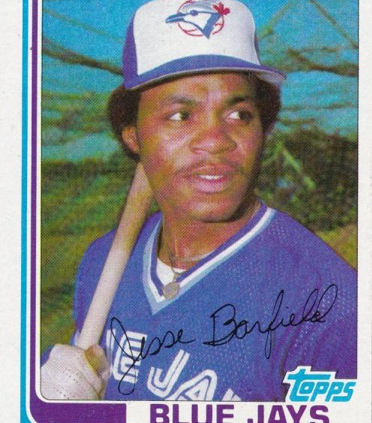 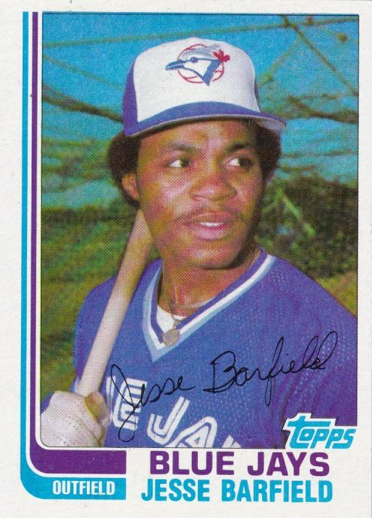 In April 1977 a brand-new baseball team called the Blue Jays took the field for the first time, kindling joy in the hearts of fans and bringing the pro game back to a baseball-starved city.

And then, two months later, it happened all over again.

The expansion Toronto Blue Jays played their first season in 1977 with only one fully dedicated minor-league affiliate — the Utica (New York) Blue Jays of the Class A short-season New York-Penn League. Jays farmhands at other levels played for teams in Jersey City, Toledo, and Charleston that were affiliated with other big-league clubs.1

The Utica team’s unique nature made it a center of attention. Toronto front-office staff attended games in Utica, and beat reporters covering the major-league Blue Jays dropped in as well. “That was pretty cool, but we were too green to realize just how unique that would be,” recalled Paul Hodgson, then a 17-year-old outfielder starting his first season in pro ball.2

Utica hadn’t hosted minor-league baseball since 1950,3 when a Philadelphia Phillies affiliate called the Utica Blue Sox made its final appearance in the Eastern League, then a Class A circuit.4 The arrival of the Jays was cause for civic celebration, as 4,189 fans packed into the city’s newly renovated, 2,700-seat Murnane Field on June 21 to watch their team take on the Little Falls (New York) Mets.5

“The town was on fire to have baseball back,” said Hodgson, who reached the majors with Toronto in 1980. “The evening before Opening Night, we had a public-invited batting practice and infield session. More than 3,000 people attended, with an autograph session afterward. What a great way to start my pro career — an excited fan base, packed stands, just great.”6

The New York-Penn League typically hosted players in their first or second year of professional play. (The average age of the 1977 Utica team: 20.4 years.) The Jays’ manager, Duane Larson, was 29 and had played Class-A ball the previous season with Reno in the California League. Larson had a staff of one coach, John McLaren, another ex-player who’d also been in the minors the season before. McLaren went on to manage the Seattle Mariners and Washington Nationals and serve as a big-league coach.

The Utica team sent three players to the big leagues, and they were all in the lineup on Opening Day. Seventeen-year-old Jesse Barfield — later a major-league All-Star, Silver Slugger winner, and two-time Gold Glover — played right field in his professional debut. Hodgson, a native Canadian, played left field. And one of the team’s “old men,” 23-year-old second-year pro Greg “Boomer” Wells, played first base. Wells feasted on New York-Penn League pitching all summer, leading the league in hits, doubles, triples, total bases, and RBIs, and placing third in batting average and slugging average.

Opening Day 1977 also marked a celebration in Little Falls, New York, a city of about 7,500 people about a half-hour drive east of Utica. Little Falls had never hosted a minor-league team. An ambitious New York-Penn League expansion from six teams to 10 created an opportunity. A meeting of league President Vince McNamara and prospective team owner Charlie Greathouse opened the door, and the efforts of Mayor Ted Wind sealed the deal.7 The Blue Jays and Mets opened their maiden season with a home-and-home matchup, playing Opening Day at Murnane Field and the next night at Veterans Memorial Park in Little Falls.

Manager Chris Krug’s Mets sent three players to the major leagues, and two of them played in the first game. One was 17-year-old infielder Wally Backman, the Mets’ first-round draft pick that month out of high school in Oregon. Backman lived up to his advance billing, hitting .325 — good for sixth in the league — and stealing 20 bases, third-best in the league. Second-year pro Jody Davis caught for Little Falls. Davis had a solid year too, finishing seventh in the league in homers, sixth in RBIs, and eighth in total bases. He became a two-time All-Star and Gold Glove winner with the Chicago Cubs.8

Utica gave the Opening Day start to righty Scott Gregory, who passed up a second-round draft selection by the Houston Astros in 1973 to attend the University of Southern California. Toronto chose him in the seventh round of the 1977 draft, and he went 5-3 with a 3.91 ERA in Utica that year. Little Falls opted for lefty Dave Biehl, a fifth-round draft pick in 1976 out of high school in Texas. Biehl struggled in the Rookie-level Appalachian League in his first season, going 0-3 with a 5.57 ERA in seven games. He found the going tough in the New York-Penn League as well, posting a record of 1-2 and an ERA of 6.11 in nine games with Little Falls in 1977. It was his final professional season.

After a first pitch by New York Lieutenant Governor Mary Anne Krupsak,9 the teams got down to business. Gregory whiffed the game’s first batter, Little Falls left fielder Mike Supczenski, to start a scoreless first. Biehl also struck out Utica’s first hitter, second baseman Rick Hertel. But third baseman Ralph “Rocket” Wheeler10 singled to left field, and right fielder Ron Sorey belted a home run to right-center field to give the Blue Jays a 2-0 lead.11 Sorey, whose career topped out at Class A, was a multipurpose threat for Utica. His 33 stolen bases led the league, while his 10 homers were second on the team to Wells’s 13. Some latecomers missed Sorey’s homer: The crowd was so large that some fans couldn’t get into the park until the third inning.

Little Falls took the lead in the third, in a burst of play sloppy enough to remind even the most star-struck fan that they weren’t watching major-league ball. A single, double, and walk loaded the bases to begin the inning, and Gregory walked Supczenski to force in the first run. Backman laced a line drive that shortstop Tom Goffena couldn’t handle. Little Falls’ Ron McDonald beat Goffena’s throw home to tie the score, 2-2, but Utica catcher Pete Rowe threw out the Mets’ Bob Healy trying to take third base. Little Falls’ Sergio Beltre hit a fly ball that Sorey lost in the lights, allowing Supczenski to score. But the Mets turned this stroke of good luck into a debacle. A “perfect” relay from Sorey to Goffena to Rowe cut down Backman trying to score, and Beltre was called out on the same play for passing Backman between second and third.12 That helped Utica escape with a one-run deficit, 3-2.

The Mets continued to give generously in the bottom half, as Biehl walked four straight Utica hitters — the last of them Hodgson — to force in the tying run. Krug pulled Biehl from the game with two out in the fourth, as Utica loaded the bases again on a single by Hodgson and two more walks. Reliever Bill Dailey, a 6-foot-5 Pennsylvanian with a side-arm delivery, got Wells to fly to right field to end the threat.13

The game quieted down for a few innings. Gregory handed Little Falls a pair of two-out walks in the fifth, but got the next hitter, Beltre, on a grounder. The Mets got only one baserunner thereafter, a seventh-inning single by McDonald off reliever Randy Wiens. Wiens got the next hitter, Healy, to ground into an inning-ending double play.14

Utica did little against Dailey until the eighth inning. With one out, catcher Rowe singled to left field. This brought up Barfield, who had arrived in Utica only the day before and almost missed the game after being hit in the ankle by a ball during pregame infield practice. Barfield slammed Dailey’s second pitch deep over the left-center-field fence to give the home team a 5-3 lead. Righty reliever Scott Farmer came on to retire the next two Blue Jays hitters. Wiens shut down the Mets in order in the ninth, wrapping up the game in just over 3 hours.15

Although Dailey’s first appearance was mostly successful, he never appeared in another game, according to Baseball-Reference. A June 30 news story noted Dailey’s release.16 For other players, including Farmer and Supczenski, 1977 proved to be their only year in professional baseball.

The Jays gave Utica a season to remember, finishing in second place in their division with a 43-28 record, 4½ games behind the Oneonta Yankees. Little Falls placed fourth in the five-team division with a 32-39 record, 15½ games out. Little Falls hosted Mets farm clubs through the 1988 season, while Utica hung on in the New York-Penn League through 2001.17

Hodgson summed up the season: “There were so many things about that season that were special to any first-year guy for sure, but I don’t think any of us from that team would ever open another season with the same fanfare, an excited town to have any team back and an expansion major-league team, growing from day 1. Man, that was cool. … It was fresh and new and unforgettable.”18

Neither Baseball-Reference nor Retrosheet provides box scores of minor-league games. The June 22, 1977, editions of two Utica, New York, newspapers, the Daily Press and the Observer-Dispatch, included extensive reporting on the game and related events.

The author thanks FultonHistory.com for making many of the cited newspapers available for research.

3 By contrast, Toronto had gone only 10 years without a professional team, as the Toronto Maple Leafs of the Triple-A International League played their final season in 1967.

4 One of the players on the 1950 Blue Sox roster was Joe Buzas, a former New York Yankees shortstop later known for a long career buying, selling, and operating minor-league baseball teams, including several in the New York-Penn League.

8 The third Little Falls Met to reach the big leagues was pitcher Alfredo Martinez, who appeared in 32 games with the California Angels in 1980 and 1981.

10 As of 2020, Wheeler had not reached the majors as a player, manager, or coach, but had managed 27 seasons in the minor leagues, mostly in the Toronto and Atlanta organizations.

17 Both cities have since hosted collegiate summer baseball teams.