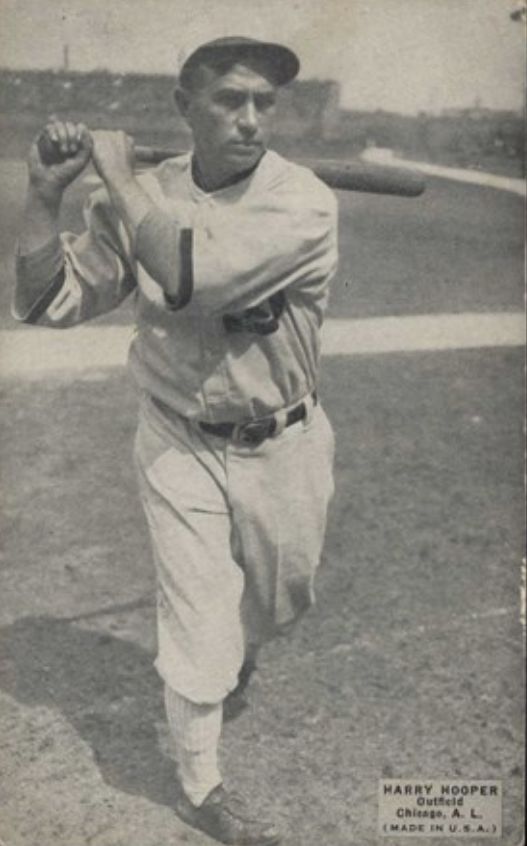 The Chicago White Sox and Cleveland Indians experienced completely different kickoffs to their 1921 campaigns. The 1920 season ended with Cleveland capturing their first World Series, over the Brooklyn Robins, after a season-long battle with the White Sox and the New York Yankees for the American League pennant. The White Sox were constantly battered by gambling-related rumors arising from the 1919 World Series. A grand jury delivered indictments against 13 people in October 1920,1 including eight accused players,2 and the major leagues named Kenesaw Mountain Landis their first commissioner the following month.3

Consequently, fans and local sportswriters were hardly optimistic about the White Sox’ coming 1921 campaign. Although starting pitchers Red Faber and Dickey Kerr were expected to deliver solid seasons and win 40 games between them, one local prognosticator commented, “[T]he young and untried members of the staff must accumulate 50 victories. It can’t be done.”6 Manager Gleason, heading into his third season guiding Chicago, commented that he had a well-balanced lineup and expected his young pitchers to gain experience during the season.

The White Sox lost their season opener to the Detroit Tigers, 6-5, and ended April with a 4-6 record, four games behind first-place Washington; the Senators were percentage points ahead of Cleveland. The White Sox continued struggling in May, compiling a 13-17 record and falling more than 10 games behind the first-place Indians. As suspected, their young pitchers struggled with their control; as one sportswriter noted, “Between watching the opposing batsman stroll to first on passes and the Sox get picked off the cushions for lack of alarm clocks the south side fans are beginning to like the movies.”7

Although the White Sox lost four of five in an early June matchup with Washington, they rebounded to win their next three series. Heading into the June 21 series opener with Cleveland, the White Sox took three of four from the Yankees and rose to a fifth-place tie with Detroit, ahead of the St. Louis Browns and Philadelphia Athletics.8 However, the Indians won the first game of the series, 6-3, behind several successful bunts.9 (On the same newspaper page, three columns over, it was disclosed that the 1919 Black Sox trial before Judge Hugo Friend would start the following Monday.10)

Cleveland, winner of the 1920 World Series, was led by Tris Speaker, in his third year as manager, and expectations were high for the Tribe to repeat as World Series champions.1112 The team started strong, finishing April with an 11-5 record that included a six-game winning streak, and ended the month percentage points behind Washington. Their good play continued in May and as June arrived, an eight-game winning streak had solidified their first-place standing, three games ahead of New York.13

Chicago’s starting pitcher on Wednesday the 22nd was future Hall of Famer Faber, who was 14-3 with a 2.52 ERA over 139⅓ innings heading into the matchup. Uninvolved with the Black Sox scandal, Faber had won 12 of 13 decisions, including his last six in a row, going back to a May 5 two-hit shutout of Cleveland. Faber’s repertoire included a spitball, sinking fastball, and curveball;14 although the spitball was banned after the 1920 season, Faber was one of the 17 pitchers allowed to continue throwing the pitch.15 Faber was credited with throwing a speed spitter, receiving credit for his effectiveness in spite of a downgraded defense behind him.16 In a 1922 Baseball Magazine article, Faber noted, “Of course I depend a great deal on the spit ball. But I do not use spitters exclusively. I throw a lot of fast balls and some curves.”

Jim Bagby, Cleveland’s starter, was struggling with a 7-7 record and 4.85 ERA. Although he started the season strong by winning his first four decisions, Bagby hadn’t been able to replicate his previous season’s success, when he led the AL with 31 wins, 30 complete games, 339⅔ innings pitched, and a 2.89 ERA. Bagby was well-known for his fadeaway pitch, which he developed after suffering a broken arm while playing outfield for the minor league New Orleans Pelicans during the 1913 season.17

The White Sox crossed the plate first when future Hall of Famer Harry Hooper delivered his second homer of the season a vicious solo shot into the right-field bleachers in the first inning.18 After spending the first 12 seasons of his career with the Boston Red Sox, the popular Hooper had been traded to Chicago for Shano Collins and Nemo Leibold. Although most fans were shocked by the trade, those familiar with Boston’s management were hardly surprised. A Boston sportswriter wrote, “For Harry Hooper, most popular player ever to wear a Boston uniform, the greatest right fielder of the past decade and the bulwark of the nearly denuded championship tree, has been handed over to Chicago in an eleventh hour trade and his passing marks the loss of the last great player to bring glory to Boston under the leadership of the stalwart Bill Carrigan.”19 Hooper was glad to leave the Red Sox; 70 years later he told author Lawrence Ritter that once Harry Frazee acquired the club and needed cash, “before long he sold off all our best players and ruined the team.”20 Hooper provided a much-needed offensive boost to his new team; through Chicago’s first 56 games, he was hitting .319 with 35 runs and five triples in 253 plate appearances. After spending April as the leadoff batter, he was moved to the cleanup spot by Gleason, then, just before the Cleveland series, into the number-3 position in the batting order.

In the top of the second, Cleveland first baseman Doc Johnston hit a catchable fly ball to left-center that fell between outfielders Bibb Falk and Amos Strunk for a double after missed communications. The next hitter, Les Nunamaker, singled home Johnston to tie the score, 1-1. In the sixth, Indians shortstop and future Hall of Famer Joe Sewell tripled, and Nunamaker drove him in with a sacrifice fly to right field, giving the Indians a 2-1 lead.

In the bottom of the sixth, Chicago catcher Ray Schalk walked, reached second on Faber’s sacrifice, and moved to third on Ernie Johnson’s bunt single. Eddie Mulligan hit a grounder to Cleveland second baseman Bill Wambsganss, who prevented Schalk from scoring by keeping him planted at third base. Hooper followed Mulligan with an infielder grounder to short, and was narrowly thrown out at first by Sewell to end the inning. The hometown White Sox still trailed by a run.

Cleveland’s Johnston benefited from another fortunate outfield bounce in the eighth, and he reached second base with his second double. Once again, Nunamaker followed with a single to right field, scoring Johnston as Nunamaker drove home his third run.21

In the bottom of the ninth inning, the White Sox were trailing 3-1. Mulligan grounded to shortstop for the first out. Hooper strode to the plate and delivered his second homer, a blast to right that “also landed among the sun-kissed fans.”22 Falk singled to center field off Bagby and Strunk walked to put the tying and winning runs on base. First baseman Earl Sheely launched a long fly to deep left field that landed foul, then flied out to center fielder Tris Speaker for the second out. Pinch-hitter Johnny Mostil grounded out to second base, ending Chicago’s threat.

The White Sox finished June with a 9-15 record, managed a .500 record during July, and then struggled for the remainder of the season. Chicago ended the 1921 campaign with a 62-92 record, 36½ games behind pennant-winning New York. Although Faber’s winning streak was snapped with the loss to Cleveland,23 he delivered a sensational season, leading American League pitchers in ERA (2.48), and compiling a 25-15 record over 330⅔ innings, including a league-leading 32 complete games. Hooper led the White Sox in OPS (.876) and slugging (.470) while finishing second on the team in homers (8) and tied for second best in stolen bases (13). He also led the junior circuit in fielding percentage for right fielders (.975).

Footnote: The Cleveland game was the first in which Hooper hit two home runs in a game. He hit eight round-trippers that season. Remarkably, he smacked two in a game again that season, against the Yankees on September 13. This time the White Sox won, 6-2.

6 Irving Vaughan, “How Teams of Major Circuits Size Up in Chase for Pennants and Then — World Series Glory,” Chicago Tribune, April 10, 1921: 17.

11 Irving Vaughan, “How Teams of Major Circuits Size Up.”

20 Lawrence S. Ritter, The Glory of Their Times: The Story of the Early Days of Baseball Told by the Men Who Played It (New York: Quill William Morrow, 1992), 151.