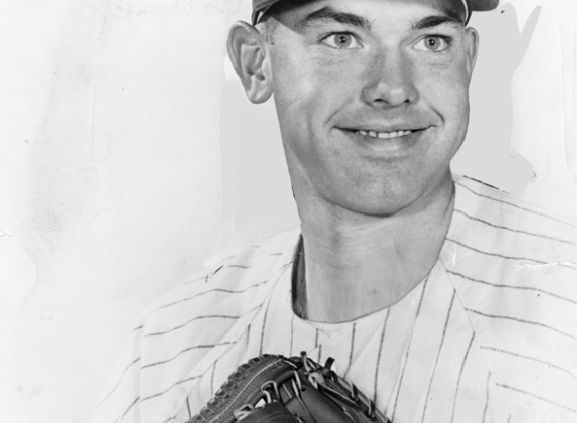 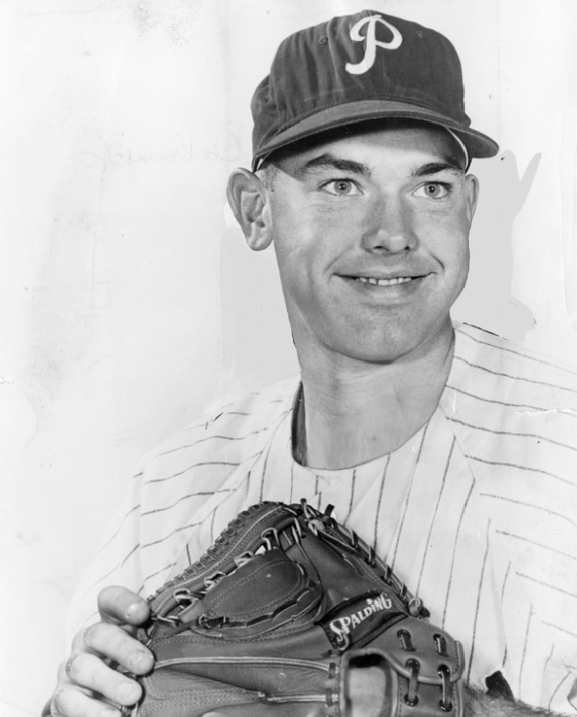 The Pirates were fresh off winning the 1960 World Series in one of the most exciting games ever. The good feeling bled over for a while; on May 24, 1961, they were 20-13, in second place, only one game out of first. But then they lost five in a row, fell into fourth place, and entered the June 23 game with a record of 32-27, six games out.

The Phillies, on the other hand, were fresh off finishing in last place. Terrible as usual, they came into the game having lost seven in a row; earlier in the season, they had lost 10 straight. Their record was 18-40 and they were in last place, 19½ games out.

The Pirates attacked future Hall of Famer Robin Roberts in the bottom of the first. With one out, Dick Groat doubled to left1 and scored when Bob Skinner tripled to right-center. Pittsburgh’s cleanup hitter, Dick Stuart, reached on an error by third baseman Charley Smith as Skinner held at third. When Roberto Clemente doubled to right, Skinner scored and Stuart moved to third. With first base open, Roberts intentionally walked Don Hoak to load the bases. The strategy worked when Don Leppert grounded into a 5-4-3 double play. The Pirates led 2-0.

The Pirates continued to pound Roberts in the third as Stuart and Clemente started the inning with doubles. Atypically, Stuart stopped at third on Clemente’s two-bagger. Again Roberts intentionally walked Hoak to load the bases and face Leppert. Again the move was successful as Stuart was forced at home on Lepper’s grounder.

But the success was temporary as Phillies catcher Jimmie Coker allowed a passed ball that permitted Clemente to score and the other runners to advance. Mazeroski drove in Hoak with a sacrifice fly. When Roberts served up a run-scoring triple to pitcher Gibbon, Phillies manager Gene Mauch yanked Roberts and replaced him with Jack Baldschun. If allowing six runs in 2⅔ innings didn’t seal Roberts’s fate, giving up an extra-base hit to the opposing pitcher surely did. The inning ended with the Pirates ahead 6-0.

The Pirates were finally held scoreless in the fourth, but in the fifth, they jumped on Baldschun’s replacement, Jim Owens, with three more runs to build a 9-0 lead. Clemente and Hoak started the inning with singles. After Leppert struck out, Mazeroski singled, scoring Clemente and moving Hoak to third. Gibbon reached on an error by Coker that scored Hoak. Virdon followed with a single to center to drive in Mazeroski. Owens got out of the inning when Groat grounded into a second-to-short-to-first double play.

Through five innings, the Phillies had mustered only three singles and two walks and the probability that they would win dropped below one percent.2 But they fought back in the sixth. With two outs, Pancho Herrera singled to right and Don Demeter homered to left and the Phillies were on the scoreboard, albeit trailing 9-2.

But the Phillies gave those two runs back in the bottom of the seventh. With Dallas Green on the mound and one out, Walt Moryn, pinch-hitting for Gibbon, singled to center field and Virdon singled to right. After Groat was hit by a pitch, Skinner singled Moryn and Virdon home and Pittsburgh’s lead was back to nine, 11-2.

The Phillies launched another effort at a comeback in the eighth. With the Pirates’ Clem Labine pitching in relief of Gibbon, Tony Taylor led off with an infield single. Pinch-hitting for right fielder Ken Walters, Tony Gonzalez singled to center. Herrera walked, loading the bases, and Demeter ripped a double to left, scoring Taylor and Gonzalez.

Unhappy with Labine’s short performance, Pirates manager Danny Murtaugh replaced him with Roy Face. But Charley Smith cracked a single to right-center, scoring Herrera and Demeter and cutting Pittsburgh’s lead to 11-6. Face then faced three consecutive pinch-hitters – Johnny Callison, Elmer Valo, and Clay Dalrymple. He struck out Callison, walked Valo, and got Dalrymple to hit into a double play, escaping without any further scoring.

After the Pirates were retired in order in the bottom of the eighth, the Phillies were losing 11-6 and down to their last three outs. But Bobby Del Greco, Taylor, Gonzalez, and Herrera singled and suddenly the Phillies had closed to 11-8 and had the tying run at the plate. Earl Francis relieved Face and, coincidentally, the Pirates’ defense fell apart.

Demeter hit a potential double-play grounder to shortstop Johnny Logan, but the ball got stuck in Logan’s glove, leaving time only for the force at second as Gonzalez took third. Again the Pirates failed to execute a possible double play, this time a game-ending one, when Smith grounded to third baseman Hoak, who threw wildly to second as Gonzalez scored, Demeter took second, and Smith, first.

With no position players left to pinch-hit, pitcher Ken Lehman batted for himself and tapped the ball inches in front of home plate. Leppert tried to get the force at second, but heaved the ball into center field as Demeter scored the Phillies’10th run and Smith went to third. When Bobby Malkmus hit a sacrifice fly, Smith scored and the game was tied, 11-11.3

With Lehman on first and two outs, the Pirates seemed on the verge of getting out of the inning when Dalrymple popped a lazy foul behind home. But their nightmare continued when Leppert dropped the ball. Given a second chance, Dalrymple got the count to 3-and-2 and singled to left-center with Lehman running on the pitch. Skinner fielded the ball, but slipped and fell as he threw, causing a wild peg to cutoff man Logan. By the time Logan’s relay reached the plate, Lehman was sliding home, safe by an eyelash, and the Phillies took the lead, 12-11.4

When the shell-shocked Pirates went down without a fight in their half of the ninth, the Phillies had a stunning victory.

For the Pirates, Clemente and Virdon each had three hits and Skinner drove in three runs. The Phillies got three hits from Taylor and four RBIs from Demeter.

In the clubhouse, the Phillies enjoyed some long-awaited laughs. Lehman, who won his first major-league game in more than three years, poked fun at his batting and baserunning. “That ball I hit came back and was laying on home plate. I thought it was foul. Then the catcher picked it up and I thought, ‘Lord, what if it winds up a double play to end the game? ‘The slide? Well, that was a work of art. Anybody else would have been out, but I tiptoed in there.” 5

None of the last four runs scored by the Phillies were earned, due to four errors, two by Leppert. Leppert compounded the effect of his miserable fielding by going 0-for-5 and leaving 10 runners on base.

A 29-year-old rookie, Leppert reached the major leagues after six years in the minors. He had played his first game just five days before and, on the first pitch he saw, hit a home run. After two seasons with Pittsburgh, he was traded to the Washington Senators.

In 1963 Leppert got off to a great start, hitting .387 in late April and making the American League All-Star team. Leppert’s early-season streak included a game in which he hit three home runs, leading to the distinction of being one of only five players since 1904 who hit three home runs in a game and as few as 15 in a career.6

After hitting only .156 in 1964, Leppert retired and later became a coach, for which most readers remember him. He enjoyed an 18-year career, coaching for the Pirates, Blue Jays, and Astros, from 1968 through 1985.

Despite their dramatic win, the Phillies’ season was pathetic. Not only did they, for the fourth consecutive year, finish in last place, they spent all but 13 days there. They won only 47 games and ended up 46 games behind the first-place Cincinnati Reds and 17 behind the seventh-place Chicago Cubs.

The next season, the Phillies improved significantly, winning 81 games and increasing their winning percentage 198 points, the sixth most in major-league history.7

The Pirates played the rest of the season eight games below .500 and finished 75-79, in sixth place, 18 games out of first. Clemente, however, was brilliant: He led the NL with a batting average of .351 and finished fourth in voting for Most Valuable Player.

1 The box score and play-by-play of the game can be found at baseball-reference.com/boxes/PIT/PIT196106230.shtml.

5 Hochman, “Everybody’s Laughing but the Pirates.”