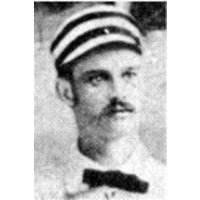 The Patent Plastic Composition Ball manufactured by A.J. Reach & Co. of Philadelphia was the official baseball used by the American Association in 1885. Through games of June 24, the Philadelphia Athletics scored an average of 7 runs per game, while the Brooklyns1 averaged 5½ runs per game. But when these teams met on Thursday, June 25, they combined to score 35 runs. It appeared they were using a much livelier ball. Philadelphia’s George Strief, a 28-year-old shortstop, enjoyed a big day at the plate. Strief was known for his fielding, not his hitting; entering the 1885 season, his career batting average was .198.

Harry Stovey played first base and managed the Athletics. After a slow start, the team was on a roll, with a 12-4 record in June, and was tied for fourth place in the eight-team league. Its ace, Bobby Mathews, was selected to pitch against the Brooklyns on June 25. The “little” twirler (5-feet-5½) was “one of the best pitchers in the country.”2 His best pitch was an “all-around-the-corner curve.”3 He was 33 years old and “like wine[,] improves with age,” said the New York Times.4

Charles Byrne was owner and president of the Brooklyns. His team was near the bottom of the standings, in seventh place. On June 17 he sent a 20-year-old rookie named John Smith to pitch against the St. Louis Browns. Several Brooklyn players protested the newcomer by deliberately making errors on defense; there were 14 errors committed in all, including seven by shortstop George Smith, in an 18-5 loss.5 A few days before this “disgraceful exhibition,” manager Charlie Hackett resigned because of player insubordination.6 Byrne was now the manager, and after the debacle of June 17, he lectured the team: “Hereafter you will have to put forth your utmost ability, and give the club faithful and honest service on the field or be expelled from the ranks.”7 The team responded by winning three of the next four games.

The Brooklyns batted first. The first inning was scoreless. In the top of the second, captain John Cassidy singled, reached third base on a passed ball, and came home on George Pinkney’s single (the first of Pinkney’s six singles in the game). Smith singled, and he and Pinkney advanced further on another passed ball. Mathews was pitching to a third-string rookie catcher named Marshall Quinton, and it was clear that Quinton had trouble catching Mathews’ deliveries. Pinkney scored when Harkins went out, and Smith was brought home by Bill Krieg’s single, as the Brooklyns went ahead, 3-0.

The Athletics scored five runs in the bottom of the fourth. Stovey, John Coleman, and Fred Corey singled and Strief doubled in the inning. Two errors by the Brooklyn defense and a wild pitch by Harkins contributed to the rally.

The Brooklyns came right back with five runs in the top of the fifth. They had no trouble swatting Mathews’ offerings. Six hits, including a triple by Smith, did the damage. The Brooklyn Daily Eagle surmised that Mathews was throwing pitches that were easier for Quinton to catch, yet they were easier for the Brooklyns to hit. Nonetheless, Quinton was guilty of another passed ball in this frame.

In the bottom of the fifth, Stovey was credited with a home run on a fly ball to right field that was muffed by Cassidy. After five complete innings, the Brooklyns led 8-6.

Mathews decided that he was done pitching. He swapped positions with Coleman in right field at the start of the sixth inning. The Brooklyns feasted on Coleman’s pitching, scoring 10 runs in the inning. There were five singles, two doubles, and two triples. The ball was hit “like a rifle shot” to all fields, said the New York Times. Amid the onslaught, Mathews erred on a fly ball hit to him in right field.

The Athletics also clouted the ball. Henry Larkin hit two home runs, and Strief hit four triples to go with his earlier double. The final tally was Brooklyns 21, Athletics 14. The New York Sun attributed the slugging to “an unusually hard and elastic ball.” It was a “lively ball,” said the Daily Eagle; it bounded with “unusual elasticity” and caused “errors in the field.” For the spectators, the game was tedious; at 2 hours and 30 minutes, it was “the longest nine-inning game of the season,” said the Sun.

This was the final game of Quinton’s major-league career. In seven games for the Athletics, he was charged with 28 passed balls, including four in this contest.

Strief set a major-league record with four triples in one game, a record that was tied once (by Bill Joyce in 1897) but never broken through 2019. Strief hit five triples in 175 at-bats in 1885, and four of them came in this game. Strief also set a record with five extra-base hits in one game; this record was tied 12 times but never broken through 2019.8 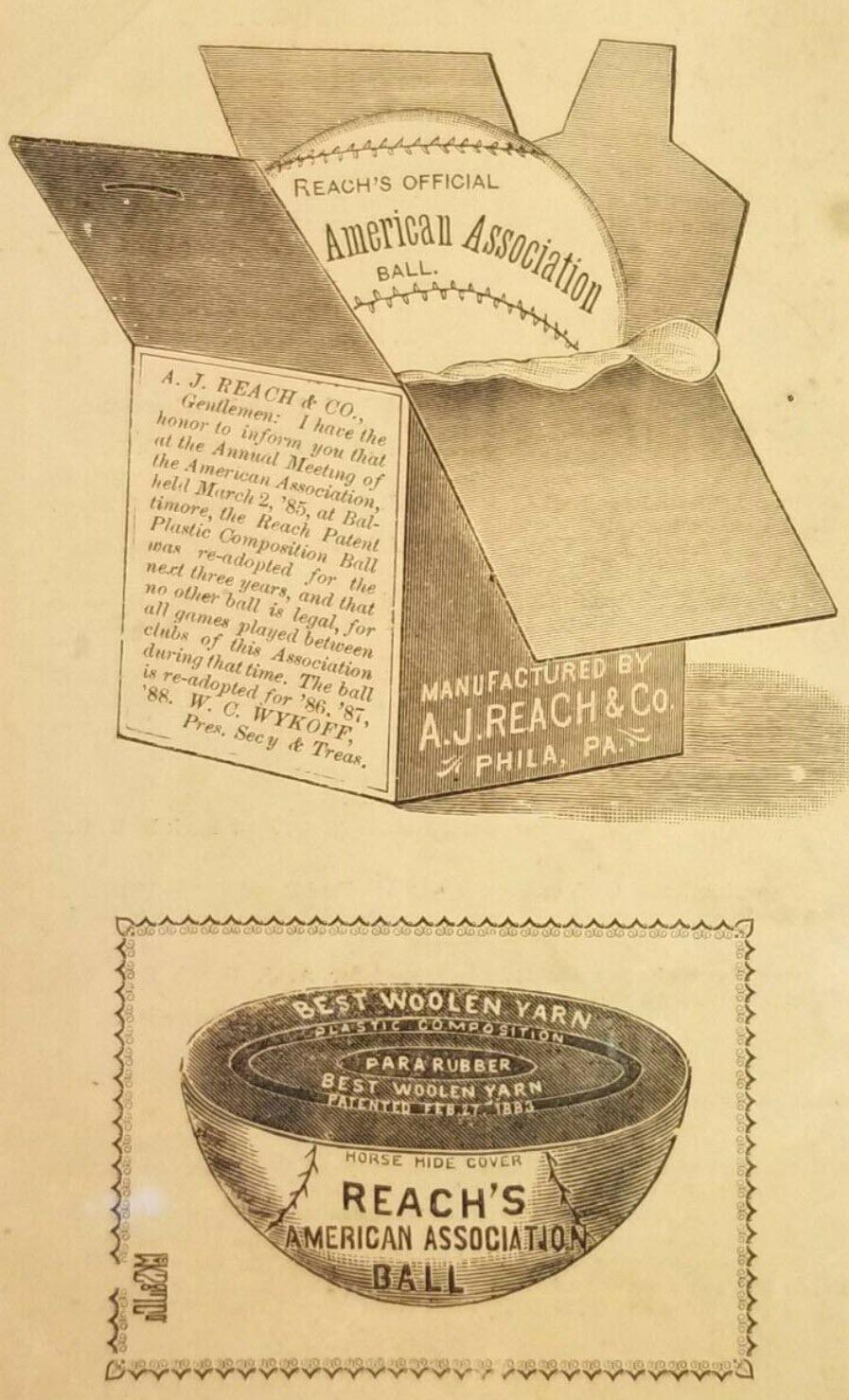 Advertisement on the back cover of Reach’s Official American Association Base Ball Guide, 1887.

1 Baseball-reference.com (accessed January 2020) refers to the 1885 Brooklyn team of the American Association as the “Brooklyn Grays,” but in period newspapers, the team was called the “Brooklyns.”