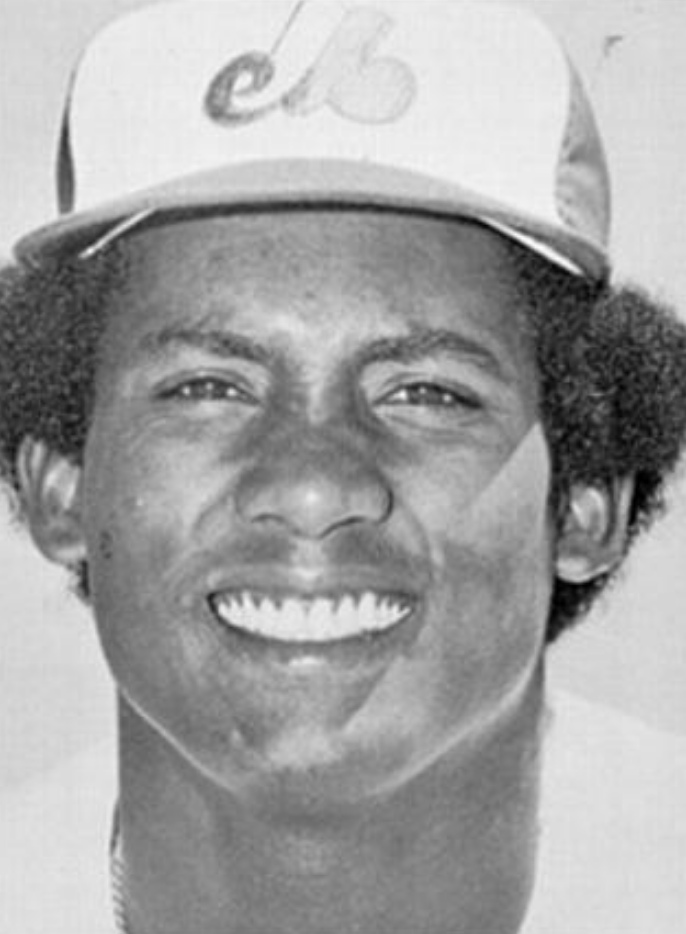 It takes two to tango and two to mambo
But you can do it all with just one Bombo
Bombo Rivera will carry us to victory!
— “The Ballad of Bombo Rivera”1

Expos outfielder Bombo Rivera sported a career batting average of .224 with no home runs and four RBIs when the game began. Yet the game story in the Pittsburgh Press called him “the ever-popular Bombo Rivera,” a reference that must have puzzled many of the newspaper’s readers.2 Expos fans needed no explanations. Although Rivera wasn’t the most talented player in a Montreal uniform, the 23-year-old was admired for his hustle and friendly demeanor. Of course, having one of the best names in baseball didn’t hurt. Public-address announcer Richard Morency introduced Rivera to the Jarry Park faithful with a flair that brought back memories of John Boccabella’s introduction during the team’s first five seasons. The fans ate it up.

The Expos had signed the crowd-pleasing Puerto Rican as a 17-year-old free agent. After five seasons climbing the minor-league ladder, Rivera made the Expos out of spring training in 1975, only to be sent down to Memphis in late April after just 11 plate appearances. He tore up Triple-A pitching that spring, and when it looked as though Rivera might be recalled, he broke his ankle on June 9, abruptly ending his season.3 Rivera made the big club once again in 1976, although he was mostly limited to starting against left-handed pitchers.

After beginning play in 1969, the Expos were moving into phase two of their development with a youth movement. Their position players were the youngest in the major leagues in both 1975 and 1976. While the front office expected some growing pains, the 1976 season was a disaster. Rookie manager Karl Kuehl had never managed at the major-league level, and he clashed with some of the veteran Montreal players.4 Injuries were also a factor. On June 6, 22-year-old Gary Carter, playing in right field, broke his thumb in a collision with Pepe Mangual and was out of action for six weeks.5 His hitting suffered when he returned. Their best pitcher, Steve Rogers, broke a bone in his pitching hand on May 25 and missed just over a month. Coming into their June 26 game against Pittsburgh, the beleaguered Expos were in last place with a 23-40 record, a whopping 22½ games behind the first-place Phillies.

The powerful Pirates had won the NL East in five of the previous six seasons, yet 1976 was shaping up to be the Phillies’ year. Even with their solid 37-28 record, the Pirates trailed a red-hot Philadelphia squad by 9½ games.

In a battle of southpaws, the Bucs sent Jerry Reuss (7-5, 3.97 ERA) to the mound to face Dan Warthen (1-8, 5.59 ERA). Warthen had been struggling, posting a bloated 11.20 ERA in his last four starts, so he was fighting to retain his job in the starting rotation. This outing was no help, as Warthen surrendered three singles and two walks to the first seven batters. With the Pirates up 3-0, Kuehl gave his starter the quick hook.6 Reliever Steve Dunning avoided any further damage in the inning, although he gave up three more singles in the top of the second, including an RBI single to Al Oliver that extended Pittsburgh’s lead to 4-0.

Reuss limited the Expos to a pair of walks and an infield single by Rivera over the first two innings. After getting the first two outs in the bottom of the third, Reuss gave up back-to-back singles to José Morales and Pete Mackanin. Barry Foote, batting .228 and mired in a 0-for-13 slump, walked to load the bases for Rivera. On a 2-and-2 count, Reuss threw an outside fastball, and Rivera went with the pitch, driving the ball into the right-center-field gap.7 Oliver attempted to backhand the ball, but it eluded his glove and rolled to the fence.8 He tracked the ball down, and after some trouble picking it up, relayed it to shortstop Frank Taveras as Rivera steamed into third. Third-base coach Ozzie Virgil waved him home, Taveras’s throw veered off line, and Rivera was safe at home for an inside-the-park grand slam. It was Rivera’s first major-league home run and tied the game, 4-4.

After the two teams got through a relatively clean fourth inning, the game was marred by a string of mental and physical errors.9 The Pirates scored single runs in the fifth and seventh innings, only to have the Expos claw back to tie the score both times.

It was 6-6 when the Pirates came to bat in the top of the eighth. Oliver opened the inning by hitting a one-bouncer off the left-center-field fence for a double. Reliever Dale Murray, who had come in to get the final out of the seventh inning, threw the ball into center field on a pickoff attempt, and Oliver advanced to third base with nobody out. Willie Stargell hit what appeared to be a harmless fly ball down the left-field line, and Mangual ranged into the Expos bullpen in foul territory to make the catch.10 Oliver tagged up and bluffed going home, forcing Mangual to make a throw to the plate. The catcher, Foote, lost the throw in the lights; the ball glanced off his glove and rolled to the backstop, and Oliver restarted for home. Murray retrieved the ball with enough time to make a play at the plate, but his wild throw allowed Oliver to score the go-ahead run.11

Pittsburgh reliever Larry Demery held the Expos scoreless in the eighth and ninth innings to preserve the 7-6 victory.

Inside-the-park grand slams were relatively rare occurrences in the 1970s. Rivera was the seventh player to hit one in the major leagues that decade.12 Only four days earlier, on June 22, 1976, Kevin Bell of the Chicago White Sox had hit an inside-the-park grand slam in Kansas City. Coincidentally, it was Bell’s first career homer as well.13

Bombo Rivera was the only Expo to ever hit an inside-the-park grand slam. More than 41 years later, Michael Taylor of the Washington Nationals became the second player in franchise history to hit one when his fly ball was misjudged by Philadelphia outfielder Odubel Herrera on September 8, 2017. The only other inside-the-park grand slam in the first 20 years of the twenty-first century was hit by Philadelphia’s Aaron Altherr on September 25, 2015. In another coincidence, it was Taylor who made the ill-fated attempt at a diving catch on Altherr’s sinking liner.

Rivera spent the entire 1977 season with the Triple-A Denver Bears. Andre Dawson, Ellis Valentine, and Warren Cromartie were all in their early 20s when that season began, giving Montreal a wealth of young outfielders at the major-league level. Although Rivera had an outstanding season in Denver, he was deemed redundant on the Expos’ rapidly improving roster. Montreal sold his contract to the Minnesota Twins in October 1977 and Rivera’s popularity continued to grow during his time in Minnesota. In addition to his being a favorite of Twins fans, Minnesota-based radio personality Garrison Keillor wrote a song called “The Ballad of Bombo Rivera,” and Canadian author W.P. Kinsella briefly mentioned Rivera in his novel Shoeless Joe, the book that inspired the 1989 film Field of Dreams.

Even though he made only 210 plate appearances in his two seasons in Montreal, Expos fans of a certain age never forgot Rivera. More than 42 years after his inside-the-park grand slam, he returned to the city for a sports collectible show at Stade IGA, the tennis complex that features remnants of old Jarry Park. “My biggest memory with the Expos was when I hit my first home run here at Jarry Park and it was a grand slam,” Rivera reminisced. “I’m going to remember that for the rest of my life. Now that I’m old, I realize how big it was.”15

4 A major factor in the hiring of Karl Kuehl was his familiarity with the young Expos players. He had managed in Montreal’s minor-league system from 1972 to 1975. When Kuehl was fired on September 4, 1976, the Expos had a dismal record of 43-85.

5 Montreal’s best hitter, the diminutive Pepe Mangual, suffered a concussion in the collision with Gary Carter. He missed four games as a result of the injury.

6 With Steve Rogers just a couple of days from being activated from the disabled list, Dan Warthen was demoted to the Expos bullpen shortly thereafter.

9 The official scorer charged the Expos (3) and Pirates (2) with a combined five errors, although the game contained several more blunders. Aside from the ones mentioned in the account, four additional misplays occurred. In the bottom of the sixth, Manny Sanguillen allowed Clay Kirby’s sacrifice to go for a fielder’s choice when he threw late to second base in an attempt retire Larry Parrish on a force out. Later that inning, second baseman Rennie Stennett attempted to complete a double play when he had no chance to get the runner at first base, allowing Parrish to score. In the top of the eighth, Dale Murray was too close to the catcher when he backed up the throw home, and the eventual game-winning run scored when the ball went over his head. After a leadoff double in the bottom of the ninth by Jim Lyttle, Jerry White was unable to bunt him to third base. The next batter, Pete Mackanin, hit a fly ball that was deep enough to have scored Lyttle from third with the tying run.

10 Mike Jorgensen had pinch-hit for left fielder Rivera in the bottom of the seventh inning, so Pepe Mangual had moved from center to left field in the top of the eighth.

13 Bell, a 20-year-old third baseman, was playing in his seventh major-league game when he hit his inside the park grand slam.