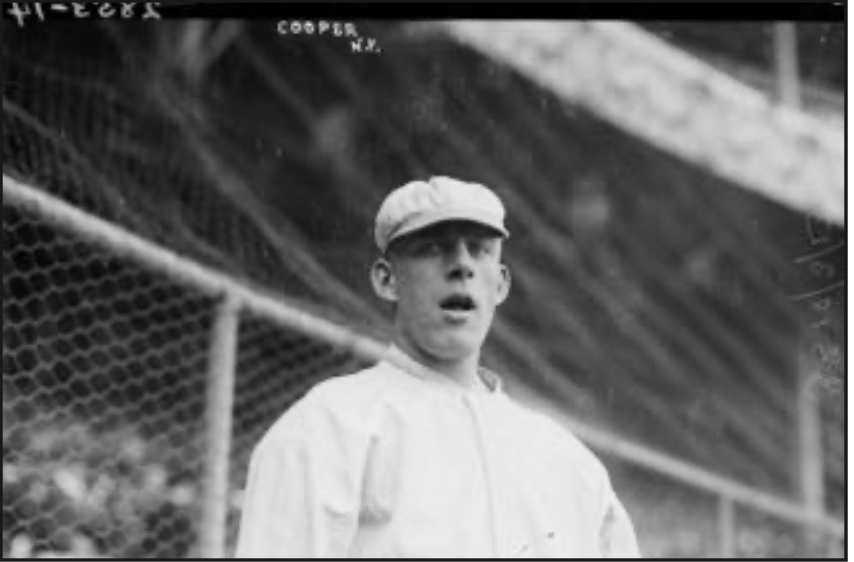 Fledging leagues need paying customers to survive, but sometimes owners have to give away free samples to entice potential consumers to pay for products. This kind of thinking led to Fans’ Day, when, “[f]or the first time in many years admission to a big league game was free”1 as the Federal League’s Brooklyn entry’s “gates will be open to everybody. … the regular patrons will have the reserve seats. [Brooklyn] President Robert B. Ward … says he knows of 9,000 who will attend the game.”2

With “a crowd estimated at 18,000 fans,” Brooklynites greatly exceeded Ward’s expectations, suggesting “that either the fans are short of the necessary price of admission or else [are] losing heart to the baseball strife between the Federal league and organized baseball. The scheme proved such a howling success that [FL] President [Jim] Gilmore, who attended the game, said the idea will be adopted in every city in the league. …”3

To face Brooklyn, Chicago manager Joe Tinker tapped Mike Prendergast, although the day before the start a brief reported ominously that he “has a sore arm. He was elected to work in the final game, but his wing will probably not permit [him to do so].”4 Brooklyn skipper Lee Magee countered with Dan Marion, who would lead the 1915 Tip-Tops with 12 wins.

The Prendergast premonition proved prophetic as he failed to get out of the second inning as the Tip-Tops tallied two runs on a double by George Anderson. Picking up Prendergast, Claude Hendrix ran into similar troubles in the third inning, an unsurprising result given that Hendrix had started against Brooklyn two days earlier, when, in only 2⅔ innings of work, “the Tip Tops took kindly to his spitters and knocked him off the mound with … five runs.”5

In the third, Jack Farrell’s throwing error allowed Brooklyn’s Benny Kauff to reach second. Hendrix, who averaged 2.7 walks per nine innings in 1915, then walked Steve Evans and Fred Smith to load the bases. Anderson’s sacrifice fly scored Kauff, and Mike Simon drove in the second Tip-Top run of the inning and fourth of the game with a single. On the play, however, a relay by the Whales from center fielder Dutch Zwilling to shortstop Jimmy Smith to catcher William Fischer cut down Fred Smith trying to score.

“For four innings … Marion held the Chicago sluggers to one lone hit, but in the fifth he wavered”6 as the Chicago comeback began. Les Mann bunted his way on to first, Farrell walked, and Hendrix singled to load the bases with none out. Both Smith and Max Flack hit RBI groundouts to cut the Brooklyn lead to 4-2.

The Tip-Tops tacked on another run in the bottom of the sixth to go up 5-2 after Claude Cooper walked, stole second and came home on [Al] Halt’s single.”7

The seventh proved lucky for the Whales, who rallied for four runs to take a lasting lead. The uprising began with Hendrix’s second single of the game, a microcosm of a season in which Hendrix would have several key hits8 on the way to an OPS of .766, a figure that none of the Whales’ infielders could match. Smith doubled Hendrix to third. Flack singled to score Hendrix as the Tip-Tops now led 5-3. Fischer walked to load the bases. Fin Wilson came on to relieve Marion but failed to stanch the rally albeit through little fault of his own. Zwilling’s fly scored Smith as Chicago now trailed 5-4. Tinker got to work. He pinch-ran Bill Jackson for the catcher Fischer, and pinch-hit Charlie Hanford for Harry Fritz. In the key plate appearance of the game, Hanford hit to third baseman Halt, who could not stop the ball, which went into left field as Flack scored to tie the game. The ball then got away from Anderson as Jackson scored to put the Whales up 6-5, thanks to the double error.

Chicago scored a seventh run in the eighth and put the game out of reach in the ninth on a rally in two ways completely atypical of the Deadball Era. First, not one of the three players who scored had started the game. Second, the final two runs tallied on a homer. Making the second of his three career appearances, Bill Herring walked Jackson to bring up Tex Wisterzil, who had just come to Chicago from Brooklyn,9 ironically because Magee preferred Halt to Wisterzil at third base.10 Having replaced Hanford at third, Wisterzil got revenge on his former mates by doubling in Jackson. Art Wilson, who had replaced Fischer behind the plate, homered to put the Whales up by the final score of 10-5.

The win proved vital for Chicago, which won the second and last Federal League pennant by the slimmest of margins, namely, one-one-thousandth of a percentage point over St. Louis. For beating Brooklyn, great credit must go to Tinker, who used 14 players. His six substitutes scored five runs and made the difference in the game. One reserve, Bill Jackson, who played for Chicago in both 1914 and 1915, scored two runs in this contest for the only time in his 76-game FL career. Another, Claude Hendrix, really filled the box score. Hendrix had two hits at the plate and gave up only three hits on the mound. He did throw a wild pitch and walk six, tied for the third-worst performance of his career in the latter category and the most free passes he ever issued as a reliever. Presumably, Hendrix’s spitball moved more than usual, with positive results in terms of Hendrix being difficult to hit and negative results in terms of strike-throwing.

Although Brooklyn cranks may have departed Washington Park unhappy with the outcome of the game, the fun kept going at the Prospect Theater in Brooklyn, which that evening featured a vaudeville baseball act. Attendees included “Benny Kauff, the ‘mallet king,’ whose purple-colored check suit made a noise like a home run with the bases full.”11

Alas, the story of the Tip-Tops has a sad ending. The team lost its final five games of the season to finish in seventh place with a 70-82 record. The final two games in the history of the franchise took place at home in front of crowds of 200 and 800 respectively. “Brooklyn’s Ward had lost $800,000,”12 no surprise given these paltry figures. With the big attendance figure of Fans’ Day a distant memory and the high hopes of the Federal League dashed with its dissolution, Brooklyn would go back to being a one-team town in 1916, when the Brooklyn Robins would capture the NL pennant.

1 Brief description above box score in Sporting Life, July 10, 1915: 16. The paper goes on to say that attendees could enter the game for free to commemorate “the opening of the new Fourth Avenue subway” the prior week. “The 4th Avenue (Brooklyn) subway began service on June 22nd, 1915,” according to “BMT 4th Avenue Line,” nycsubway.org/wiki/BMT_4th_Avenue_Line (accessed May 30, 2018).

8 Mark S. Sternman, “The Last Best Day: When Chicago Had Three First-Place Teams,” sabr.org/research/last-best-day-when-chicago-had-three-first-place-teams (accessed May 30, 2018). “With a batting average of .241, 13 home runs, and 97 RBIs over the course of his 10 seasons, the 6′, 195-lb. right-hander was also good enough with the bat to be used frequently as a pinch-hitter.” Jonathan Dunkle, “Claude Hendrix,” sabr.org/bioproj/person/fca42ef7 (accessed May 30, 2018).

9 “The Chicago Club has purchased third baseman Tex Westerzil [sic] from the Brooklyn Club. He is to fill the vacancy caused by the illness of Rollie Zeider.” “Federal League Facts,” Sporting Life, July 3, 1915: 7. Wisterzil had a vagabond 1915 season. Between June 24 and August 2, he played for Brooklyn, Chicago, St. Louis, and Chicago again.