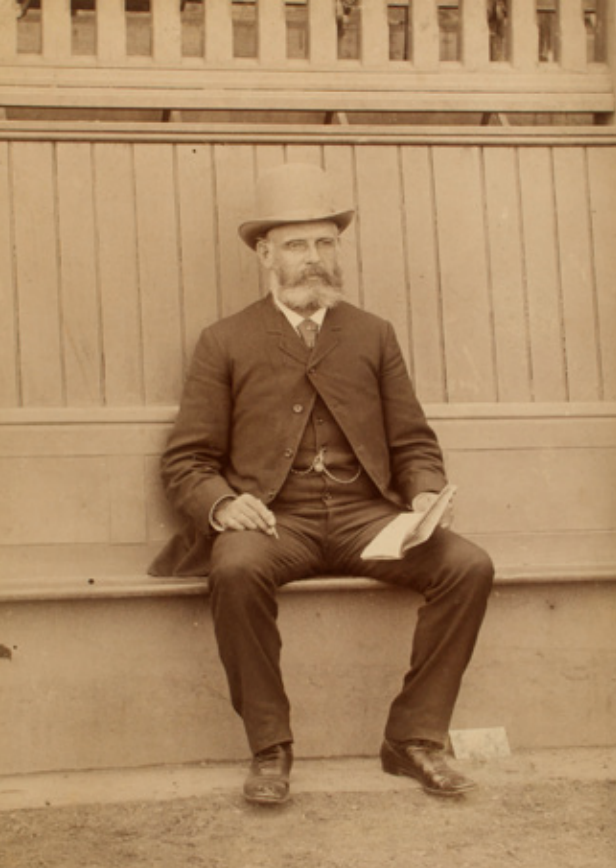 The champs of 1872 got off to a slow start in 1873. Matches were few and far between in the early going: Up to their hosting New York’s Mutuals in back-to-back meetings May 30 and 31, they had played only five games. By that point, the Baltimore Canaries had already seen 17 contests, the new White Stockings of Philadelphia, 13. Only the Marylands (also of Baltimore) had played fewer games: three — which turned out to be half of that franchise’s entire major-league total.

But with the two-game Mutual series, things began heating up for Boston, with 14 games scheduled over 19 days — three of those 19 being Sundays, on which no ball could be played anyway. The teams split their end-of-May miniseries, New York getting the better of a close 6-4 contest, and then Boston coming back strong with a 16-9 triumph on the 31st.

After seven games at home to open the season, Harry Wright’s Red Stockings traveled to New York to begin a two-week road trip that would see them visiting all their NA opponents save the Athletics and Marylands.  A masterful shutout by Al Spalding against Brooklyn on June 2 put the Reds’ record at 5-3 as they prepared to face the Mutuals the next day.

The Mutes were struggling, having managed only two victories in 11 decisions. Six times they had allowed their opponents 11 or more runs. On the heels of a 7-6 loss to Baltimore on May 27 — their fourth defeat by that club in the season’s opening month — the New York Clipper posed the question, “What is the matter with the Mutuals?” While noting that the club “began the season with a nine apparently equal to the best,” and citing the additions of Phonney Martin and Steve Bellan as strengthening factors, the Clipper bemoaned “the entire neglect of those rules so necessary to insure clear judgement, keen sight, steady nerves, and full powers of endurance,” asserting that the players “take not the slightest care of themselves as regards steady attention to sanitary rules” — a veiled allusion, presumably, to overindulgence in liquor and general carousing. Less than 500 New York fans turned out for the May 27 match. There was even a rumor afloat that the club might be reorganized “under the old amateur rule.”1

Certainly the team did not want for on-field talent. In Bobby Mathews, their number-one starter, and recent acquisition Martin, the Mutuals possessed two early proponents of curveball pitching. Martin would be out of the majors after 1873, but Mathews, only 21, had another dozen seasons ahead of him, eventually compiling just a shade under 300 victories. Batterymate Nat Hicks, renowned for his durability behind the bat, had caught Candy Cummings a few years earlier with the amateur Brooklyn Stars, and made a perfect receiver for Mathews’ curving tosses.

Center fielder Dave Eggler and left fielder Count Gedney both ranked high among NA outfielders defensively. Eggler had topped the circuit in outfield chances, assists, putouts, and fielding percentage in 1872. And then there was “Old Reliable” Joe Start at first base, who had been in organized ball since 1860 and would play in the big leagues until 1886, finally retiring at age 43. Player-manager John Hatfield split his time between second base and third and was one of five .300 batters on the team.

The Union Grounds in Brooklyn, opened as the first enclosed ball field by William Cammeyer in 1862, housed Brooklyn’s Eckfords and Atlantics in their NA years and also served as home field for the Mutuals for all five years of their NA existence. It was there that the New York and Boston clubs met on Tuesday, June 3.

The Red Stockings went quickly three up, three down in the top of the first, and the first two New York batters followed suit in the bottom half. But Hatfield laced a Spalding pitch down into right field for a triple and then scored on Start’s single. The Clipper made note of the “rather elastic ball,” and duly pointed out that it had been “legally furnished” by Harry Wright.2

Both teams were blanked in the second inning, and Boston again in their third, but Bellan led off the Mutuals’ third with a base hit and Hatfield, the sudden slugger, followed with a home run, giving New York a 3-0 advantage.

The Reds made up some ground in the fourth, two base hits being abetted by errors on the part of Hatfield and Hicks and resulting in two runs. The Mutes, in their half, made it a 4-2 game when Jim Holdsworth stroked a triple and was sent home on Eggler’s safe hit.

The Red Stockings could manage only one base hit in the fifth, but that, in conjunction with errors by Eggler, Start, and Hicks, produced two unearned runs and tied the score at 4-4.

Manager Hatfield, perhaps for the benefit of Hicks, who was laboring with a broken forefinger, called Phonney Martin in from right field to relieve Mathews in the seventh inning, Mathews moving to right. Both teams added single runs in the seventh, thanks to errors. Eggler uncharacteristically made a second costly muff to the Mutuals’ detriment, and George Wright was the culprit on the Beantown side.

Spalding and Martin kept opposing bats in check for the next two innings, and at the end of the ninth the clubs were knotted at 5-5. The 10th and 11th innings were whitewashes for both sides as well. Rowdy factions in the home crowd, meanwhile, expressed themselves “in anything but a manner creditable to the assemblage,” according to the Clipper, booing Red Stocking attempts at fair-foul hits and targeting the ever-respectable Harry Wright in particular.3

Finally, in the top of the 12th, the deadlock was broken. Leadoff batter George Wright made a successful fair-foul hit and reached third on a bad pitch by Mathews, who had just returned to the box. Ross Barnes then bounced a hit to center, driving in Wright with the go-ahead Boston run.

The Mutes immediately mounted a counterattack. Holdsworth led with a double and Eggler reached on another error by George Wright. When Bellan was given first on called balls, the bases were loaded with no outs, and the New Yorkers appeared in good shape for a come-from-behind win. Hatfield, with a hot hand, was up next, and he shot a grounder to shortstop. This time Wright was up to the task, delivering the ball to catcher Deacon White in time to nip Holdsworth at the plate.

The bases were still full, with just one hand out. Hatfield took an extra-long lead off first, attempting to draw a throw and maybe make something happen, but the Reds wouldn’t bite. Start was retired on a foul pop to catcher White for the second out, and Phonney Martin was the last hope for the home team. Though he hit a good one to Barnes, the ball got to first baseman Jack Manning before Martin got there, and the threat was over.

In a most exciting contest, Boston had escaped with a razor-thin victory. None of the Red Stockings’ six runs were earned, though the error totals for the game were not unusually high for the era. Echoing the Clipper’s concerns, the Sunday Mercury saw “lack of nerve” on the Mutuals’ part and “coolness and judgement” on the Red Stockings’ part as the key factors deciding the outcome.4