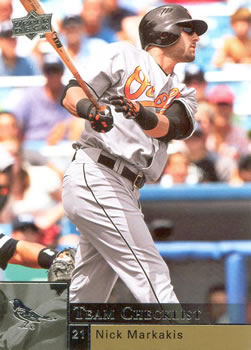 There’s no way of sugarcoating it: The 2009 Baltimore Orioles were a terrible baseball team. They finished last in their division, 39 games behind the eventual World Series champion New York Yankees, with the worst record in the American League, losing 98 games. An average-hitting team—with below-average power—when it came to pitching, the Orioles set the standard for wretched.1

But for one glorious night game, which began in the sunshine on the last day of June, the woeful 34-42 Orioles looked like world-beaters against the powerful, division-leading Boston Red Sox. The 10-run rally in a nine-inning game the Orioles staged that evening remains the team record, but it wasn’t the largest in the game’s history. Three teams have come back from 11 runs behind to win in regulation. Nonetheless, in a game that lasted almost 3½ hours, including a 70-minute rain delay, the Orioles’ rally remains an achievement, especially given the odds of it ever happening.2

The Boston visitors, actually cheered by “most of” the 31,969 attendees, virtually owned the Orioles, having beaten them in eight straight games (and 12 of 13), and boasted former, future, and present-day All-Stars, up and down: steady Dustin Pedroia at second, third baseman Kevin Youkilis, power-hitting DH David “Big Papi” Ortiz, outfielders Jacoby Ellsbury and Jason Bay, catcher Jason Varitek, plus All-Star pitchers in starter John Smoltz and closer Jonathan Papelbon, and a bullpen with a couple more standouts. Baltimore countered with little to boast of. Arguably the team’s best player, center fielder Adam Jones, left the game with a shoulder injury after two innings and was replaced by youngster Félix Pié. Solid performers like first baseman Luke Scott had a 117 lifetime OPS+, and Nick Markakis in right was in his fourth year of a productive 14-year career through 2019. Rookies Nolan Reimold in left and catcher Mark Wieters rounded out a motley collection of veterans and a pitching staff of average journeymen.3

The contrast between the starting pitchers for this game couldn’t have been starker. Boston’s 42-year-old Cy Young Award winner and future Hall of Famer Smoltz was in the final year of his distinguished career. Baltimore started 29-year-old southpaw Rich Hill, who in his undistinguished previous four years with the Chicago Cubs had gone 18-17 with a 4.37 ERA and 1.268 WHIP.4

The ensuing game divides neatly into three parts: the first four innings, all Boston, a short two-inning intermission, and the final three frames, the Orioles’ comeback to win. The Red Sox wasted no time scoring. The leadoff guy, shortstop Julio Lugo, singled sharply to left, and after Pedroia popped out, Lugo stole second. Youkilis parked a ball to deep left-center: three hitters, two runs. The Sox put another two guys on—a screaming double to center by Big Papi and a walk to Varitek, but neither scored. The Orioles went three up, three down with two strikeouts. Boston stepped up the pressure in the second. After a bunt groundout, Hill walked first-sacker Jeff Bailey and surrendered another single to Lugo. Pedroia now stroked a line-drive double to the left-center wall, scoring two more runs. The Orioles got a runner on in their half of the inning (Scott walked), but the other three hitters went out.

The Red Sox went quietly in the third, strikeout, groundout, fly out, as if preparing for their next-inning onslaught. Meanwhile, the Orioles managed to score a run on a ground single by shortstop Robert Andino, a career utility infielder, and a line-drive triple to right center by Pié. They were trailing by three when the roof caved in in the top of the fourth. Ellsbury opened with a deep line-drive homer over the fence in center-right. Then with two on (Bailey via a single and Pedroia via a throwing error from third), Youkilis doubled down the left-field line, scoring Bailey. After intentionally walking Jason Bay to load the bases, Hill allowed Ortiz to bash a single to left, filling the bases again. Pedroia scored and the other runners moved up.

This ended Hill’s ugly night; righty Matt Albers came in from the pen to quench the flames and plunked the first hitter he faced, forcing in Youkilis from third. After catching the next hitter looking at a third strike, Albers gave up a line-drive single to Ellsbury, his second hit and RBI of the inning. Mercifully, with the sacks still jammed, he got Bailey to ground out. Now with an eight-run lead, Smoltz made quick work of the bottom of the inning: he gave up a one-out single to Reimold, who was erased on a double-play ball by the next batter.5

Then came the rain, delaying the game for over an hour. When play resumed in the top of the fifth, Albers gave up an infield single to Youkilis (his third hit of the game), but nothing otherwise. Boston’s new hurler—Smoltz was obviously done after the long delay—right-hander Justin Masterton, got three straight Orioles out, two on whiffs. In the top of the sixth, both teams went three up and three down. As the game entered its final three innings, the Red Sox, leading 9-1, were driving down Easy Street. Mark Hendrickson took over pitching for the Orioles. The Red Sox added another run in the top of the seventh: With one out Bailey tripled to center and Pedroia singled him home a batter later.6

From this point on, the game underwent an utter transformation. The home team, trailing 10-1, could not err, and the visitors’ pitching simply cratered. As one disgusted Boston writer put it: “[T]he Orioles stripped and sold the Red Sox bullpen for parts.”7 First baseman Aubrey Huff singled to open the Orioles’ half of the seventh. Reimold singled on the ground to right. DH Scott hit a line-drive double to center-right, scoring Huff. At this point Baltimore sent Óscar Salazar in to hit for Melvin Mora, and he cracked the second pitch he saw deep down the left-field line for a three-run homer. Inexplicably, Masterson stayed in for the next hitter, Wieters, who grounded a single to center. Manny Delcarmen replaced Masterson on the mound. He lasted three batters, getting two groundouts before Pié stroked a single to center, scoring Andino and sending Delcarmen to the showers. Boston’s fourth pitcher, Hideki Okajima, finally extricated the Red Sox from their hellish inning. Boston 10, Baltimore 6.

The Red Sox took the field with a comfortable four-run lead in the bottom of the eighth with Okajima still on the mound. He surrendered hits to every batter he faced in the inning: the first four. Line-drive single by Reimold, long fly-ball double to right by Scott, Salazar’s squibber in front of the plate, and a line-drive single to left by Wieters, scoring Reimold. Unsurprisingly, Boston decided to switch pitchers, and the home team sent a pinch-hitter to the plate. The new reliever Takashi Saito, a highly effective closer himself, wasn’t comfortable in his role as a late-inning set-up man for Boston’s All-Star closer Papelbon. Ty Wigginton stood in to hit for Andino and lofted a long fly to deep right that scored Scott. Second baseman Brian Roberts, hitless in four at-bats (indeed, suffering an 0-for-18 skid) followed that with a grass-cutting single to left, scoring Salazar and moving Wieters to second, where pinch-runner Jeremy Guthrie replaced him. Now ahead by only a single run, Boston manager Terry Francona brought Papelbon to the mound. Why not? He was a perfect 20-for-20 in save opportunities against Baltimore. Indeed, he promptly struck out Pié. Markakis, who at that point was 0-for-7 with four strikeouts against Papelbon, jumped on the first pitch and sent a rope to deep left-center for a double that scored both Guthrie and Roberts. The lowly O’s had captured the lead from nine runs back!8

Papelbon got out of the inning with no further damage. Boston made things scary for George Sherrill, the O’s closer (and those fans who had hung around through the rain and previous horrors) in the ninth. Bailey led off with his third hit. Sherrill bore down to retire Lugo and Pedroia. But then on a 1-and-2 pitch, with the crowd ready to split the sky in celebration, he hit Youkilis with a pitch, putting the tying and go-ahead runs on base. But Sherrill fanned Jason Bay on four pitches to seal the historic victory. “[A]bsolutely tremendous,” Orioles manager Dave Trembley exulted. “When you talk about playing all 27 outs, that’s tonight.” Smoltz, who had left the game thinking the Red Sox victory was practically in the bag, was amazed. “It’s just one of those games . . . you can’t believe what you just saw.” Papelbon put it more tersely: “We pretty much imploded.”9

Lest anyone think that this stirring victory ignited the Orioles, don’t. They blew a four-run lead in the ninth inning the following evening. Counting the Boston series, the Orioles went on to lose 18 of their remaining 27 series, winning only six and splitting three.10

In addition to the sources cited in the Notes, my thanks to SABR members Gregory Wolf and Bill Nowlin who provided me with research assistance. I also used the statistical data and play-by-play information available at baseball-reference.com and retrosheet.com in preparing this article.

4 Hill was with the Orioles for only this season, achieving a 3-3 record in 13 starts with a 7.80 ERA and 1.873 WHIP. Amazingly, he hung on in the big leagues for 10 more years, approximately half the time as a starter and half as bullpen guy.

5 Matt Albers has through 2019 enjoyed a 14-year career solely as a relief specialist with eight different teams in both leagues; Baltimore was his second big-league club.

8 Associated Press, Herald (Jasper, Indiana), July 1, 2009. Interestingly, this second of Papelbon’s blown saves of the season came on the night after he tied Bob Stanley’s record for career saves with the Red Sox.