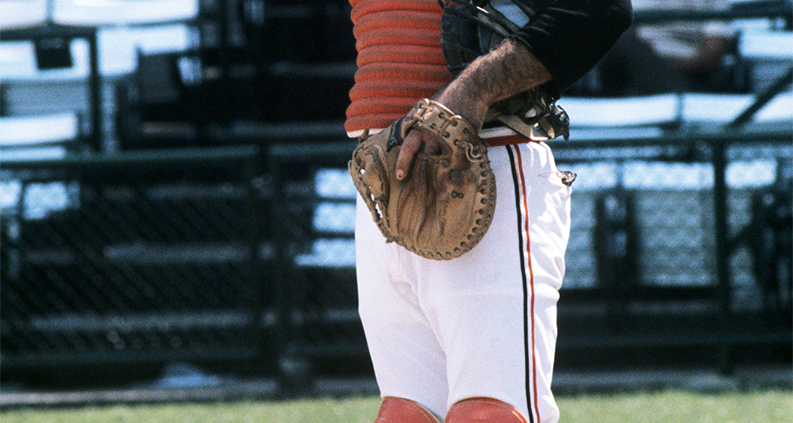 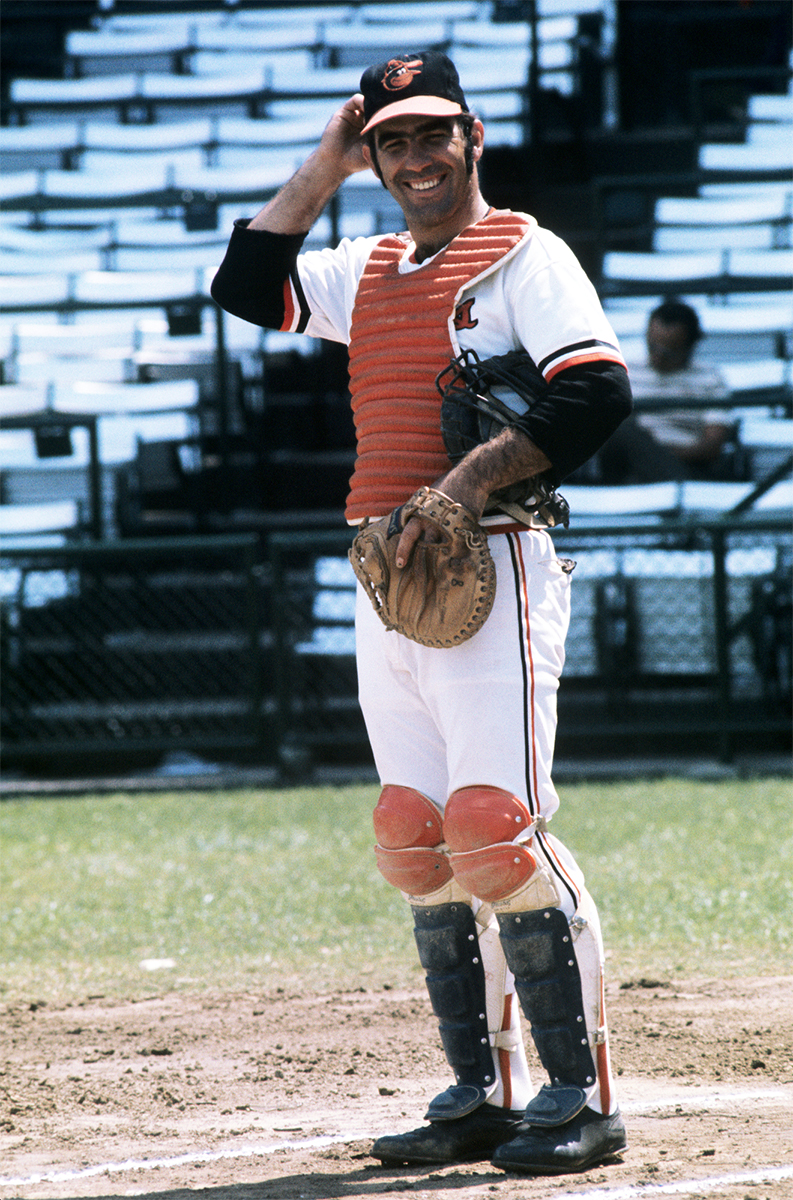 On June 4, 1967, a Sunday afternoon at Baltimore’s Memorial Stadium, the Washington Senators and the Baltimore Orioles battled for 5 hours and 18 minutes before the Orioles scored two runs in the bottom of the 19th for a 7-5 victory. “Not only was it the longest game the Orioles ever played,” penned Bob Maisel of the Baltimore Sun, “It was one of the strangest.”1

The defending World Series champion Orioles entered the contest in third place in the American League, with a 22-20 record and four games out of first place, mostly due to a 1-9 record against two of the league’s top contenders, the Tigers and the White Sox. “We’ll start beating them,” assured Orioles third baseman Brooks Robinson. “Just wait and see.”2 The Senators arrived in ninth place and needed a win to avoid a Baltimore series sweep. They came to town with a four-game winning streak and a new edition, Mike Epstein, who was projected for stardom. Epstein, obtained from the Orioles six days before, was ready to play, but Washington manager Gil Hodges made it clear that he was not going to play his promising rookie until the next series.

In the Orioles clubhouse before the game, scheduled starting pitcher Steve Barber crumbled a large sheet of scratch paper into a ball and took aim at a large trash can less than three feet away. He went into a windup, made the pitch and completely missed his target. “Haw! Haw! Haw!” laughed a sportswriter. Barber, who had mysteriously developed an inability to find the strike zone this season, cracked a smile. “Looks like another great day, doesn’t it?” he said as he shook his head.3 His game didn’t start off well when his first three pitches were balls. He eventually completed the walk, but then settled down to retire the next six batters.

Orioles left fielder Curt Blefary got a two-out broken-bat single in the Orioles’ first, but the inning quickly ended when the next batter, Frank Robinson, fouled out against Washington’s starting pitcher, Phil Ortega. With one out in the bottom of the second, Brooks Robinson singled, and the next batter, Vic Roznovsky, making his first start since joining the Orioles four days earlier from Triple-A Rochester, hit Ortega’s first offering into right field for a hit. Second baseman Davey Johnson followed with a drive off the left-field wall to score both baserunners. The score became 3-0 when Barber helped his own cause by delivering an RBI single. An out and another hit put runners on first and second with two outs, and then Ortega uncorked a wild pitch to allow the runners to advance. Senators catcher Paul Casanova quickly recovered the errant pitch but threw wildly to third base, allowing the runner to score the inning’s fourth run. Another hit and walk loaded the bases and paved the way for Ortega’s departure. Relief pitcher Dick Lines ended the inning by inducing Boog Powell to pop out.

Barber’s four-run cushion vanished in the next half inning when the Senators batted around in a five-run rally. Barber began the inning by walking the first three batters. After hearing it from the hometown patrons and receiving a visit from Orioles pitching coach Harry Brecheen, he was tagged by Ken McMullen for a hit past shortstop Luis Aparicio, scoring two runs, and when Blefary overran the ball, the Senators had runners on second and third with nobody out. Center fielder Hank Allen plated another run on a groundout and Frank Howard snapped a 0-for-17 slump with an RBI single to tie the game, 4-4. That was all for Barber, who departed to a salvo of boos.

Wally Bunker came in from the bullpen and responded by retiring the first batter, but was then victimized by a passed ball and an RBI single by Casanova to give Washington the lead, 5-4.

In the bottom of the fifth, the Orioles got two singles to put two on with two outs. Manager Hank Bauer sent Andy Etchebarren up to bat for Roznovsky, but Etchebarren grounded out to end the threat. Hodges played his hand in the top of the seventh when, after Frank Howard walked with one out, he had Fred Valentine run for Howard. Cap Peterson, the Senators’ leading hitter, came through with a long drive to left field. The ball landed for a hit, and with a fast runner like Valentine on the basepaths, the Senators seemed certain to add another run, but after taking a high bounce, the ball disappeared over the fence for a ground-rule double. “Valentine could’ve scored easily had the ball stayed in play,” insisted Washington sportswriter George Minot Jr.4 With runners on second and third and only one out, Washington had an opportunity to extend its lead, but nobody delivered in the clutch. Casanova was called out on strikes, and after the next batter, Dick Nen, was intentionally passed, Eddie Brinkman grounded one toward the gap on the left side of the infield. Orioles shortstop Aparicio scooted to his right, stabbed the ball, leaped high into the air, “spun a la Angelo Bertelli and fired to (Orioles second baseman) Johnson for a big force play” to end the inning.5

In the bottom of the seventh, Orioles outfielder Russ Snyder lined one to left field. Fred Valentine, who stayed in the game after running for Howard, made what appeared to be a diving catch, but when he lifted his glove hand to show the umpire he had made the catch, the ball fell from his mitt and hit the ground. Snyder had a double. The next batter, Blefary, singled to score Snyder and tie the game, 5-5. Frank Robinson popped out for the first out of the inning. Then Powell singled to put runners at first and third. Hodges called reliever Dave Baldwin from the bullpen and he got the job done by retiring Brooks Robinson on an inning-ending double play.

As the game moved through the eighth and ninth and into extra innings, the Senators produced baserunners but couldn’t score, while the Orioles couldn’t put a single runner on base. After the seventh inning, the next 16 Baltimore batters went down. With one out in the bottom of the 13th, Orioles center fielder Paul Blair drew a walk to snap the streak. With a speedster in Blair on base, the Orioles tried a hit-and-run. The strategy backfired when Brooks Robinson swung and missed for strike three and Blair was cut down at second. In the bottom of the 14th, Andy Etchebarren bounced one off Senators pitcher Joe Coleman for the first Orioles hit since the seventh inning. Davey Johnson’s sacrifice put Etchebarren in scoring position, but Coleman, the fifth Washington pitcher of the day, retired the next two batters.

In the top of the 18th, Hodges surprised the sportswriters when he sent Bernie Allen to the plate in a left-handed pinch-hitting situation. The scribes were expecting to see Mike Epstein. “If Hodges expects to start Mike against the Yanks tomorrow night at Yankee Stadium, he must have been capable of pinch-hitting?” questioned Bob Maisel.6 “I would have used Mike had anyone else been pitching,” Hodges explained after the game. The Washington manager said he believed Epstein wasn’t ready to bat against Stu Miller, a crafty 15-year veteran who had whiffed five batters since entering this game in the 15th inning.7

Both teams went down in order in the 18th inning. Stu Miller struck out another batter, giving him six for the day and the Orioles a franchise record of 21 for the game. In the bottom of the inning, Bob Priddy, with an 0-2 season record and the third highest ERA on the Senators staff, was on the mound. “I believe I am all straightened out,” Priddy said in the dugout before the game, “but apparently, there was something he overlooked,” wrote Merrell Whittlesey of the Washington Star.8

Brooks Robinson led off the bottom of the 19th with a single. Bauer played for the winning run by ordering Etchebarren to bunt. He popped his first attempt into the air. First baseman Dick Nen, charging toward the plate on the play, dived and got his glove on the ball, but couldn’t corral it for the putout. Another bunt attempt rolled foul. Now with two strikes, Etchebarren swung away and connected “with a clout that was never in doubt the moment it left the bat.”9 Whittlesey described the drive as “a mammoth shot” that traveled 375 feet before landing in the left-field bleachers. As Etchebarren circled the bases, the remnants of a crowd of 12,612 stood and cheered. After 318 minutes of baseball, the Orioles had finally won.