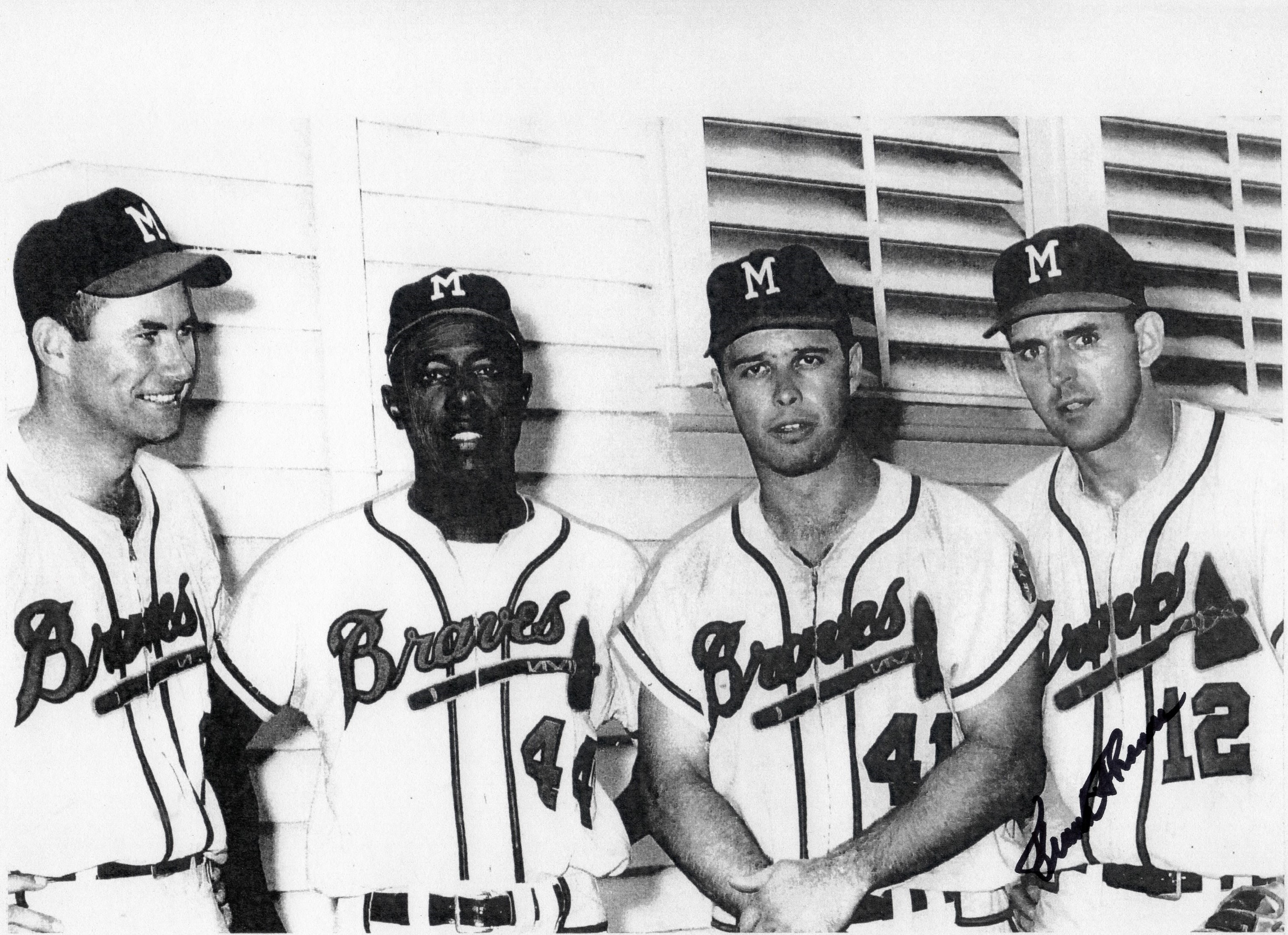 Six teams were within six games of one another in a wild scramble for the top spot in the National League as the sixth-place Braves (22-24) and second place Reds (29-20) met on a Thursday afternoon to conclude a four-game series in Crosley Field. Only 5,149 fans were in the park on getaway day, following three earlier night games.

Cincinnati had won two of those three contests, holding the potent Milwaukee lineup to exactly three runs a game. Eddie Mathews and Joe Adcock had homered in the opener for the Braves, in a 5-3 loss to the Reds.

Veteran left-hander Warren Spahn hoped to even the series before his club headed to Chicago for a weekend series with the seventh-place Cubs. Cincinnati countered with right-hander Jim Maloney as it prepared for a trip to St. Louis, hoping to leapfrog over the league-leading Dodgers, who led the Reds by only a half-game in the standings.

Things started quietly. The scoring began in the bottom of the second inning when a two-out wild pitch and a shortstop error pushed a run in for Cincinnati. Spahn led off the next half-inning with a home run, his first of the season, tying the score. When Spahn batted again in the top of the fourth inning, Maloney beaned him, with the score still tied, 2-2.

Cincinnati’s Vada Pinson singled home a pair of Reds in a three-run fourth inning. The score was 6-2 when the Braves pinch-hit for Spahn in the sixth inning. With Moe Drabowsky on the mound, the Reds added four more runs, taking a 10-2 lead in the bottom of the sixth, thanks to home runs by Gene Freese and Gordy Coleman.

Frank Bolling opened the top of the seventh inning with a single. Eddie Mathews, who had already singled and doubled, got his third hit of the day, a homer to deep right field, his second of the series and 13th of the season. Hank Aaron followed with a home run to left field, giving him 10 for the season.

Reds manager Fred Hutchinson made a pitching change, relieving Maloney, giving the ball to Marshall Bridges with a 10-5 lead. Joe Adcock greeted the reliever with a home run to center field (his second of the series and sixth of the season). The three consecutive home runs tied the major-league record, previously done 46 times in the 86 years of major-league baseball (including once in the Players League),[fn]“Three HRs in Row by Club Turned 46 Times in Majors,” The Sporting News, June 21, 1961: 25.[/fn] and most recently by the Detroit Tigers on May 23 in Minnesota (Norm Cash, Steve Boros, Dick Brown).[fn]“Braves Set Homer Record; Lose, 10-8,” Chicago Tribune, June 9, 1961: 4.[/fn]

Frank Thomas stepped to the plate, hitting .290, including 1-for-3 this afternoon, with seven home runs this season. The former Red drove the ball over the center-field fence, setting a major-league record with the fourth consecutive homer by Braves batters. Bridges finally got a groundball, retiring Joe Torre, ending the fireworks. Eddie Mathews would add another home run, off Bill Henry in the eighth inning, but the Reds held on to win the game, 10-8, despite the six home runs by Milwaukee, including the record-setting four consecutive homers[fn]https://nationalpastime.com/site/index.php?query=Four%20Consecutive%20Home%20Runs%20By%20a%20Team[/fn] in the seventh inning.

In addition to the sources listed in the notes, the author consulted Baseball-Reference.com and Retrosheet.org.