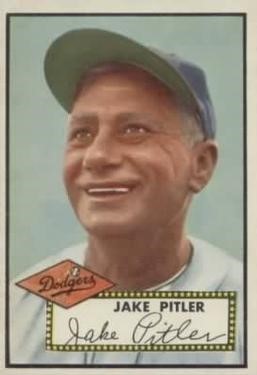 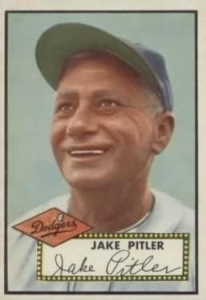 Forty-one minor leagues operated in the United States in 1939. No fewer than 22 of them did business at Class D, the lowest rung. These first stops for future stars and never-weres dotted the American landscape from North Dakota (the Northern League) to New Mexico (the West Texas-New Mexico League) to Louisiana (the evocatively named Evangeline League).

One of those 41 leagues made its debut on May 10, as the six member teams of the fledgling Pennsylvania-Ontario-New York (PONY) League faced off in three Opening Day contests. From this modest first-day schedule, an 80-year tradition grew. The league — renamed the New York-Penn League in 1957 — became a fixture in the Northeastern United States with periodic expansions into Canada. The loop lasted until 2021, when it was done in by the one-two punch of the COVID-19 pandemic and Major League Baseball’s restructuring and streamlining of the minor leagues.1

In Bradford, Pennsylvania, a city of about 18,000 residents just south of the New York state line, the Bradford Bees, a farm team of the National League Boston Bees,2 faced off against the Olean (New York) Oilers, a Brooklyn Dodgers farm club. Both cities had been out of professional baseball since 1916. Their return provided an occasion for municipal festivities and early shop-closings. Elsewhere in the PONY League, the Batavia (New York) Clippers faced off against the Jamestown (New York) Ponies, while the Hamilton (Ontario) Red Wings did battle with the Niagara Falls (New York) Rainbows.3

Bradford’s manager was John “Bunny” Roser. He played in 32 major-league games as a 20-year-old outfielder in 1922, then played 13 more professional seasons without returning to the big leagues. The 1939 Bees were Roser’s second and last minor-league managing stop.

Besides Roser, who played a single game that season, the Bradford team boasted three other players who reached the majors. Two of them started in the first game — second baseman Skippy Roberge and catcher Mike Sandlock.4 Twenty-year-old righty Doug Worden received the Opening Day start on the mound. If Baseball-Reference is to be believed, Worden led a remarkably nomadic existence in 1939, pitching for four different teams in three leagues, all at the Class D level. His only recorded statistics are a 2-7 record and 7.67 ERA in 16 games with Salem-Roanoke of the Virginia League.5

Olean’s skipper was 45-year-old Jake Pitler, a former Pirates infielder who had managed in the minors every year but one since 1929. Pitler later became a coach on the Brooklyn Dodgers staff from 1947 to 1957 and was among the Dodger personalities represented in Roger Kahn’s landmark The Boys of Summer. Three members of Pitler’s Olean boys of summer later reached the major leagues. One — shortstop Stan Rojek, a native of western New York — started on Olean’s Opening Day.6

Pitler gave the mound start to 20-year-old Hayden Shupe, a 6-foot-2 righty who had gone 1-7 with a 7.36 ERA in 15 games in Class C ball the previous season. Moving down a level to Class D, Shupe shined in 1939, posting a league-leading 17 wins and 170 strikeouts for Olean.7 Shupe’s 17-year-old brother, Vince, also played for Olean that year, though not on Opening Day. Hayden never reached the majors, but Vince did, with the 1945 Boston Braves.8

Bradford Mayor Hugh Ryan threw out the first pitch, with Olean Mayor John McAuliffe on the receiving end.9 Braves President Bob Quinn and league President Robert Stedler were among the more than 3,000 fans at Bradford’s Community Park who watched the home team get off to a fast start.10 Third baseman Chris Katope, beginning his second of four seasons in the low minors, led off the bottom of the first with a double and moved to third on an infield out. A wild pitch allowed him to score, giving the “Baby Bees” a quick 1-0 advantage.11 The teams played through intermittent rain showers throughout the game, while the overflow crowd stood in roped-off areas of the outfield.12

It became evident, though, that the visiting Oilers held the upper hand. Worden “was in trouble time and time again,” escaping a first-inning jam on a timely double play and wiggling out of a bases-loaded situation in the fourth.13 The top of Olean’s order finally got on the board in the fifth, as center fielder Bill Moore and second baseman Jim Cooney hit back-to-back singles. After a strikeout, right fielder John Wojcik14 banged another single to right field to score Moore and send Cooney to third. Left fielder Bud Long followed with a fly ball that brought Cooney home for a 2-1 Olean lead.15

The Oilers batted around in the sixth, knocking Worden from the game in favor of 21-year-old Louis Usich, who went 14-6 with a 3.38 ERA in 30 games with Bradford that season.16 Worden surrendered a walk, an error by third baseman Katope, a run-scoring single to Moore, and a two-run single to Cooney before departing on the short end of a 5-1 score. Usich hit the first hitter to face him, third baseman Garrett Coey, and then balked, but settled down from there and surrendered no further runs.17

Shupe pitched a complete game, surrendering only five hits and three walks. Three of those hits were doubles. But after Katope’s two-base hit in the first, Bradford could not capitalize on any of the additional runners it moved into scoring position. Shupe struck out seven and was “effective throughout the nine innings of play,” the Bradford paper reported.18

The game wrapped up in 2 hours and 20 minutes. The day, which had begun with a parade, ended with a celebratory postgame banquet. Despite the loss, the Bradford newspaper glowed with pride in reporting the events of Opening Day: “It was an exciting day and one long felt needed in this locality. The dream of professional ball became a reality and it looks like it is here to stay.”19

For Olean, the win kicked off a season of success. The Oilers finished with the league’s best record at 65-38, then beat Bradford in the first round of the playoffs and Hamilton in the second round to win the playoffs as well. Bradford finished with the third-best regular-season record at 59-43.20 Bradford went on to win playoff titles in 1941 and 1949, while Olean also won in 1940, 1950, and 1961.

Bradford was the first of the two cities to lose its team. In both 1956 and 1957, the city’s New York-Penn League entries collapsed early in the season. Olean held its team through 1962.21 Neither city has hosted professional baseball since. Now that the league they helped found is no longer a going concern, neither city seems likely to do so again in the foreseeable future.

Neither Baseball-Reference nor Retrosheet provides box scores of minor-league games, but the May 11, 1939, edition of the Bradford (Pennsylvania) Evening Star and Daily Record published a box score.

Image of 1952 Topps card #395 downloaded from the Trading Card Database.

1 Like all minor leagues in the United States, the New York-Penn did not play in 2020 because of the pandemic; 2019 was its last season of active competition.

2 The Boston Braves rebranded themselves as the Bees from 1936 through 1940.

3 PONY League first-day schedule as reported in the Rochester (New York) Democrat and Chronicle, May 11, 1939: 32. The other teams in the league were affiliated as follows: Hamilton with the St. Louis Cardinals; Jamestown with the Pittsburgh Pirates; Niagara Falls with the Cleveland Indians; and Batavia, independent.

4 The third member of the Bees to reach the major leagues was pitcher Ben Cardoni, who did not appear on Opening Day. Sandlock lived past his 100th birthday and was the oldest living former major leaguer between April 2014 and his death in in April 2016.

5 In addition to Bradford and Salem-Roanoke, Worden pitched for Batavia in the PONY League and Welch (West Virginia) of the Mountain State League.

6 The other two were pitcher Glen Moulder and Vince Shupe.

8 The Shupes are identified as brothers in Harold Parrott, “Dodgers’ ‘Open Door’ Encourages Young Talent,” Brooklyn (New York) Eagle, July 21, 1939: 12. Parrott gives their birthplace as Saskatchewan, Canada, which appears to be a mistake; Baseball-Reference and 1939 news stories list them as natives of Canton, Ohio.

9 “Home Inaugural of PONY League Today,” Olean (New York) Times Herald, May 11, 1939: 1. The two teams played in Olean the next day, with McAuliffe throwing the first pitch and Ryan catching.

15 “Hayden Shupe Paces Olean to Take Pony League Opener.” The game account in the Rochester newspaper had Moore hitting a double to lead off the inning, not a single. Both accounts agree that Wojcik’s single was the hit that brought Moore home.