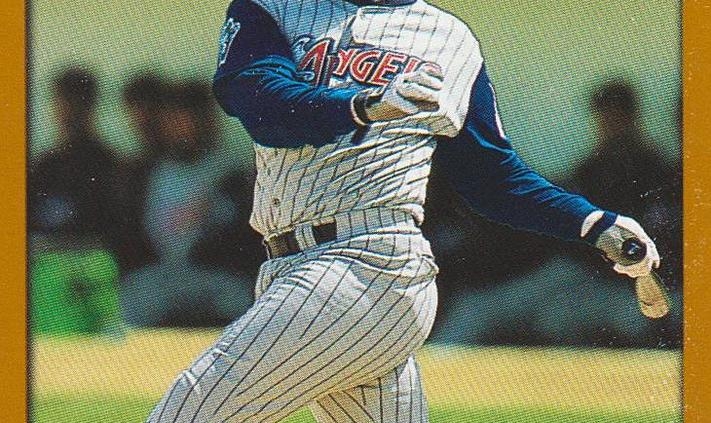 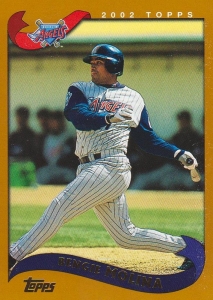 Twice in 2002 – in an 11-day stretch –the then-Anaheim Angels blew the other guys out by 19-run margins. They did it on May 10 with exactly 19 unanswered runs at the expense of the White Sox to open the second series of a two-set homestand, leaving the Angels winners of six out of eight since they abused the Indians 21-2 in Cleveland to end April.

The Orange County Register noted that the May 10 game set Angels home records with 19 runs and 24 hits. The paper added that it was the largest margin of victory in the Angels’ history to that point and, while they’d break their home scoring record in a 21-6 blowout of the Royals in 2004, the 24 hits remain a team record for a single game. And, the Register added, the Angels became only the fourth team since 1901 to win a pair in a single season by 19 runs or more.1

In the White Sox game, Edison Field for two innings looked as though it was home to a reasonable if nothing-much-special pitching duel between White Sox starter Dan Wright and Angels starter Scott Schoeneweis. By the time the Angels went up to hit in the bottom of the third, Schoeneweis had three shutout innings marred only by a walk each in the first and the second, and Wright had a spotless first on his jacket while having to dodge a two-out, first-and-second scenario in the second.

But then came the bottom of the third.

This time, the Angels didn’t settle for merely bookending a big inning with home runs, but at first it looked as though they were going to settle for just poking holes into the White Sox’ hides. That’s because Adam Kennedy opened by bunting his way to first with a beauty up the third-base line and David Eckstein beat one out likewise to set up first and second – with a little help from second-base umpire Phil Cuzzi. White Sox third baseman Tony Graffanino’s throw nailed Cuzzi, leaving Kennedy safe at second.

Then Darin Erstad, whose bullheaded style of play seemed to make him the soul of this team, bunted one toward second base and likewise managed to beat it out.

“’You look at the final tally,” said Angels manager Mike Scioscia, “and it’s hard to believe it started with three bunts. But it did.”2

“When you have a team that can execute little ball,” said Eckstein the Pest, “and do it three times in a row, it gives your team confidence and the big boys took over.”3

Three bases-loading bunts to open must have rattled Wright just a little bit, because on 1-and-2 he plunked Troy Glaus to send Kennedy home with the game’s first run before surrendering an 0-and-1 two-run double to the back of center field by Garret Anderson. Then Brad Fullmer, the Angels’ designated hitter this day, made it even more wrong for Wright when he hit the first pitch into the seats.

Six hitters, no outs, and Wright and the White Sox were in a 6-0 hole. Then, with Tim Salmon grounding out and Scott Spiezio flying out back-to-back to follow, Wright and company must have felt that this game might have a fair shot at staying manageable enough for the White Sox to find their way back with another six innings to play.

Bengie Molina shot a 1-and-2 pitch right through the middle for a single. And Kennedy, batting for the second time in the inning, shot one over the fence. It took Eckstein’s single up the pipe to convince the White Sox at last that there was no way they could avoid going to the bullpen early and that they had to get Wright out of there before he too would need a session on the analyst’s couch.

Matt Ginter relieved Wright and got rid of Erstad on a first-pitch popout to second base to end the Angels attack. It lasted long enough for Schoeneweis to shake off a pair of two-out White Sox singles (back-to-back by Magglio Ordonez and Paul Konerko) in the top of the fourth and for Anderson to make Ginter pay for a fourth-inning leadoff walk to Glaus with a two-run homer.

Schoeneweis worked a 1-2-3 fifth. Ginter opened the bottom with a groundout (Eckstein, for a change), then an error at second base allowed Erstad aboard. Then Ginter raised false hope when he struck out Glaus, because his next 12 pitches produced a single by Anderson, then three straight RBI singles by Fullmer, Salmon, and Spiezio, two line drives, and a pop into short left, all three runs unearned.

Ginter could only shake his head as he saw his White Sox now in a 13-0 hole.

The good news: Ginter wouldn’t be around for the rest of the Anaheim destruction. The bad news: His immediate relief, Mike Porzio, sent out to open the bottom of the sixth, was greeted even more rudely when Kennedy sent the first pitch of the inning over the fence. And, after Porzio followed almost immediately by walking Eckstein the Pest on a full count, pinch-hitter (for Erstad) Julio Ramirez hit the only home run of his career.

The first-pitch bomb was sweetened for Ramirez when he thought back to the White Sox releasing him during spring training. “If I told you what they told me when they released me, you’d think it was a joke,” he said. ”They said, ‘Swinging at the first pitch won’t get you to the major leagues.’ And that was all they really said.”4

Somehow, Porzio survived further trouble – a line out to left (Glaus) followed by a pair of base hits (Jose Nieves, pinch-hitting for Anderson, and Fullmer), a fly out to deep right field (Salmon), and a bases-loading plunk (Spiezio) – to get rid of Molina on a fly to center to end the inning. In a 16-0 hole. Except that Porzio’s problems had only just begun.

Again in the top of the seventh Schoeneweis worked a 1-2-3. He could only have set up a Barcalounger on the mound and dared the White Sox to swing away about four innings earlier, on a day he and his eventual relief Matt Wise kept future Hall of Famer Frank Thomas’s mischief limited to a first-inning walk. And if he thought he was living in the lap of luxury after seven innings of work, his mates were about to send him to a 19-room mansion for the night.

Except you wouldn’t have known it by talking to Schoeneweis himself. “I was trying to think of it as a 0-0 game,” he told Los Angeles Times reporter Gary Klein. “Especially with their high-powered offense. If we can score nineteen, they can score nineteen. You don’t want to be the guy who spoils a big lead like that.”5

Kennedy said “hello, again” to Porzio with a bottom-of-the-seventh leadoff single, and Eckstein slipped out of pure pest mode to send a double to deep left field. And Ramirez, staying in the game at center field, lined a single to left to send Kennedy home, before Orlando Palmeiro singled Eckstein home. Two flies out to left later, Salmon sent Ramirez home with another double to left field, before Porzio got Spiezio to fly out to right.

The Angels had one more round of discomfort for the White Sox in their half of the eighth, though White Sox reliever Antonio Osuna survived a one-out walk and a man on second to strike out Ramirez for the side. Clearly Ramirez just wasn’t made for a 3-for-3 day after coming into the game in the middle of the massacre. The Angels would just have to settle for hitting five bombs in the game.

But Wise worked a pair of spotless innings in the eighth and the ninth, including getting Thomas with a game-ending groundout. And twice in a span of 11 days did the Angels beat their opponent by 19 runs. In fact, they finished the sweep they started with that 21-2 blowout in Cleveland by shutting out the Indians 8-0.

The blowout they dropped on the White Sox started a four-game series sweep they’d finish with a 5-4 win, helping them outscore the White Sox 30-7.

The bad news: The Angels still sat 5½ out of first after both the blowout and the sweep finish. The good news: Outscoring the other guys 113-40 in their previous 14 games, including the White Sox beatdown, helped them lift themselves into second place in the American League West.

For the Angels, the better news was still down the road apiece. For the White Sox, on this day, three hits all game long must have felt as though somehow the Angels really did show them a little mercy.

In addition to the sources cited in the Notes, the author consulted Baseball-Reference.com and Retrosheet.org. Thanks to Bob Timmermann.