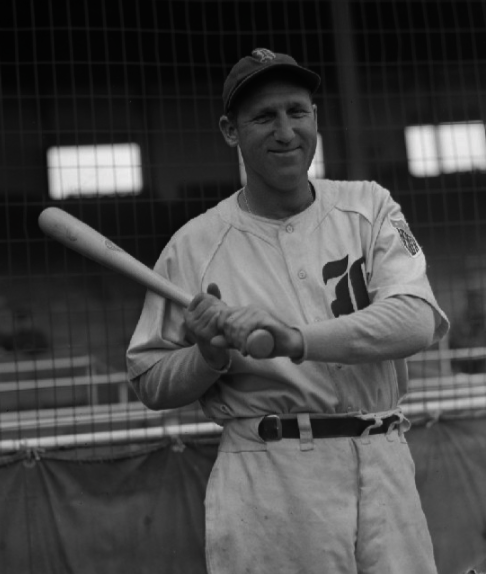 The Boston media had a veritable field day when the Braves’ affable right-hander, Jim Tobin, belted three consecutive home runs while pitching a complete game to defeat the Chicago Cubs, 6-5, at Braves Field on May 13, 1942. “One of the most astounding feats of baseball history,” exclaimed Howell Stevens of the Boston Post.1 An “adjective-exhausting feat,” opined Fred Knight of the Boston Traveler.2 Not to be outdone, Jerry Nason of the Boston Daily Globe wrote that Tobin “went absolutely berserk with the bat and with piledriving power” to become the first big-league pitcher to clout three round-trippers in one game since Guy Hecker of the Louisville Colonels in the American Association in 1886.3 Even Irving Vaughan of the Chicago Tribune was impressed. “[Tobin’s] bat was nothing short of terrifying,” he wrote.4

The Braves were brimming with confidence as they headed to their ballpark, affectionately called the Wigwam, on a Wednesday afternoon to play the second of a two-game series with the Cubs as part of an 11-game homestand. Casey Stengel, in his fifth season as pilot of the Tribe, had led his club to 11 victories in the last 16 games to move into third place, just 3½ games behind the front-running Brooklyn Dodgers. The Cubs had defeated the Braves the day before, in the first of a grueling 12-game Eastern road swing, but manager Jimmie Wilson’s squad was mired in sixth place at 12-14.

The Braves treated the 3,443 fans who ventured to Gaffney Street or Babcock Street, off Boston’s Commonwealth Avenue, to a season-high five round-trippers, but some shoddy defense made for what Howell Stevens called a “nerve-shattering contest.”5 With two outs in the top of the third and the Cubs’ Clyde McCullough on second base courtesy of a single and stolen base, Lennie Merullo hit a routine grounder to third baseman Nanny Fernandez. Instead of throwing to first for an easy out, Fernandez attempted to tag McCullough who had run on contact, but missed. After Merullo stole second, shortstop Eddie Miller, a seven-time All-Star, committed the Braves’ second error of the inning, as well as his second in two frames, when he fumbled Stan Hack’s roller, permitting McCullough to score.6 Bill Nicholson followed with a single to right to drive in Merullo and give the Cubs a 2-0 lead.

In Tobin’s first at-bat, in the third inning, he sent a pitch from the Cubs starter, right-hander Jake Mooty, deep to right field, missing a “haymaker by inches,” before Nicholson snared it as he brushed up against the fence. The near-miss didn’t surprise the Cubs. The day before, Tobin had smacked a pinch-hit home run in the eighth inning for his second home run of the season and the fourth in his six-year career. The Braves narrowly avoided disaster in the fourth inning when the Cubs’ Lou Stringer, who had walked, scampered to second on a short passed ball. Instead of throwing to second base, catcher Ernie Lombardi threw the ball back to Tobin, who reflexively whirled around and heaved the ball, but his throw was off target and the ball rolled into the outfield. As Stringer rounded third, second baseman Sibby Sisti took a relay throw from center fielder Tommy Holmes and threw a strike to Lombardi, who tagged Stringer out at home plate. In the bottom half of the frame, Lombardi put the Braves on the board with a solo shot, his third home run in three days, before departing the game with an injured finger suffered an inning earlier from catching Tobin’s knuckleballs. In his only season with the Braves, the 34-year-old backstop and seven-time All-Star won his second of two batting crowns (.330).

Tobin led off the fifth inning with a prodigious blast to tie the score, 2-2. “It was a mighty swat,” wrote Gerry Hern of the Boston Post, “clearing both the billboard fence and the park’s outer boundaries and landing in the freight yards that fringe the Charles River.”7 The Cubs responded immediately, taking the lead, 4-2, in the sixth inning on Nicholson’s two-run homer. “Old Ironsides,” as Tobin was affectionately known, led off the seventh and sent Mooty’s first pitch, according to the Boston Globe, “screaming 10 feet inside the foul pole over the left field wall” to pull the Braves to within one.8 Three batters later, Miller atoned for his two miscues by belting a home run to tie the score, 4-4.

“Pandemonium raged,” wrote Howell Stevens, when Tobin came to the plate with two outs in the eighth and Paul Waner on base.9 After McCullough and skipper Wilson conferred with pitcher Hi Bithorn, who had relieved Mooty the previous inning, the rookie from Puerto Rico decided to challenge the Braves pitcher. “All I knew was that I had to keep swinging,” said Tobin after the game. “I didn’t think about the record books.”10 Defying all odds, Tobin connected for his third home run of the game, launching one over the advertising section in left field. A “deafening ovation” erupted, reported the Boston Post, as Waner and Tobin circled the bases to give Boston the lead, 6-4.11 Tobin joined Les Bell (1928) as the only Braves players to hit three home runs in one game in the history of Braves Field (1915-1952).

The Cubs tacked on a run in the final inning when pinch-hitter Rip Russell doubled to drive in Phil Cavaretta, who had drawn Tobin’s third walk of the game. When Charlie Gilbert popped up to Sisti to end the game, Tobin was mobbed and congratulated by his teammates for a memorable victory, completed in under two hours. “That was the best individual effort I ever saw,” said Stengel to the throng of reporters surrounding his pitcher in the clubhouse after the game.12

Described by Gerry Hern of the Boston Post as the “big man with the Lakes of Killarney in his eyes and a smile as wide as the River Shannon,” Tobin, with his Irish humor and sometimes temper, had no answer when asked to explain his home run outburst.13 “I just swing the same as ever,” the ever-modest Oakland native told Gerry Moore of the Globe, and recounted a story about driving in seven runs on a grand slam and a bases-loaded double in one inning as a member of the Oakland Oaks in 1935.14

Ed Rumill of the Christian Science Monitor surmised that Tobin’s offensive heroics would once again ignite the discussion among fans about whether Tobin should be moved to first base to take advantage of his hitting.15 But most of the sportswriters knew that the Braves needed Tobin on the mound. “He isn’t glamorous with a dazzling fast ball and nothing else,” wrote Gerry Hern of Tobin, who relied on his knuckleball, a curve, and an assortment of off-speed pitches for his success.16 “Give me the knuckler breaking right and the proper weather conditions and I’ll bet you the American League All-Stars won’t score more than three runs off me,” said Tobin confidently after the game.17

Tobin’s strong pitching performance may not have been reflected in the final score, but it was not lost on the cadre of sportswriters following the team. “His famous butterfly was fluttering away from the fat part of the Cubs’ bats all afternoon,” wrote Arthur Sampson of the Boston Herald. “That [the Cubs] didn’t throw out their sacroiliacs swishing at Tobin’s elusive knuckler was a miracle.”18 In limiting Cubs to just five hits, Tobin overcame four errors resulting in two unearned runs to complete his seventh of eight starts for the season and improve his record to 5-3 with an impressive 2.32 ERA.19 Coincidentally, he did not record a strikeout.

6 Miller made only 13 errors in 142 games in 1942 and according to Harold Kaese in The Boston Braves, set an all-time fielding record of .983 for big-league shortstops. See Kaese, The Boston Braves (Boston: Northeastern University Press, 2004), 250.

19 By season’s end, Tobin’s record was not as good. The Braves finished in seventh place and his record was 12-21, leading the league in losses but also in complete games (28).