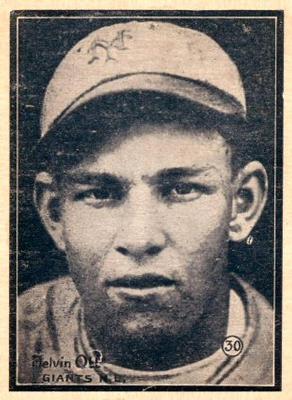 “The Giants became tired of losing games one at a time.”1 So started the story in the Brooklyn Daily Eagle, describing the events of a Boston Braves-New York Giants doubleheader. The article continued, “They did it twice as good yesterday [May 16]. They lost two to the Boston Braves.”2 The New York Times echoed the sentiment in its recap, reporting, “Old Boston town proffered the Giants no surcease from sorrow. They played two games at Braves Field and lost the same number.”3 The New Yorkers had the lead in both contests, but the home team came from behind in each with the crowd of “12,000 Bostonians carolling joyously.”4 It had been five seasons since the Giants had won the National League pennant, and the papers were finding new ways to be creative about their plight.

Part of the news of the day centered on Giants manager John McGraw, who was ordered to stay in New York by his physician. Little Napoleon (McGraw’s nickname), in his 28th season at the helm, was suffering from sinus trouble. The two teams were scheduled to play four games in Boston, beginning with this twin bill. One month into the 1929 season, the Giants were in seventh place in the National League, with a dismal 7-11 record. They had won only one of their previous six games. Meanwhile, Boston’s place in the standings was 2½ games higher with a mark of 11-10.

Boston’s rookie right-hander Bruce Cunningham, “the Pacific coast boy sent along by the Cubs as a sort of good-measure offering in the Hornsby deal,”5 made his first major-league start for Boston in the first game and “refused to be dismayed by his illustrious opponent.”6 He allowed three runs to the Giants, all in the second inning, but the Braves put together four hits in both the third and sixth innings, scoring two runs with each rally off New York starter Larry Benton. The final score was 4-3 in favor of the Braves.

The second game went into extra innings before the Giants finally fell, but there was quite of bit of exciting baserunning. Carl Hubbell was on the mound for New York, opposed by Boston’s Art Delaney. Both pitchers threw complete games. Delaney faced some trouble in the opening frame. With two outs, New York’s Mel Ott tripled and Bill Terry walked. With Travis Jackson batting, Ott attempted a steal of home and was tagged out for the final out of the inning.

The Braves had their share of interesting baserunning in the inning, too. After Lance Richbourg struck out, Rabbit Maranville and George Sisler singled, with Maranville holding at second base. The pair of runners successfully attempted a double steal. George Harper then hit a grounder to shortstop Jackson, who fired home in time to get Maranville at the plate. Sisler advanced to third on the play, but with Earl Clark batting, Sisler was picked off third. The Braves had two runners in scoring position with only one down, and both men were erased.

Ott reached on an error by Maranville to start the fourth and was forced out at second on Bill Terry’s grounder to first baseman Sisler. Jackson singled, and an out later, Freddy Leach walked to load the bases, but Bob O’Farrell popped out to third baseman Joe Dugan and the Giants once again came up empty.

However, just as in the opening game, the Giants scored first. In the fifth inning, Edd Roush doubled with one out. Freddie Lindstrom walked, then Ott stroked an infield single to second and “it collaborated in the scoring of his team,”7 as Roush touched home plate. Terry then singled to left, driving in Lindstrom, and New York had two runs.

In the sixth, the Braves took their turn against Hubbell. With two outs and Clark on first after a force out, Dugan singled to center and Freddie Maguire doubled to left, scoring Clark. Al Spohrer singled in the hole at short and Dugan and Maguire both came around to score on Jackson’s bad throw home.

In the seventh inning, Ott’s solo “four-bagger went higher into the old right field bleachers than any other homer on record in a National league game here.”8 His eighth home run of the season tied “[Lou] Gehrig for the interleague lead.”9 The homer knotted the score at 3-3.

New York had a scoring opportunity in the ninth. Roush led off with a single and moved to second on a bunt by Lindstrom. Ott smashed a double into center field, but Roush held up at third base. This double meant that Ott had hit for the cycle. Terry was walked intentionally to load ’em up again, but Delaney retired both Jackson (popup to second) and Andy Reese (fly ball to center), stranding all three runners.

Still tied at 3-3, the game entered the 10th frame. O’Farrell and Roush had hits for the Giants, and Braves catcher Spohrer made an error on a foul pop behind the plate. “One run crossed the platter and it seemed as if the game were clinched.”10 In the bottom half, the first two Braves batter were retired, and New York fans might have thought their team could salvage a split of the doubleheader. Clark came to the plate and “played a tattoo off Jackson’s shins with a single.”11 Dugan “poled a low rakish two-bagger to left-centre,”12 which bounced off the fence, driving in Clark from first base. This was Dugan’s fourth hit off Hubbell in the game. Maguire followed with another two-bagger scorched into right field, bringing Dugan home with the walk-off game-winner.

The Giants banged out 14 hits in the 10-inning affair, but they weren’t enough, as New York left 13 runners on base. In addition to Ott’s four hits, Roush was 3-for-6 and O’Farrell was 3-for 5. The Giants did climb to third place by the season’s end, but the first month of the season had a slow start. Dugan’s four hits (two singles and two doubles) paced the Boston 13-hit attack. Ott’s batting average shot up 35 points to .368 and his OPS jumped to 1.276 after the doubleheader.

Ott was the 11th player in New York Giants franchise history to hit for the cycle. His came almost a year after teammate Terry’s accomplishment (May 29, 1928). Ott’s feat was the first of three cycles in 1929. Ski Melillo of the St. Louis Browns hit for the cycle seven days week later, on May 23, against the Cleveland Indians, and Joe Cronin of the Washington Senators cycled on September 2, 1929, against the Boston Red Sox.

This was Ott’s breakout season with the Giants. The 20-year-old right fielder hit 19 home runs in his first three seasons with New York (in 241 games), but in 1929, he belted 42, a career high, in 150 games (Chuck Klein of the Philadelphia Phillies led the NL with 43 homers, while New York Yankees star Babe Ruth led all batters in the majors with 46). Ott also knocked in 151 runs, the most ever for one season in his career, only eight behind league leader Hack Wilson of the Chicago Cubs. Alas, only one of those RBIs came in this game, on his solo home run in the seventh.

5 William J. Chipman, “Giants Defeated Twice by Braves,” North Adams (Massachusetts) Transcript, May 17, 1929: 13. Cunningham had been traded on November 7, 1928, by the Cubs with Socks Seibold, Percy Jones, Lou Legett, Freddie Maguire, and $200,000 to the Braves in exchange for Rogers Hornsby.