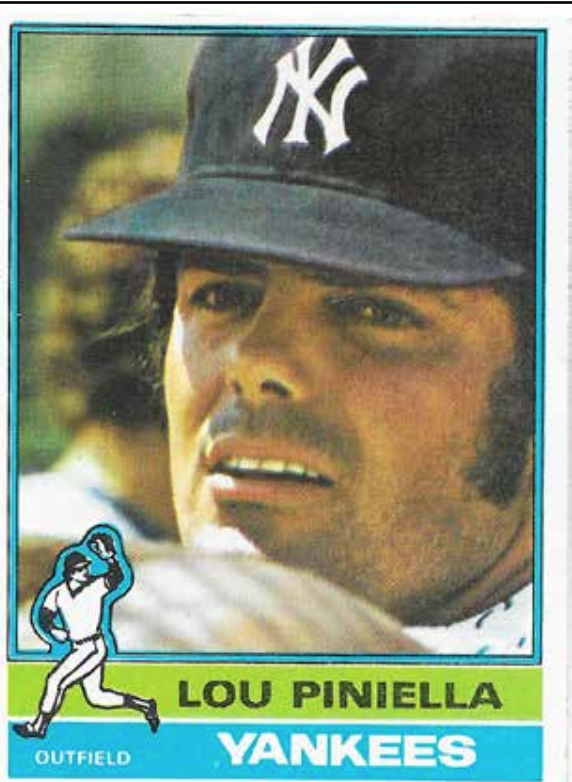 The New York Yankees, arriving in Cleveland for a two-game series against the Indians, had just lost two of three games in Baltimore but remained three games ahead of the Orioles. Only 3,895 fans showed up on a chilly night at Cleveland Stadium hoping to see their team gain ground on the division leader. The Indians were 6-9 in May under second-year manager Frank Robinson but were just 4½ games out of first early in the season.

The Yankees had made a trade for Carlos May in order to improve their offense. The trade was completed at 4 A.M. May learned about the trade that morning but was unable to get to Cleveland in time for the game.

Fritz Peterson, a former Yankee, was making his seventh start for Cleveland. He entered the game with a 5.17 ERA and was still seeking his first win of the season. Peterson got in trouble in the first when Roy White doubled and reached third on a passed ball. But Peterson got the next two outs to keep the Yankees from scoring.

Catfish Hunter started for the Yankees. He entered the game with a 3-5 record. Hunter struggled early in the season. He had allowed his opponents to jump on him in the first inning in three of his eight prior starts. This game began in a similar fashion when the Indians scored three runs in the first.

George Hendrick’s sacrifice fly brought home the third run. Hunter struck out the next two batters to close out the inning. Phil Pepe of the New York Daily News wrote: “Hunter had his usual first-inning trouble, and this time he didn’t spend the morning making a television commercial.”1

Hunter got through the second unscathed before the Indians struck again in the third. He got a break to start the inning when Bell singled but was thrown out trying to stretch his hit into a double. With two outs, Carty singled and Hendrick followed with his seventh home run of the season to put Cleveland ahead by five runs. It was the ninth home run Hunter had surrendered in his eight starts.

Peterson got in trouble in the next two innings but kept the Yankees from scoring each time. Singles by Otto Velez and Willie Randolph put a runner in scoring position in the second. But Fred Stanley bounced out to end the inning. Sandy Alomar beat out a bunt leading off the third and reached second on a fielder’s choice. But Peterson got out of the jam when Chris Chambliss popped out to short.

The Yankees got on the scoreboard in the fourth when Lou Piniella doubled into the left-field corner and scored on Velez’s second straight single. But Peterson retired the next two batters to limit the Yankees to the lone run.

It would be the only run they scored until the ninth, as Peterson retired the next 11 batters. Thurman Munson doubled in the eighth inning. But the Yankees were unable to capitalize on it when Chambliss hit an easy pop fly for the third out.

Hunter got through the middle innings unscathed but the Indians tagged him for another run in the seventh. After he walked Frank Duffy, Kuiper singled to leave runners at the corners. Duffy scored when Bell hit a grounder to Nettles that “kicked up, caromed and forced him to throw to first.”2

Heading into the ninth, with the Indians leading 6-1, Hunter was still on the mound and “just three outs away from his sixth defeat, and with five runs to get, this seemed like Mission Impossible.”3 Peterson was on the verge of his first win of the season.

When Peterson gave up two singles to lead off the ninth, Robinson lifted him for Dave LaRoche. LaRoche struck out pinch-hitter Oscar Gamble but “in rapid succession gave up a single to Randolph, a walk to Rick Dempsey, a single to Alomar, and a walk to White, who fouled off eight pitches before getting his pass.”4

With three runs scored, the Indians’ lead was cut to just two runs. LaRoche was quickly replaced by Tom Buskey. But Munson singled over second base and drove in those two runs, tying the game.

Buskey got the next two outs quickly but the damage was done. Hunter got the Indians out on three fly balls in the bottom of the ninth to send the game into extra innings. Buskey pitched well for the next four innings, allowing only two hits during that stretch.

Sparky Lyle relieved Hunter in the 10th inning. He immediately got himself in trouble, giving up a single and a walk. But Nettles saved a loss when “Hendrick lashed a grounder over third base and Nettles dived to stop it. Then he dived again to reach the bag before the runner from second could reach there.”5

“It was a do or die thing,” Nettles said. “Once I was in the air, I saw I could get it. I got it right out in the web. I was about 25 feet back of the bag. A step and a half from the bag, when I dived again, I could see I beat him. I just hoped that I didn’t drop the ball.”6

After the 10th, Lyle settled down and produced five scoreless innings.

Jim Kern replaced Buskey in the 14th and pitched two scoreless innings before things fell apart for him in the 16th. He walked the leadoff batter, Alomar. White bunted and ended up on first when Kern threw the ball away.

Alomar was thrown out at home on Munson’s grounder to short. Kern then walked Chambliss to load the bases. Piniella singled to bring home two runners. “I hit it so bad nobody could have caught it,” he said afterward. “But I went up there feeling I was going to get a run in one way or the other.”7

Second baseman Kuiper hurried a throw home to try to get White but it went wide and Piniella landed on second. (Manager Robinson said the Indians right fielder, Charlie Spikes, should have fielded the ball instead of Kuiper.)

Nettles, the next batter, lofted a sacrifice fly to right, scoring Chambliss. Kern walked Gamble intentionally to set up a double play. But Randolph doubled to score Piniella. Although Kern struck out Jim Mason, a passed ball allowed Mason to reach first and Gamble to score. After Alomar grounded out for the third out, the Yankees were up by five runs, 11-6.

After the Yankees’ explosion, Dick Tidrow replaced Lyle to mop things up. He got the Indians out in order in front of the “few hundred fans left in the lakefront stadium, huddled under blankets in the 42-degree chill and lighting little fires to keep warm.”8

As the extra innings dragged on, Bob Nold of the Akron Beacon Journal wrote, some of the sportswriters commented that “I bet Catfish and Peterson are out having a drink together right now, commiserating.”9 That would have been a marked contrast to the “wall-to-wall scowl” that Robinson wore when his team left the field with a disappointing loss.10

Yankees skipper Billy Martin “grew testy” when asked about Carlos May after the game. “I tell you what, I wish that he’d been here. I hope that he doesn’t stay away much longer. I’d appreciate his presence.”11 But he went on to say, “Anything is better than a loss. Even this.”12

1 Phil Pepe, “Yanks Win 11-6 in 16 After Scoring 5 in 9th,” New York Daily News, May 19, 1976: 74. Pepe was referring to the fact that Hunter had given up at least one run in the first or second inning of half his previous starts that season, the most recent being the May 14 game when the Orioles scored four runs in the first.