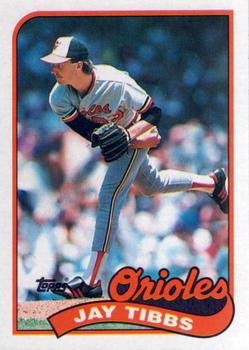 The team once known as the St. Louis Browns had escaped to Baltimore in 1954. Their 35th season in Baltimore began on an awful note. To begin the season, they had lost 21 consecutive games (the Brownies never did that), and coming into the game on May 2, they had lost 23 of 24. They were returning home from a road trip during which they went 1-11.

It was a painful time. Billy Ripken had been beaned in the only win, on April 29, and missed the last two games of the road trip. But he was back in the lineup on May 2. And there was a bit of the absurd. On the last day of the trip, Fred Lynn thought he had a three-run homer only to find out that the runners had held up. When he got to second base, teammate Larry Sheets had possession of the base. Lynn was called out.1

Orioles management pulled out all the stops to assure a big crowd on May 2, including reducing ticket prices to two bucks. At noon, there was a pep rally at the city’s Inner Harbor where Mayor Kurt Schmoke proclaimed the day to be “We Love Our Orioles in Baltimore Day.” On “Fantastic Fan Night,” the city, which had in recent years lost the NFL Colts and NBA Bullets, was encouraged to support its only remaining big-league sports franchise. The result was 50,402 fans in the stands at old Memorial Stadium for the first of a two-game set with the Texas Rangers. The fans, most of whom were wearing the team colors of orange and black, were treated to a wonderful evening of entertainment and a 9-4 win by the home team – and they went home wearing lapel patches with the slogan “I’m sticking with the Orioles.”2

Those in attendance were also told, before the game by Maryland Governor William Donald Schaeffer, that agreement had been reached to build a new ballpark in Baltimore and have it ready for the 1992 season. Orioles owner Edward Bennett Williams had signed a 15-year lease with a five-year option on the new ballpark.

During the 21-game losing streak, local radio personality Bob Rivers had taken to the airwaves for 258 consecutive hours, vowing to say on the air until the Orioles finally won a game, which they did on April 29. On Fantastic Fan Night, he was presented with a team jersey and threw out the ceremonial first pitch.3

Before the game, the crowd was treated to a video display of the Orioles of yesteryear including Earl Weaver’s machinations, and the hitting and fielding excellence of Frank and Brooks Robinson. And, oh yes, the attendance was stimulated by a giveaway promotion, as if the low ticket prices weren’t enough of an incentive. Some of the Orioles highlights had been provided by pitcher Scott McGregor in the 1983 World Series.

“I still feel good, but I wasn’t able to get people out. I gave it everything I had, and the results weren’t there.” – Scott McGregor4

“I had directions to the ballpark, and I needed them. I had never been here before.” — Orioles pitcher Jay Tibbs5

Things had taken a downturn, not only for the Orioles, but also for McGregor. On the day of the May 2, 1988, contest McGregor, who had been scheduled to start, was informed by team vice president Roland Hemond that he was being released. Jay Tibbs started in his place. Tibbs had woken up that morning in Toledo, Ohio, as a member of the Rochester Red Wings. He wasted no time in getting to Baltimore.

Frank Robinson was in the building having taken over as Orioles manager during the 21-game losing streak when Cal Ripken Sr. was fired. At the time of Ripken’s dismissal, the team was 0-6.

As the game began, there was a feeling of “here we go again,” as the Rangers’ Oddibe McDowell walked and went to second on an infield hit by Cecil Espy. But Tibbs managed to pitch his way out of the inning.

Morganna the exotic dancer made an appearance. During her prime, she would dash onto the field and place a kiss on an unsuspecting ballplayer before being whisked away. This time, with the cooperation of Baltimore officials, she ran at a slower place when Cal Ripken Jr. was batting in the bottom of the first inning. She trotted in from right field, kissed Ripken on the cheek, and left the field. In the aftermath of the interruption, Texas pitcher Jose Guzman committed a balk. Billy Ripken, who was on first base at the time via a walk, advanced to second. Guzman then struck out Cal Ripken, who was still suffering the aftershocks of the kiss, and Eddie Murray to get out of the inning.

They game was scoreless for the first two innings and the Rangers were dispatched without a run in the top of the third.

Guzman was victimized by the Orioles in the third inning. After Billy Ripken grounded out to start the inning, Cal hit a solo homer. An inning later the wheels fell off and Guzman, who entered the game with a 1.41 ERA, surrendered five runs. Keith Hughes, who had three consecutive hits in the game, opened the inning for the Orioles with a single. A double by Terry Kennedy put runners on second and third. Hughes scored on a one-out single by rookie Pete Stanicek and Kennedy scored on a single by Billy Ripken. Then things got sloppy. A wild pitch by Guzman sent Stanicek scampering home with the third run of the inning and moved Billy Ripken to second base. Third baseman Steve Buechele was unable to corral a groundball by Cal Ripken. Murray, responding to the “Ed-Die, Ed-Die!” chant screamed out from the stands, singled home Billy Ripken, who had advanced to third on the prior play. Cal Ripken scored from third on a balk by Guzman – his third balk of the game.

The cheering was led by Notre Dame of Maryland student Ray Lopez, attired in a leprechaun outfit. He was about the only one not dressed in orange and black. His outfit included green velvet knickers, a green vest, and a green jacket, and he strutted atop the Orioles’ dugout along the first-base line.6

The Rangers scored their first run in the top of the fifth inning. Curtis Wilkerson tripled with one out and scored on a wild pitch by Tibbs.

Guzman, despite the Orioles’ fourth-inning outburst, was still in the game when Baltimore came to bat in the sixth inning. With one out, Billy Ripken walked, and brother Cal doubled. Murray walked and Guzman was removed from the game. Jose Cecena came into the game for the Rangers and the first batter, Sheets, hit a grounder to shortstop. Scott Fletcher, hoping for an inning-ending double play, threw to second, forcing Murray, but Sheets beat the relay to first base and Billy Ripken scored. Cecena then was overcome by wildness, walking Lynn to fill the bases and issuing another pair of walks. Jeff Russell relieved Cecena and stopped the bleeding. By then, the Orioles had a 9-1 lead, and had batted around twice within a three-inning span.

Tibbs tired in the ninth inning and issued a two-out, three-run homer to Ruben Sierra after walking Mike Stanley and yielding a double to Fletcher. Doug Sisk came on in relief and got the last out of the game.

After the game, Billy Ripken said, “It was like Opening Day all over again, except we won. Maybe we can pretend that this was Opening Day and forget all those losses.”7

An optimistic Hemond, in his first year as GM of the Orioles, added, “Now I can understand why players have always been so proud to be Orioles and why so many (players) move to Baltimore to live.”8

Baltimore could not overcome its terrible start in 1988 and wound up the season losing 107 games, the most since moving to Baltimore. It was rock bottom for a team that from 1960 through 1985 had finished above .500 in 24 of 26 seasons and won three World Series championships.

Murray, who had been with the Orioles since 1977, was traded to the Los Angeles Dodgers in the offseason. With Baltimore from 1977 through 1988, Murray hit 333 homers and delivered 2,021 hits. During the 1996 season, he was traded back to Baltimore (by Cleveland) and added 59 hits, 10 of which were homers. He was Rookie of the Year in 1977 and was named to seven All-Star teams. He was inducted into the Hall of Fame in 2003.

In addition to Baseball-Reference.com and the sources shown in the notes, the author used:

6 Veronica Jennings and Paul Valentine, “Orioles Fans’ Faith Rewarded with a Win,” Washington Post, May 3, 1988: A1.

8 Thomas Boswell, “Fans Forgive the Present in Celebration of the Future,” Washington Post, May 3, 1988: E5.