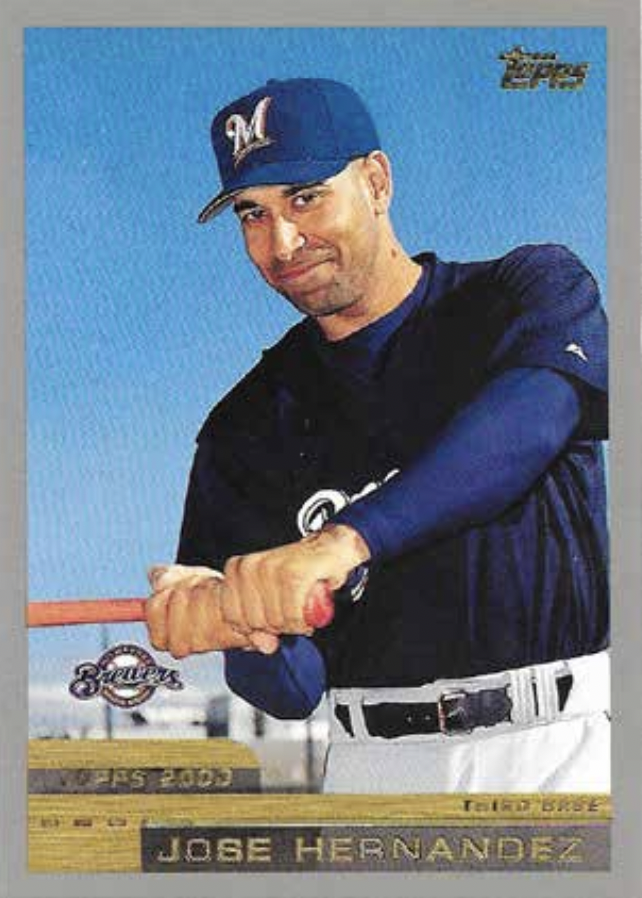 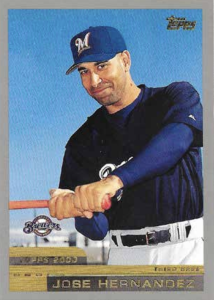 Doug Henry returned to Milwaukee County Stadium’s visitors locker room for the sixth time in late May 2000 since being traded from Milwaukee to the New York Mets six years earlier. He had pitched well in his previous outings as a visitor to County Stadium, compiling an ERA of 1.69 over 5⅓ innings against his former mates.

The California native had pitched for the Brewers from 1991 to 1994, racking up 61 saves during his tenure in Milwaukee, including 29 saves in 1992. Henry had saved 44 games in his first two seasons with the Brewers and appeared to be on his way to stardom.

But all good things must come to an end, and Henry was traded to the Mets before the calendar flipped to December in 1994 in exchange for players to be named later who turned out to be Fernando Vina and Javier Gonzalez. Vina showed that he was a good player for Milwaukee for five years, including an All-Star campaign in 1998.

Henry bounced around the majors after being traded to the Mets, playing for four teams in seven years, and finished his career with 82 saves, managing only 21 saves after his time in Milwaukee.

As Henry and his Houston teammates strolled into the visiting clubhouse on May 22, their team was dwelling in the cellar of the National League Central Division with a record of 15-26, riding a five-game losing streak.

The Brewers weren’t much better, languishing in fourth place in the NL Central with a ledger of 17-25.

Fewer than 4,000 fans were on hand to watch the two squads play in the first game of the makeup doubleheader, caused by two rainouts the week before.

The doubleheader was announced with just three days’ notice, leading to the tiny crowd and cheap ticket prices. Milwaukee sold bleacher seats for $1, and though the team was charging $10 for the best seats, fans who paid for any seat were allowed to move up to a better seat.1

It was a chilly, windy day, with the thermometer registering 58 degrees at the 1:05 P.M. start time, with winds blowing at a gusty 15 MPH from the right-field side toward the left-field line.

Normally, a day like this would be detrimental to offensive efforts, as batters don’t like “bees in the handles” of the bats, as players will speak of hitting when the weather is less than optimal.

But the two teams combined for 19 runs on a crazy, raw, and windy day.

The Astros took a first-inning lead on a leadoff triple by Roger Cedeño and a sacrifice fly by Craig Biggio off Brewers starter Steve Woodard.

Not to be outdone, the Brewers came back with two runs in the bottom of the inning. After Jeromy Burnitz and Charlie Hayes reached with two-out singles, Lyle Mouton banged a double down the left-field line to make it 2-1.

Houston took a 4-2 lead in the top of the third on a three-run homer by Richard Hidalgo, his 13th of the season.

It remained 4-2 until the top of the eighth, and then the game got a little crazy.

Juan Acevedo took over for Woodard in the eighth and gave up a leadoff double to Ken Caminiti but got two quick outs.

Then the roof caved in: The Astros scored three runs on two singles, two walks, and an error to take a 7-2 lead.

Henry came into the contest in the bottom of the eighth, threw just 10 pitches to get three outs, and took his Houston squad to the top of the ninth still holding a 7-2 lead.

Hector Ramirez took the slab for the Brewers in the top of the ninth and mixed two outs with two walks before former Brewer Bill Spiers drove in both runners with a two-bagger to right-center, giving Houston a seemingly insurmountable 9-2 lead with just three outs left for the home team.

Henry sauntered to the mound for the home ninth with a seven-run lead. But he failed to claim the save and he didn’t even finish the inning.

Burnitz walked and Hayes singled, then Mouton doubled to score Burnitz. José Hernandez doubled, scoring Hayes and Mouton, to make it 9-5. That blow chased Henry in favor of Jose Cabrera.

After a wild pitch, Marquis Grissom lined a single to left to score Hernandez.

At that point, ace reliever Billy Wagner came into to close out the contest. Wagner – who would see his season end in the middle of June with a torn flexor tendon in his pitching arm – walked Raul Casanova before striking out James Mouton and Ronnie Belliard to put the Brewers down to their last out.

With their backs truly against the wall, Milwaukee cut into the lead when Mark Loretta singled Grissom home to make it 9-7.

After a wild pitch, Burnitz pulled a single to right, scoring Casanova and Loretta and tying the contest, 9-9. Hayes grounded out to end the inning, which featured seven runs on six hits.

David Weathers came in to pitch the 10th inning for Milwaukee and put up a goose egg, allowing only a scratch leadoff single to Cedeño and an intentional pass to Caminiti with two outs.

It didn’t take long for the Brewers to get on the board in the bottom of the 10th. Joe Slusarski took over on the mound for Houston and leadoff batter Lyle Mouton popped out to Jeff Bagwell near the tarp in foul territory on the first-base side for the first out, but then it was time for José Hernandez.

On the first pitch he saw from Slusarski, Hernandez lined the ball over the left-field fence to give the Brewers a most improbable 10-9 comeback victory.

“On the home run, I just saw a good pitch and hit it,” said Hernandez. “All the hard work was in the comeback.”2

The rally was the fifth time the Brewers had come back in the ninth inning from a deficit of four runs or more, according to Elias Sports Bureau. The previous efforts were from leads of four runs (1977, 1980, 1991, 1999).3

“You don’t expect it, not that you’re giving up, but it’s a highly unlikely probability of scoring seven runs in one inning, especially in the bottom of the ninth,” said Brewers manager Davey Lopes, whose team had won five of its past six games.4

“But we did do it, and it was very gratifying, and this team is feeling a little excitement right now.”

And in the other dugout, as expected, the exact opposite feelings were being expressed by the Astros.

“As soon as they tied the game, you could just feel the letdown,” Houston manager Larry Dierker said. “I was not optimistic at that point. It’s the worst I’ve seen in 35 years. It was terrible.”5

The second game of the doubleheader had less drama but the same result, as the Brewers scored all their runs in the first four innings for a 6-1 victory and the twin-bill sweep.

In the final season at County Stadium, the Brewers provided some fireworks for the 3,913 fans who probably all sat in the “front row” on the chilly, windy day in late May.

In addition to the sources mentioned in the endnotes, the author consulted Baseball-Reference.com and SABR.org.