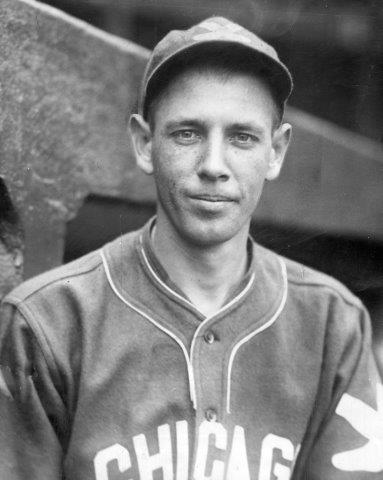 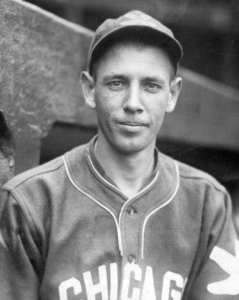 The staggering, awe-inspiring numbers point to an era in baseball that seems unfathomable from a modern perspective. Ted Lyons of the Chicago White Sox and the Detroit Tigers’ George Uhle combined to toss 41 innings, face 164 batters, and surrender 41 hits, as well as fashion streaks of 14 and 15⅓ scoreless innings, respectively, in a  21-inning contest that was completed in 3 hours and 31 minutes. It was “superb pitching that beggars description,” gushed Motor City sportswriter Harry Bullion, who extolled the suffering of the loser as much as the glory of the victor in this epic struggle of wills. “The injustice of it all was that Lyons, as brilliant as Uhle was, was obliged to lose, although the fate, if it had befallen Uhle, would have been just as severe.”1

The scene of Lyons and Uhle’s “grueling duel” was Comiskey Park in the Windy City. Inclement weather had canceled the first game of the series the previous day, forcing the teams to play six games, including a pair of doubleheaders, in the next four days. Skipper Lena Blackburne’s Pale Hose squad was floundering, and was in sixth place (12-20), headed for its ninth consecutive second-division finish since the Black Sox scandal decimated the once-proud franchise. Manager Bucky Harris’s fourth-place Bengals (19-15) were an early-season surprise, and trailed the eventual pennant-winning Philadelphia Athletics by five games.

Right-handers Lyons and Uhle were among the decade’s best pitchers and biggest names. A future Hall of Famer, Lyons was not yet the “Sunday Teddy” once-a-week hurler, but rather a durable workhorse, who tied for the AL lead in victories in 1925 (with 21) and 1927 (with 22). He entered the season with a sparkling 90-67 slate despite playing for horrible clubs, and was 3-2 thus far in ’29. Acquired by Detroit in the offseason, Uhle had anchored the Cleveland Indians’ staff, posting a 147-18 record in 10 seasons. The former three-time 20-game winner, who led the big leagues in victories in 1926 with 27 and paced the AL with 26 in 1923, was considered washed up after two disappointing campaigns, but had emerged as the hottest pitcher in the circuit, beginning the ’29 season with seven consecutive complete-game victories.

Both teams came out swinging. The White Sox’ Alex Metzler tripled to lead off the bottom of the first and scored on Bill Hunnefield’s single. Willie Kamm’s triple accounted for the second run to put Uhle on the ropes with no outs. Two batters later, Carl Reynolds reached on third baseman Marty McManus’s throwing error, the Tigers’ only miscue of the game, and moved to second. In what proved to be one of the most decisive plays of the game, first sacker Dale Alexander fielded Dutch Hoffman’s grounder and pegged out Kamm at home. Still shaky, Uhle walked Bill Cissell before Buck Crouse grounded to first to end the frame.

The Tigers roared back in the second, victimizing Lyons for five hits and three runs. Heinie Schuble’s sacrifice fly with one out scored Alexander while Roy Johnson added an RBI single and Harry Rice a run-scoring double. Lyons was hit hard again in the third when Alexander belted a one-out triple and scored on Eddie Phillips’s single, which according to sportswriter Irving Vaughan of the Chicago Tribune, fell between second baseman Hunnefield and right fielder Carl Reynolds in short right field.2 Phillips advanced to third on Schuble’s double, but both were left stranded.

Uhle had only two rough innings, the second of which occurred in the fifth. Four straight one-out singles led to a run (on Reynolds’s liner), followed by Cissell’s sacrifice fly for another to tie the game, and then Crouse’s RBI single to give the Tigers a 5-4 lead. Crouse stole second to put two runners in scoring position, but Lyons grounded innocuously to Schuble at short to end the threat.

After the Tigers’ Charlie Gehringer and Harry Heilmann led off the seventh with consecutive singles, resulting in a run on Alexander’s sacrifice fly to forge a 5-5 tie, the game took an unexpected shift.

Up to this point, it was easily the two hurlers’ worst outing of the season. In his first five innings, Uhle was clubbed for 10 hits; Lyons was roughed up for 11 in 6⅓, and then they embarked on the game of their lives.

Given the moniker “The Bull” for his heavy workload (he had twice led the AL in innings pitched and complete games), Uhle settled down and held the White Sox hitless from the sixth through 10th innings. He had pitched at least 10 innings in a game already nine times in his career (and eventually accomplished it 16 times). His previous high was 13 in a victory over the White Sox at Comiskey Park on August 30, 1923. From the 11th inning through the 20th, the Bull scattered seven singles, never more than one in an inning, and no White Sox runner moved beyond second.

While Uhle mowed down batters and was never in danger, Lyons bent (and bent), but somehow did not break. Bullion gave credit to the Pale Hose defense, which he called “as staunch as Gibraltar.”3 Lyons was as bullish as Uhle. Short and stocky (5-feet-11 and 200 pounds), Lyons was a tightly-wound coil of power. He too had paced the AL in innings pitched and complete games, in 1927, and would do it again in 1930. In the post-1900 era, Lyons ranks first among all pitchers by completing 73.5 percent of his starts (356 of 484) and tossed at least 10 or more innings in a game an astounding 35 times.

As the game moved into extra innings, Lyons was seemingly always in trouble. The Tigers future Hall of Fame duo of Gehringer and Heilmann lined consecutive one-out singles in the 12th, but the Mechanical Man was caught in a rundown between third and home in a daring double-steal attempt. Alexander drew a free pass, but Lyons erased McManus to end the threat. The Tigers collected two more singles in the next frame, yet left the runners stranded on first and second. The 14th “was dizzier than anything that went before,” opined Windy City scribe Vaughan.4 Heilmann belted a one-out double and sped home two batters later on McManus’s single to short right. According to Vaughn, Reynolds took the ball on one hop and nailed a sliding Heilmann at the plate.5 With nerves of steel, Lyons worked around leadoff singles in the 16th and 20th innings.

Lyons and Uhle entered rarefied territory at the beginning of the 21st inning. Prior to this game, only nine twirlers since 1900 had hurled at least 20 innings in a game, and only three since the Live Ball, post-1920 era.6 Astonishingly, three pairs of those pitchers were locked in marathons, led by Joe Oeschger and Leon Cadore’s 26-inning 1-1 tie on May 1, 1920.

One of the best-hitting pitchers in baseball history with a .289 lifetime average, Uhle led off the 21st with a sharp grounder that “hopped just in front” of Hunnefield at second, wrote Vaughan, and “rolled up the front of his shirt.”7 Legging out his fourth single of the afternoon, Uhle was replaced with pinch-runner Emil Yde (himself a pitcher). Johnson followed with a shot over the mound. Lyons missed it, then Hunnefield “stumbled and sprawled,” yet corralled the ball to save a possible run.8 His throw to third was too late to erase Yde while Johnson took second. Adrenaline flowing, Hunnefield then scooped up Rice’s grounder and fired a strike to catcher Moe Berg to cut down Yde at the plate. Gehringer’s fly to deep right-center field broke the tie as Johnson scored.

Lil Stoner, the Tigers reliable swingman, relieved Uhle and made it interesting. Pinch-hitter Johnny Watwood led off with a single and moved a station on Lyons’ sacrifice bunt, and then to third on Metzler’s grounder. Needing a hit to tie the game, Hunnefield tapped meekly to the mound, and Stoner tossed to Heilmann (who had moved from right field to first in wholesale defensive replacements in the 20th) to secure the Tigers’ victory.

One can only wonder how Lyons felt. He faced 85 batters and yielded 24 hits, while walking two and fanning four. His 21-inning outing is tied with four others for the fourth longest among post-1900 pitchers. He was given a few extra days’ rest, but was back on the mound six days later, hurling another complete game, and lost again, 4-3, to the Indians. For a dismal 59-93, seventh-place team, Lyons went 14-20, completing 21 of 31 starts. He compiled a 260-230 lifetime record in 21 seasons, all with the Pale Hose.

In his 20-inning effort, Uhle faced 79 batters, surrendered 17 hits, walked three, and fanned four. Five days later, he tossed a complete game to beat the St. Louis Browns and win his ninth straight start. He struggled for much of the remainder of the season, finishing with a 15-11 slate, while completing 22 of 30 starts. He retired after the 1936 season with a 200-166 record.