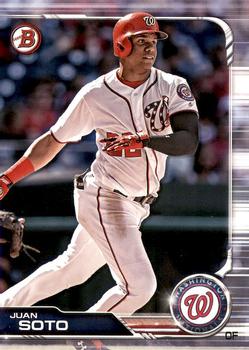 The Washington Nationals’ record was 19-31. They were in a five-game losing streak. Several of their expected starters were injured,1 there were calls for manager Dave Martinez to be replaced,2 the bullpen was historically bad,3 and Martinez had been ejected from the previous night’s game. But despite their forgettable start, the Nationals’ season ended with champagne, a parade, and the Commissioner’s Trophy. Every comeback, whether miraculous or just the result of hard work, starts with one game. This is that game.

The Miami Marlins were in town for a four-game series over the Memorial Day weekend. At 16-31, they were last in the NL East, but their six-game winning streak had them only 1½ games behind the Nationals for fourth place. Both Washington and Miami were well behind Philadelphia’s pace-setting 29-21 record.

As the Friday night crowd of 29,173 arrived at Nationals Park, 10-year-old Parker Staples delivered the ceremonial first pitch, arranged by the Make-a-Wish Foundation.4 The Nationals’ Kyle McGowin (6.00 ERA) took the mound for his second major-league start. His first had also been against Miami, the previous year, and he gave up just one hit in four innings.5 This outing did not get off to a promising start. After Curtis Granderson popped out, Garrett Cooper singled. Brian Anderson homered to left, giving Miami a 2-0 lead before the fans were settled into their seats. But McGowin limited the damage: Neil Walker lined out and Starlin Castro grounded out.

Like McGowin, Pablo López (3-5, 5.06 ERA) had started his major-league career in 2018, but the Venezuela native became a regular starter for Miami right away. After Trea Turner grounded out, Adam Eaton put the Nationals on the board with a homer into the right-field stands. But that was all López allowed: Anthony Rendon lined out and Juan Soto grounded out.

Granderson grounded to third. Rojas tried to score but was caught in a 5-2-5-2-67 rundown for the first out. Cooper grounded into a double play, but the Marlins led, 4-1. After Robles’s bobble there were scattered boos in the Park, not typical for Nationals fans, but perhaps their frustration with their underachieving team was breaking through.

López got three outs in the bottom of the second on five pitches.

In Miami’s third, Anderson grounded to Turner, who threw wide to first, his accuracy possibly affected by a still-healing broken finger.8 Anderson was forced out at second and Castro flied out to right. Ramírez’s grounder toward the second-base bag looked like the third out, but Turner couldn’t handle the ball, so both runners were safe on his second error of the inning. But McGowin picked up Turner by striking out Alfaro for the third out.

The Nationals tied it up in the bottom of the third. After Yan Gomes flied out, McGowin earned his first major-league hit, singling up the middle. Turner doubled off the scoreboard in center. Eaton’s groundout scored McGowin. Rendon homered into the Budweiser Terrace in left-center; the pitch was well inside but he pulled his hands in and got all of it for a two-run homer. After Soto singled, Miami tried a mound visit. It didn’t appear to help: Matt Adams singled and Brian Dozier walked. Robles, the ninth batter of the inning, struck out, but the game was tied, 4-4.

The Marlins regained the lead in the fourth. Granderson hit a two-out solo homer into the second deck, just inside the right-field foul pole. It was the 338th home run of his career and Miami led, 5-4.

Michael A. Taylor, pinch-hitting for McGowin, hit a one-out double in the bottom of the fourth. Center fielder Ramírez attempted a sliding catch of the liner, but the ball bounced off his glove – it was initially ruled an error but changed to a hit. Taylor advanced to third on Turner’s broken-bat groundout. Wei-Yin Chen replaced López and struck out Eaton to end the inning. The Nationals fans did cheer for Chen, though: He rode in on the bullpen cart, something visiting pitchers rarely did.

Joe Ross took over the pitching for the Nationals in the fifth. His third pitch plunked Anderson, then Walker walked on four pitches. Ramírez hit a one-out double off the scoreboard to score Anderson, but good fielding by Robles held Walker at third. The relief was short-lived: Alfaro’s single up the middle scored two more. Rendon’s diving catch of Rojas’s line drive and Ross’s strikeout of Chen, who was making his first plate appearance of the year,9 prevented further damage, but Miami had an 8-4 lead.

Rendon opened the bottom of the fifth with a double into the left-field corner. Soto followed with a single to move him to third. Adams grounded into a double play, but Rendon scored: 8-5, Marlins. Austin Brice took over the pitching (perhaps for a righty-righty matchup), striking out Dozier.

Matt Grace was the next pitcher out of the Nationals’ bullpen. All he allowed in the sixth was a walk to Anderson.

Brice continued pitching in the bottom of the sixth, starting by plunking Robles. Gomes singled, moving Robles to third. Turner’s one-out single scored Robles, pulling the Nationals closer: 8-6. That was all for Brice: He was replaced by Adam Conley. Eaton flied out. The runners advanced on a passed ball, but no harm done: Rendon was called out on a not-quite-checked swing.

Tanner Rainey had a rough start to the seventh inning. Castro singled on the first pitch. Ramírez hit a foul pop, but Dozier dropped it for the Nationals’ fourth error of the night. Rainey then hit Ramírez to put two runners on with no outs. Castro made it to third on Alfaro’s comebacker, but Rainey buckled down and struck out Rojas and Prado to keep the score unchanged.

The Nationals retied the game in the seventh. After Soto walked, Adams hit one deep, but the 38-year-old Granderson caught it while crashing into the wall. After a wild pitch and a walk to Dozier, Robles doubled just inside the left-field line, scoring two for an 8-8 tie. Nick Anderson, the next reliever, got Gomes to hit what looked like an inning-ending double play, but the ball hit a cleat mark and bounced off the shortstop for an error. Anderson escaped the inning when pinch-hitter Gerardo Parra grounded into a double play.

The Nationals’ Tony Sipp faced one batter in the Miami eighth: Granderson doubled off the scoreboard. Next in was Kyle Barraclough, who struck out Cooper but allowed a single to Anderson. Pinch-hitter Rosell Herrera popped up a bunt, which Gomes caught in fair territory. Rendon almost caught Castro’s line drive, but it ticked off his glove, allowing Granderson to score. Ramírez struck out, but the Marlins led again, 9-8.

Down by one run, the Nationals demonstrated the come-from-behind ability they would show throughout the season – and the postseason. Anderson struck out Turner to start the home eighth, but walked Eaton and Rendon. Miami changed pitchers to Tayron Guerrero. His 3-and-1 pitch to Soto was 100 mph – and left the yard as fast for a three-run homer, putting the Nationals up, 11-9. Not to be outdone, Adams followed with a home run on a 101-mph pitch. The third Miami pitcher of the inning, Tyler Kinley, struck out the next two batters, but Washington carried a 12-9 lead into the ninth.

Sean Doolittle, the Nationals closer, sought redemption after his terrible performance two days earlier against the Mets.10 It was not a promising start: Alfaro drove his first pitch halfway up the Budweiser Terrace in center field to cut Washington’s lead to 12-10. When Rojas followed with a single, the tying run was at the plate with no outs and the crowd was getting nervous. Pinch-hitter Austin Dean lined to center, but Robles made a diving catch for the first out. He caught Granderson’s popup as well – a much easier play. Now the crowd stood, chanting, “Doooooooo!” in encouragement. Cooper singled, and the fans started the chant again. When Anderson grounded to second for the final out, there was much rejoicing in the stands and on the field.

No one knew it at the time, of course, but the Nationals had ignited a historic turnaround. They finished the regular season on a 74-38 tear, clinched a wild-card berth, and ultimately won the National League pennant and the World Series.

As for Parker Staples, as the Nationals surged to October glory, they looked at the 10-year-old as a good-luck charm since their turnaround started with “his” game and first pitch. He threw out the first pitch of Game Three of the NLCS and joined them in their World Series victory parade.11

Although the Nationals also started their pandemic-shortened 2020 season with a 19-31 record, they did not have enough time for an encore comeback. Who knows what they could have done in a full season, since they were improving by the end of the 60-game season?

I attended this game as part of my season plan. Although it was still relatively early in the season, disappointment hung over the fan base like a cloud.12 This roller-coaster game, with the errors, lead changes, bullpen adventures, and the final come-from-behind victory, was in retrospect like much of the Nationals 2019 season.

1 Among the regulars (or expected regulars who didn’t make it through the year) who spent time on the injured list in the first two months of the season: Howie Kendrick, Turner, Taylor, Justin Miller, Rendon, Trevor Rosenthal, Ryan Zimmerman, Soto, Andrew Stevenson, Aníbal Sánchez. thenationalsreview.com/2019/11/03/timeline-of-the-2019-world-series-champion-washington-nationals/.

2 Mark Zuckerman, “Nationals on the Brink After Embarrassing Sweep,” masn.com, May 23, 2019, masnsports.com/nationals-pastime/2019/05/nationals-on-the-brink-after-embarrassing-sweep.html.

3 The starters’ ERA was 3.89, but the relievers’ ERA was 7.02 through 50 games – the worst in history (statistics displayed during game broadcast).

7 Baseball Reference shows it as 5-2-5-6, but the catcher Gomes did handle the ball twice: the second time chasing Rojas back to third, then throwing the ball to shortstop Turner, who was covering third.

8 Turner’s fingers were broken on April 2 in a bunt attempt. He returned May 17, but the damage wasn’t actually repaired until after the season, so he played with 8½ good fingers (shades of “Three-Finger” Mordecai Brown). talknats.com/2019/11/19/trea-turner-surgery-fingers-one-2019s-miracles/.

9 By year-end, he had five plate appearances, four strikeouts, and no hits. In previous years when he was starting for Miami, he had collected seven hits.

12 See the comments on Mark Zuckerman’s blog post for May 24, 2019. masnsports.com/nationals-pastime/2019/05/history-suggests-turnaround-for-nats-is-near-impossible.html.