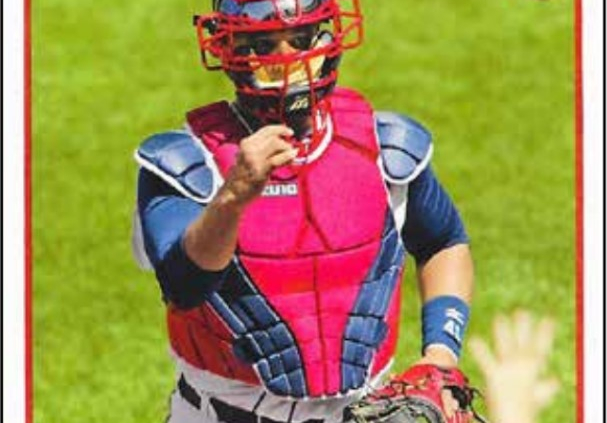 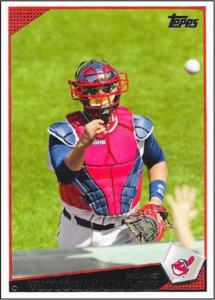 The Tampa Bay Rays were the defending American League pennant winners in 2009. Just 11 years after their expansion season in 1998, the Rays ran through the gauntlet that is the American League East in the regular season, eclipsed Chicago and Boston in the playoffs, and were then crowned AL champs.

The ultimate dream of a World Series championship ended with a thud as the Philadelphia Phillies defeated Tampa Bay in five games to win their first World Series since 1980.

The Rays started out the 2009 season with a 9-14 record in April and were relegated to cellar dwellers in the East. They won seven of 10 as they came to Cleveland for a four-game set beginning May 25 at Progressive Field. Tampa now stood at an even 23-23 but were only four games behind first-place Boston.

The Rays got some bad news when they got to Cleveland. Starting shortstop Akinori Iwamura was injured in a play the day before. Iwamura was taken out on a hard slide at second base by Florida’s Chris Coghlan. The result was a ruptured ACL, and he would be lost for the season.

The Indians (17-28) were in the basement of the AL Central, 8½ games behind front-running Detroit. Cleveland lost three of four to Tampa Bay at Tropicana Field the previous week. It looked as if matters would be getting worse before they got better for manager Eric Wedge’s Indians.

A Memorial Day crowd of 20,929 made its way into the ballpark. Perhaps they were not expecting much given their team’s woes. But then again, that’s why they play the games.

The pitching matchup for the evening affair matched Tampa Bay’s David Price (first start) and the Tribe’s Fausto Carmona (2-4, 5.74 ERA). Price, a southpaw, had been recalled from Triple-A Durham (1-4, 3.93 ERA). He had pitched well out of the bullpen for the Rays in the previous year’s playoff run. But now he was thrust into the starting rotation, where expectations of his abilities were much higher. Carmona, who won 19 games in 2007 for the Indians, had a great sinker, but not much else, and once batters learned to lay off his meal-ticket pitch, he got knocked around. In 2008 he was 8-7 with a 5.44 ERA, and thus far the 2009 season was not treating him any better.

The Rays proved to be a rude guest. After a scoreless first inning, they hung five runs on the scoreboard in the second inning. Carmona walked the first four batters (Carlos Peña, Willy Aybar, Ben Zobrist, and Gabe Gross) in the second inning. Gross was credited with an RBI and the Rays led 1-0. But that was only momentarily. After Carmona struck out Dioner Navarro, Reid Brignac singled to right field, knocking in Aybar and Zobrist. Gross raced to third base.

Melvin Upton, the Rays’ leadoff hitter, laid a bunt down the first-base line. Gross scored, Upton was safe at first base and Brignac moved to second. Carl Crawford singled to right field, Brignac scored, and Upton went to third. Carmona walked Evan Longoria, his fifth walk in the inning, and the bases were reloaded for the Rays.

With the Rays leading 5-0 and threatening to score more, Wedge removed Carmona. “He’s been pitching for a long time,” the manager said of Carmona. “He’s got to be better than that.”1 Relief pitcher Jensen Lewis was summoned from the bullpen and he retired Peña and Aybar to end the frame.

The halt in scoring was only temporary, as Gross unloaded a two-run home run in the top of the third inning off Jensen. It was the third homer of the year for Gross as the Rays’ lead grew to 7-0.

The Rays were far from finished: Lewis walked Crawford and Longoria to start the fourth inning. A single by Peña scored Crawford and sent Longoria to third. Wedge brought in Rich Rundles (his only appearance in the season) from the bullpen to relieve Lewis. After Aybar lined out, Zobrist doubled Longoria home. Gross walked to load the bases, and Navarro was hit by an errant pitch from Rundles to force in Peña. The Rays were up 10-0.

A two-run homer by Ryan Garko in the bottom of the fourth put the Indians on the board. The comeback trail was long as they trailed 10-2. But Price did not make it out of the inning; two consecutive walks followed Garko’s bomb. Rays manager Joe Maddon brought in Lance Cormier. “It all starts with starting pitching,” said Price. “I’ve got to do a better job than that. Averaging 10 pitches an out is not good enough.”2

Jeremy Sowers entered the game for Cleveland in the top of the fifth inning. The southpaw kept the Rays from tallying more runs. In the bottom of the eighth, the Indians inched a little closer. On the mound for the Rays was Dale Thayer. Shin-Soo Choo, Mark DeRosa, and Garko hit consecutive singles off Thayer. Matt LaPorta bounced into a 5-4-3 double play, and Choo scored. Ben Francisco followed with a single to plate DeRosa and the Rays’ lead was six runs, 10-4.

Thayer was still on the hill in the bottom of the ninth. But he soon found himself in a jam. Grady Sizemore led off with a walk. After Victor Martinez popped out, Jhonny Peralta singled and runners were on first and third. Maddon went to his bullpen and brought in Randy Choate.

Choo hit a grounder to Brignac at short, but a throwing error scored Sizemore and the Indians now had runners on second and third. In came Grant Balfour for the Rays and he got DeRosa to line to third for the second out. But Garko smacked his second home run of the game, a three-run shot to left field, and the Rays’ lead shrank to 10-8. Asdrubal Cabrera pinch-hit for LaPorta and walked.

Maddon trudged to the mound once more and called for Jason Isringhausen. But the one-time NL saves leader could not find the plate. Consecutive walks to Francisco, Jamey Carroll, and Sizemore forced in Cabrera and the Indians trailed by just a run, 10-9.

But not for long. Victor Martinez singled to center field to score Francisco and Carroll and the Indians came all the way back from a 10-0 deficit to win the game, 11-10. “I definitely was not going to be an easy out for him, especially when he’s having trouble throwing strikes,” said Martinez. “I went up with a plan and executed it. He gave me a pitch I was looking for.”3

Sowers (1-2) pitched five innings of scoreless relief to record his first win. “Jeremy gave us a chance to get back in the game,” said Wedge. “He pitched very well.”4

“Just a bad night. I couldn’t find the plate,” said Isringhausen. “It’s inexcusable to walk three guys like that: I can’t remember the last time I did that. I’d rather give up three home runs than give them free passes. It’s just a shame how well we came out and hit the ball and let it slip away from us.”5

Iwamura’s injured ACL turned out to be strained and not ruptured as originally thought. He did return to the Rays in late August. But he missed three months of the season.