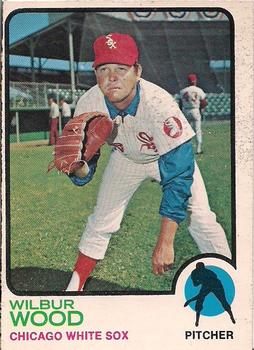 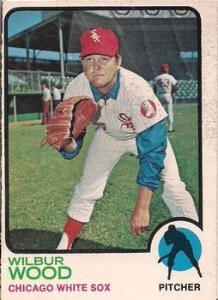 The Chicago White Sox entered a Memorial Day weekend series having just swept the California Angels in a three-game series at Comiskey Park. As a result, Chicago increased its lead in the American League West to 3½ games. There was a logjam of three teams in second place: the Angels, Minnesota, and Oakland. In the finale, on May 24, the setting was a classic pitching duel between the Angels’ Nolan Ryan and the White Sox’ Wilbur Wood. Ryan, who had just pitched his first career no-hitter, against the Royals on May 15, struck out 12, walking one. But he surrendered four earned runs. Wood, the knuckleballing savant, struck out six and led the Chisox to a 4-1 victory.

The White Sox’ opponent for the weekend was the Cleveland Indians. As the Indians made their way to the Windy City, they were in sixth place in the AL East, but just three games behind front-runner Detroit. The Tribe owned a modest two-game winning streak and was looking to gain further momentum.

In the opener, on May 25, the Indians did just that as they extended their winning streak to three games. Home runs by Chris Chambliss, Oscar Gamble, Charlie Spikes, and Dave Duncan accounted for six of the eight runs in the 8-3 win. The loss eclipsed Chicago’s three-game win streak.

The Indians opened as though they were going to dent the scoreboard. Buddy Bell led off the game with a triple to right field. But Bahnsen struck out John Lowenstein for the first out. Chambliss and Spikes followed with groundouts, and Bahnsen escaped without giving up a run.

Perry kept the White Sox off the scoreboard until the bottom of the fifth inning. With one out, Jorge Orta bunted safely to the third-base side, and went to second on a throwing error by Indians third baseman Buddy Bell. Eddie Leon followed with a single to right field to score Orta. Although it appeared that right fielder John Lowenstein might have nailed Orta with his one-hop throw to the plate, Orta avoided Duncan’s tag and was ruled safe. Leon went to second base on the throw home. Perhaps Perry was rattled, as he heaved a wild pitch and Leon advanced to third. The White Sox loaded the bases when Pat Kelly and Bill Sharp walked. But Perry got out of it when Dick Allen bounced into a 6-4-3 double play to end the inning.

Cleveland tied it in the top of the seventh inning. Lowenstein led off with a double to right field and came home on a single to right by Duncan. The Indians took the lead at 2-1 in the top of the eighth. Tom Ragland singled to left field and scored when Frank Duffy doubled to left. Bill Melton evened matters in the bottom of the frame, smashing a one-out home run to the left-field pavilion. It was Melton’s ninth home run of the year, and knotted the score at 2-2.

For the next five innings, Perry and Bahnsen pitched goose-eggs. Neither team mounted a serious threat. Both hurlers proved their mettle and each went 13 innings. Perry surrendered 10 hits, walked five and struck out eight. Bahnsen gave up nine hits, walking three and whiffing four.

Cleveland summoned Jerry Johnson from the bullpen in the top of the 14th inning. The White Sox followed suit by turning to Terry Forster in the bottom of the frame. Johnson, a right-hander and lefty Forster continued what their predecessors started. Although both squads put men on base, both hurlers threw three innings of scoreless baseball. As if the game did not take long enough, there was a 17-minute rain delay in the 14th inning.

When play resumed on May 28, Wood replaced Forster in the top of the 17th inning. Wood was also scheduled to pitch the regularly scheduled game. Milt Wilcox took the mound for the visitors in the bottom of the 17th.

The White Sox threatened in the 17th inning, when Wilcox walked two and added two wild pitches for good measure. But the threat was snuffed out when Rick Reichardt grounded out with runners on second and third base. Cleveland broke through for an unearned run in the top of the 21st inning. Spikes walked with two out and moved to second when shortstop Leon booted Duncan’s grounder. Walt Williams singled to center field to plate Spikes. Wood whiffed George Hendrick to ensure that there would be no further damage.

Chicago took little time in coming back in the home half of the inning. Tony Muser led off with a double and advanced to third when Chuck Brinkman sacrificed. Leon atoned for his error in the top of the inning and singled over Ragland’s head into right field to send Muser home with the tying run. Cleveland skipper Ken Aspromonte trudged to the mound and replaced Wilcox with Tom Hilgendorf. The southpaw could not do the job as Pat Kelly singled, moving Leon to second. Aspromonte again made a pitching change and called in Ed Farmer. Chicago’s Johnny Jeter sent a groundball to Duffy at shortstop. A double play seemed to be in order, but the Tribe was only able to get the force out of Kelly at second base. Dick Allen stepped to the plate and unloaded his 10th home run of the year into the right-field pavilion. The final score was Chicago 6, Cleveland 3. Wood won his 12th game of the year against three losses. Wilcox took the loss and his record slipped to 3-1. It was the most innings played by a Cleveland team in the Indians’ history. For Chicago, it tied the longest. The White Sox had lost to Detroit, 6-5, in a 21-inning affair on May 24, 1929.

For an encore, Wood pitched a nine-inning complete game in the nightcap, beating the Indians 4-0. Wood’s record improved to 13-3, with a 1.71 ERA. “I call him Wilbur Wonderful,” said White Sox manager Chuck Tanner.1 Wood was off the mound 22 minutes between games. “It was just like a long inning between trips to the mound,” he said.2