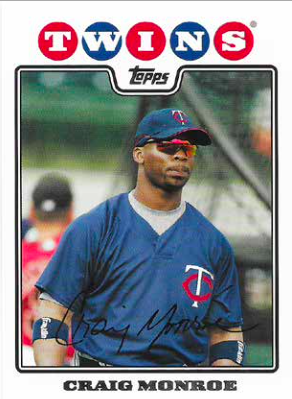 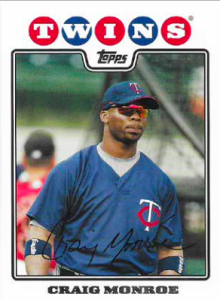 Allowing five runs in the top of the ninth inning, the Kansas City Royals wasted a quality start from Zack Greinke and blew an 8-3 lead in front of 13,621 fans at Kauffman Stadium. Veteran right-hander Liván Hernández, pitching his lone season in the American League, opposed Greinke and threw six innings, allowing 13 hits and six earned runs.

Zack Greinke’s 2008 campaign set the stage for his Cy Young Award season in 2009. He surpassed 200 innings for the first time in his career, notched 13 wins and posted a 3.47 ERA over 32 starts. His 117 pitches in this start were his most in any start during the 2008 season. Lasting eight innings, he allowed five hits and three runs, while walking two batters and striking out eight.

As is usually the case in a game featuring a large comeback, one team jumped out to a large lead. The Royals led 3-2 after three innings, after a run-scoring double play from José Guillén in the first inning and a two-out rally in the third. Two errors by left fielder Delmon Young contributed to three more runs in the fourth, making the Twins’ deficit 6-2 after four frames. When Miguel Olivo led off the Royals’ fifth against Hernández, the Royals’ win expectancy was 93 per cent.1

This game was the second home game for the Royals since they returned from an 11-game road trip that saw them fall from 1½ games back to seven games back in the American League Central Division. The Royals had also been no-hit by Jon Lester nine days before this matchup with the Twins, who were firmly in second place in the Central Division. They finished 12-6 against the Royals in 2008 and began their comeback when Mike Lamb singled in Twins outfielder Jason Kubel with one out in the seventh inning.

Twins manager Ron Gardenhire finally yanked Hernández out of the game after a Joey Gathright single and stolen base, followed by Alex Gordon’s ground-rule double. Juan Rincón, who pitched in more games for the Twins than either Brad Radke or Bert Blyleven, allowed a single by Olivo to make the score 8-3.

Greinke breezed through the top of the eighth and Twins reliever Bobby Korecky worked around a leadoff single by Alberto Callaspo to set down the Royals in their half of the inning. Going into the top of the ninth, the Royals’ win expectancy was 99 percent. Ramón Ramírez, pitching on two days’ rest, entered the game and wrapped two strikeouts around a single by Jason Kubel. For the second time in the game, Mike Lamb singled Kubel home and took second when Brendan Harris singled to right field. After rookie outfielder Carlos Gómez singled in Lamb, the score was 8-5 with runners on first and second.

Both managers made lineup changes after Gomez’s single. Gardenhire pinch-hit Craig Monroe for Alexi Casilla and Royals manager Trey Hillman countered with Joel Peralta relieving Ramirez. On a full-count fastball, Monroe hit a three-run homer, tying the game at 8-8 and completing the Twins’ comeback. After the game, Peralta quietly reflected, saying, “I’ve faced [Monroe] before, I just made a mistake. Fell behind in the count and had to throw a strike and – home run.”2Monroe retired in 2009 with two home runs and a 1.200 OPS against Peralta in 10 plate appearances. Before Kennys Vargas hit a home run in 2017, this homer by Monroe was the last tying/winning pinch-hit home run by a Twin in the ninth inning.3

After the Royals were unable to score in the bottom of the ninth inning against a trio of Twins pitchers, Justin Morneauled off extra innings. Morneau won the 2006 American League MVP award and finished second to Dustin Pedroia this season. He hit a leadoff homer to give the Twins a 9-8 lead, raising their win expectancy from 50 percent to 83 percent. Peralta retired the next three hitters, but the damage was done. The Twins had quickly erased a five-run deficit and possessed the lead with one of the game’s most dominant closers on the mound. Joe Nathan had a fantastic season in 2008, posting the highest ERA+ of his career at 316. He made quick work of the Royals in the bottom of the 10th to secure the win for the Twins.

After just the 53rd game of Trey Hillman’s managerial tenure, tensions boiled over in the Royals clubhouse. José Guillén, frustrated at the supposed lack of effort of his teammates, went on an obscenity-laced rant, saying in part, “Too many babies here. … Now I know why this organization’s been losing for a while. Now I know.”4

Upon further analysis, this game was ripe for a Twins comeback. The Royals were scuffling after a difficult road trip and their bullpen was depleted after a 12-inning loss to the Twins the night before. Hillman admitted as such after the game, saying, “From the extra innings last night, we didn’t have anyone else available.”5

The Twins’ comeback showcased their bullpen strength and ability to use home runs to punish teams offensively. For the Royals, their 10th straight loss meant additional clubhouse tension during another lost season.

The author consulted Baseball-Reference.com for the game’s box score and other details such as splits and play-by-play information, as well as Retrosheet.org.

1 Win expectancy is a complex mathematical formula which helps to explain the chance an average team has of winning the game using variables such as inning, score and number of outs. Each play has an effect on the win expectancy for each team. Baseball-Reference.com has a detailed explanation of its win probability/expectancy stats and includes a win probability chart for each game on its site. Tom Tango also has a detailed explanation here.