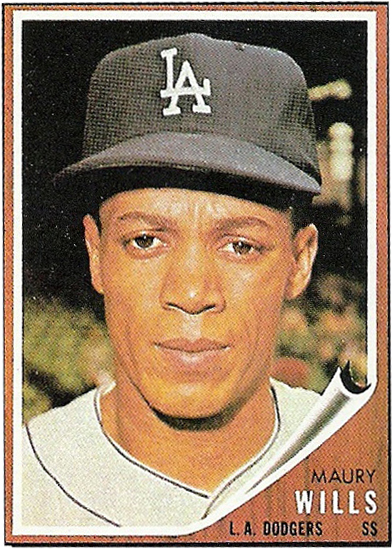 The Dodgers last played in Ebbets Field on September 24, 1957, when they beat the Pittsburgh Pirates in front of 6,702 fans. Gil Hodges was the final batter for Brooklyn, striking out in the eighth inning. Within weeks of that game, the Dodgers moved to Los Angeles and the Giants to San Francisco, leaving the Yankees as the only New York team.1 This obviously created a void for National League fans who disliked the Yankees.

William Shea, a prominent New York lawyer, was appointed by Mayor Robert Wagner to head a committee charged with getting a new National League team in New York.2 The committee also included former US Postmaster General James Farley and businessmen Clint Blume and Bernard Gimbel. In 1959 Shea announced the formation of a third major league, the Continental League, which included a team in New York. In 1960 the new league disbanded with the understanding that the major leagues would expand and include a franchise in New York. On October 17, 1960, the franchise was formally awarded to a group led by Joan Payson, a New York society figure.3

To get a new team, the city had to build a new stadium. Ground was broken in Queens on October 28, 1961, for a ballpark originally called Flushing Meadows Park. The name was changed to Shea Stadium to honor William Shea for his work obtaining a new team.4

Since Shea Stadium could not be completed by the start of the 1962 season, the Mets had to look for another ballpark. The Yankees did not want to rent Yankee Stadium to the expansion team, so the Polo Grounds was the only place where the Mets could play. The club had to spend much money renovating the aging structure and getting the field in condition in time for Opening Day.5

The Mets’ first scheduled games against the Los Angeles Dodgers were a holiday doubleheader on May 30, 1962. On that date the Mets’ record was 12-27 while the Dodgers’ was 31-15. Over the first 15 home games of the season, the Mets’ paid attendance was a measly 155,879, an average of just 10,392. To attract fans, the Mets had signed many veteran players who were past their prime. Starting with the Memorial Day doubleheader, the Mets’ next seven home games were against the Dodgers and Giants, who were playing in New York for the first time since the move to the West Coast. Would the New York fans root for the nascent Mets or the two teams that had abandoned the city for greener pastures? Sandy Koufax, Johnny Podres, Don Drysdale, Ed Roebuck, Duke Snider, Jim Gilliam, and John Roseboro, who played in Brooklyn in 1957 were on the roster.6

A remarkable 55,704 fans, including this writer, attended the holiday doubleheader. It was the largest crowd in the major leagues this season. It was the largest crowd at the Polo Grounds since September 6, 1942, when 57,606 fans attended a Dodgers-Giants doubleheader.7 Sandy Koufax (6-2) and Jay Hook (3-4) were the starting pitchers for the Dodgers and Mets, respectively. Gil Hodges, who played for Brooklyn in 1957, started the game at first base for the Mets.

The three-game series served as a reunion for many of the players. Mets infielder Charlie Neal, who played for the 1957 Dodgers, sought out several former teammates. Casey Stengel, very much a social butterfly, fraternalized with Snider and Podres. Stengel also sat on the steps of the clubhouse in center field and chatted with some fans who promised to support the Mets through good times and bad. The “Old Perfessor” promised that the team would try hard to win more games.8

The Dodgers scored first in the second inning, getting two runs. Ron Fairly tripled and scored on a single by Frank Howard, who scored himself on Koufax’s groundout. The Dodgers scored four more runs in the third inning and knocked Jay Hook out of the box. Dave Hillman relieved Hook and immediately gave up a home run to Fairly. The Dodgers now led 6-0. In the fourth inning Hillman yielded three consecutive singles and was replaced by Bob Moorhead. By the end of the inning, the Dodgers had a commanding 10-0 lead.

In the bottom of the fourth inning Gil Hodges hit a solo home run off his former teammate Koufax. The Mets scored two more runs that inning and trailed 10-3. In the fifth inning Maury Wills hit an inside-the-park home run against Moorhead and Tommy Davis drove in Willie Davis with a single to make the score 12-3. Koufax was in command for the rest of the game but did allow three more runs. Moorhead pitched five innings in relief and was replaced by former Pittsburgh Pirate Vinegar Bend Mizell in the ninth inning.

The Dodgers won the game 13-6, getting 19 hits off the Mets pitchers, including home runs by Willie Davis, Ron Fairly, and Maury Wills (two). Joe Christopher and Elio Chacon had three hits each for the Mets.

The second game of the doubleheader was closer, but the result was the same. The Dodgers won, 6-5, on a ninth-inning home run by Willie Davis.

Since this inaugural season there has been an intermittent rivalry between the Mets and the Dodgers. In each season from 1962 to 1967 the Mets lost 16 of 18 games to the Dodgers. On June 30, 1962, Sandy Koufax threw a no-hitter against the Mets. Finally, in 1968 the Mets won 11 of 18 from the Dodgers. As time passed, New York fans felt less pain over the Dodgers’ move to the West Coast. As fans of the Brooklyn Dodgers and New York Giants died, the rivalry became dormant. It heated up again in 1988 when the two teams met in the National League Championship Series and in 2006 in the Division Series.9 The rivalry hit a “boiling point” in Game Two of the 2015 Division Series when Ruben Tejada was badly injured by Chase Utley’s dirty slide.10