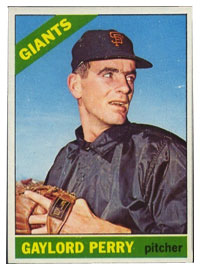 Sudol’s temper was short because Cannizzaro, earlier in the at-bat, had fouled the 0-2 pitch off Sudol’s foot. His temper might have been made even shorter by hunger. Someone had forgotten to bring food to the umpires’ quarters between games. Before he left the playing area, Dark put the game under protest. The base on balls proved harmless. While the commotion was going on, Gaylord loaded up another spitter and Cisco hit a ball back to Perry. Perry fired to Davenport, playing shortstop, who threw the still wet ball to Cepeda to complete the inning-ending double play.1