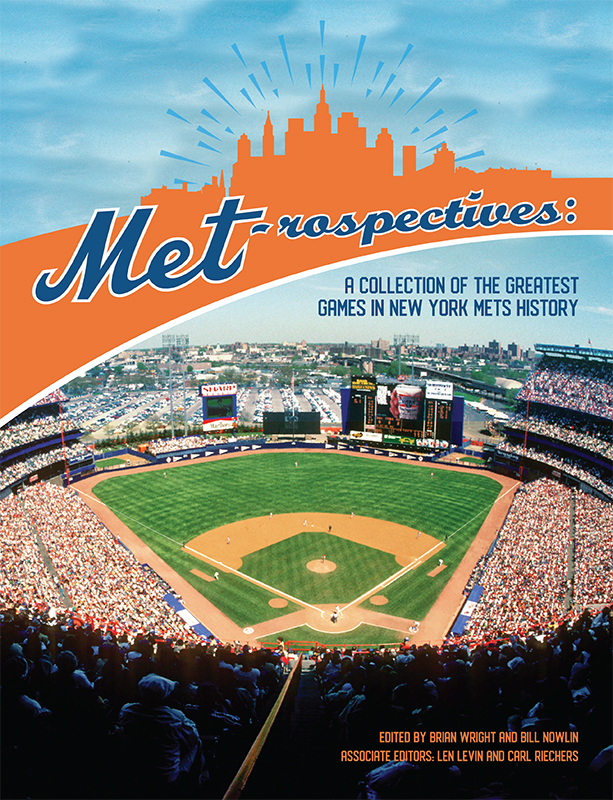 New York Mets fans can soak in some Amazin' memories with the newest book from the SABR Digital Library:

The Mets are a team known for warming hearts one day and breaking them the next. Nothing has ever come easy for the National League's third franchise in New York. Even the miraculous championship year of 1969 didn’t occur without seven preceding years of futility. And in the dominant 1986 regular season, the road to an expected World Series title didn’t happen without gut-wrenching, precipice-of-defeat dramatics in the playoffs.

There have been fair measures of wondrous and woeful in the franchise's history, but this book’s 57 game summaries — coinciding with the number of Mets years through 2018 — are strictly for the eternal optimist. All, with the exception of one valiant defeat, end in triumph for the orange and blue. The selection process for these games involved various criteria including the time in the season, the dramatic level, and the impact in shaping franchise history.

The games are recounted here thanks to the combined efforts of 32 SABR members. They run the gamut of the team’s lifespan, beginning with its very first victory in April 1962 at Forbes Field, running through Tom Seaver’s “Imperfect Game” in July ’69 and the unforgettable Game Sixes in October ’86, the “Grand Slam Single” in the 1999 NLCS, then concluding with extra-inning heroics in September 2016 at Citi Field that helped ensure a wild-card berth.