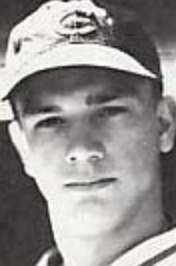 Longtime Chicago Tribune writer Irving Vaughan left no doubt in his readers’ minds as to who won the May 5, 1938, rubber-match contest between the Cubs and Phillies: “Albert Paul Epperly, the Iowa farm boy, was introduced yesterday in his maiden start as a big leaguer and his Cub mates turned the event into a carnival in which the humble Phillies were the unwilling stooges.”1 The Cubs entered the day 10-6, 3½ games behind the New York Giants in the National League standings, while the Phillies trailed by 9½ games with a 3-11 record.2

In the top of the first inning, Epperly and his Chicago teammates took the field in clean white uniforms with familiar the Cubs nickname stitched on the left breast, featuring the iconic red Cubs “C,” and trimmed in blue piping on the shoulders and down the pants legs. Phillies leadoff hitter Heinie Mueller strode to the plate in the Phillies’ new tributary uniforms, with the Phillies script stitched in yellow and outlined in blue; the uniforms celebrated the tricentennial of Swedish settlement in the Delaware Valley and Philadelphia’s city colors.3 Mueller popped out to third to open the frame, then Chuck Klein singled. Epperly stranded Klein on base and retired the next two batters via foul fly and strikeout.

Wayne LaMaster started the game for the Phillies and what ensued is arguably one of the most painful opening frames in Phillies history. LaMaster managed to throw only three pitches before he left the game with an arm injury. Tommy Reis replaced LaMaster while pitching to Stan Hack and walked Hack and Billy Herman to open the inning. Ripper Collins grounded out to first base while Hack and Herman advanced. Reis then intentionally walked Frank Demaree to load the bases. Joe Marty singled to left field and scored Hack and Herman. Reis was pulled while pitching to Augie Galan, and was replaced by Pete Sivess with one out and two runs in; one run was charged to LaMaster and the other to Reis. Sivess finished a walk to Galan, struck out Tony Lazzeri looking, and walked the next two batters, Gabby Hartnett and Epperly, which brought home two more runs. Sivess and the Phillies finally got out of the inning on a Stan Hack groundball. The Cubs had batted around and scored four runs on one hit and six walks as the Phillies used three pitchers in the inning.

The Phillies tacked a run onto the board in the second inning when Pinky Whitney scored on Bill Atwood’s fly ball to left field. The game remained 4-1 Chicago from the bottom of the second inning to the top of the fifth inning as both Epperly and Sivess settled in and retired their opponents in order, save the bottom of the fourth when Stan Hack knocked a triple to center field. The first-inning fireworks were a distant memory until the Cubs’ Ripper Collins smacked a 2-and-1 pitch into the right-field bleachers. The Cubs again got to Sivess in the sixth inning when he walked the first two batters, Hartnett and Epperly. Stan Hack scored Hartnett on a double to right field and Epperly scored on a wild pitch. The Cubs continued their attack in the seventh inning when Joe Marty opened the inning with a double to center and scored on Augie Galan’s home run.

Epperly continued to wire his way through the Phillies’ lineup with little issue. He stranded George Scharein on third base when he induced Philadelphia catcher Bill Atwood to ground out to end the inning. In the eighth inning, he was able to overcome two walks and Chuck Klein’s double by striking out Hersh Martin and getting George Scharein to pop up to shortstop with the bases loaded.

By the bottom of the eighth inning, the Cubs held a comfortable 9-1 lead over the Phillies. Phillies manager Jimmie Wilson replaced slugging outfielder Chuck Klein in a double switch before the inning began, inserting pitcher Hal Kelleher into Klein’s spot in the batting order and sent Art Rebel out to replace Klein in right field. Kelleher faced Billy Herman to open what became a disastrous inning. The Cubs sent 16 batters to the plate, scoring 12 runs on 10 hits, only two of which were for extra bases. The Cubs’ lead ballooned to 20 runs after the offensive bombardment.

Epperly gave up one more Phillies run in the top of the ninth inning but pitched a brilliant six-hit complete game and earned the win in the Cubs’ 21-2 drubbing. He started only three more games in his very brief career, sporting a 2-0 career record in 14 games. The Cubs compiled eight extra-base hits in the game; they hit three doubles, three triples, and two home runs and were 11-for-22 with runners in scoring position. The unlucky LaMaster, who left the game after throwing just three pitches, was charged with the defeat. “He left the game with two balls and one strike on the first batter and under scoring rules he issued the base on balls which put the first Cub run on base,” the Chicago Tribune noted.4 The loss dropped LaMaster to 0-3 for the season so far. His career was also brief; he went 19-27 over two seasons with the Phillies and Dodgers. The Phillies finished the year at 45-105, the first of five straight 100-loss seasons. The Cubs finished the year with an 89-63 record but were swept in the World Series by the New York Yankees.

In addition to the sources listed in the Notes, the author also consulted Baseball-Reference.com, Retrosheet.org, and The Sporting News.

2 All statistics obtained from baseball-reference.com.