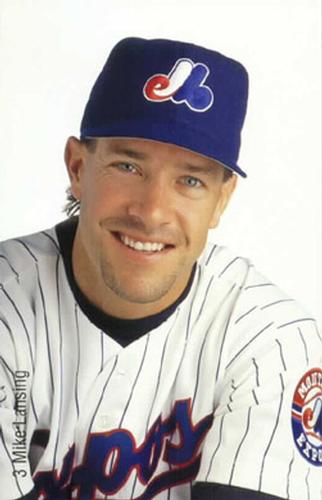 “If the wheels come off, it’s better they come off all at once” — Giants manager Dusty Baker.1

“A lot of balls were not hit very well, just grounders and balls in the gap. The balls managed to get through.” — Expos manager Felipe Alou.2

Scoring was the name of this game, as about 9,600 fans made their way into San Francisco’s Candlestick Park (then also known as 3Com Park) on May 7, 1997, for a Wednesday afternoon game. The best thing they could say once the carnage was over was that the Expos, after the biggest scoring inning in their history, restrained themselves from piling on to their 19-3 lead during the last three innings.

Osvaldo Fernandez started for San Francisco. The native of Cuba was in his second season with the Giants and brought a 3-2 record and 2.95 ERA into the contest. He held the Expos to one run through the first four innings as Rondell White led off the third with his eighth homer of the season.

The Giants jumped on Expos starter Jeff Juden for three runs in the first two innings. Juden did not help himself in the first as he hit Jeff Kent, gave up a bases-loaded walk to Glenallen Hill, and allowed a run-scoring single by J. T. Snow. It could have been worse, but Expos right fielder Vladimir Guerrero gunned down Kent as he tried to score from second on Snow’s hit. In the second inning, Marcus Jensen doubled, went to third on a sacrifice by Fernandez, and scored on a fly ball by Rich Aurilia. The Giants’ 3-1 lead lasted into the fifth inning. After that, things changed.

Mike Lansing and White singled for the Expos with one out in the fifth, but things looked good for the Giants when David Segui sent a groundball toward second baseman Kent. But Kent bobbled the potential double-play grounder and the bases were jammed with Expos. “I forced it and I got bit. I was trying to stick my hand in the snake pit and got bit,” said Kent after the game.3 Expos left fielder Henry Rodriguez hit a grand slam to left-center field on a 1-and-2 count–his eighth home run of the season–-giving the Expos a 5-3 lead. Guerrero followed with a double and was plated by a Doug Strange single that brought Giants manager Dusty Baker to the mound to replace Fernandez with Joe Roa. Roa temporarily stopped the bleeding, and kept the score at 6-3 by getting Chris Widger on a popup to short and Juden to ground out to third.

The Expos’ turn in the sixth inning resulted in Baker saying, “It was a crazy inning. No matter who we sent in (the Giants used three pitchers in the inning), it was like throwing gasoline on the fire.”4 It unfolded like this: With leadoff hitter MarkGrudzielanek on second base by virtue of a single and a balk, Mike Lansing homered to extend the lead to 8-3. A single by White and a double by Segui put runners on second and third and ended Roa’s work for the day.

Jim Poole came on and was clearly out of his depth, as he allowed four straight singles, which meant that each of the first eight batters in the inning had reached base safely. Juden, who had already struck out twice, was the ninth Expo to bat, and Poole chalked up strikeout number three. Juden, who had made the Expos’ last out in the fifth, made their first out in the sixth. Unfortunately for the Giants, not every Expos batter was named Jeff Juden.

The Expos resumed the slaughter after Juden whiffed. Grudzielanek’s second single of the inning scored Doug Strange with the seventh run of the inning and put runners on the corners. The single by Grudzielanek ended Poole’s day.5Julian Tavarez got the task of trying to stop the mess from getting worse. He failed. Lansing came up again and hit a three-run shot that put the Expos up 16-3, making him the 18th National League player and 31st major leaguer since the beginning of the 20th century to hit two home runs in one inning. He also doubled his home-run count for the season.

Tavarez, after inducing a groundball from White for the second out of the inning, then loaded the bases on a single, double, and hit batter. Strange, who had singled earlier in the frame, drove a base-clearing double to right field. That ended the scoring., as Chris Widger grounded out to first for the third out. Tavarez could only say, “I’ve never seen anything like that in baseball, even in Little League. Those guys hit every pitch, good or bad, they chased every pitch, high pitch, fastball away, slider away. Everything was a blooper, base hit, home run. There’s nothing you can do about that. It was amazing. I’ve never seen anything happen like that in my life. You have to see that to believe it–26 hits, 19 runs? I’m still thinking like, I’m dreaming right now.”6

Writer Neil Hayes, noting that “Giants fans stood and cheered as the home team ran off the field after the top of the sixth inning,” wrote that, “It may have been the most united, spontaneous, and appropriate display of sarcasm in baseball history.”7

The sixth-inning eruption lasted 30 minutes, saw 17 men bat, produced 13 runs on as many hits, and put the Expos ahead 19-3. Afterward, Lansing commented, “There were some cheap hits, and you kind of go, ‘Gee! When is it going to stop?’ It’s one of those fluke things that happens, and luckily we were on the offensive side.”8

Juden, having control problems, was relieved in the bottom of the sixth when the Giants loaded the bases with a pair of singles, and a walk. During his 5⅓-inning stint, Juden walked four and hit three batters. The Expos’ bullpen shut the door the rest of the way and Juden was credited with his third win of the season.

The Expos’ 12th win in 17 contests brought their season’s record to 17-14. They were in second place, 5½ games behind division-leading Atlanta. However, they would not continue their winning ways, finishing the season with a 78-84 record, fourth in the five-team National League Eastern Division. During their hot streak, the Expos twice victimized the Giants, beating them 10-3 on the day before the 19-3 win. Giants manager Dusty Baker, somewhat agitated, and also battling the flu, accused the Expos’ F.P. Santangelo of stealing signs from Giants catcher Marcus Jensen, a charge that the Expos vehemently denied.9Santangelo himself got two hits in the sixth after replacing Henry Rodriguez in left field for defensive purposes in the bottom of the fifth.

Lansing got the rest of the game off after walking in the seventh inning. The 1997 season was his last with the Expos; after career highs in home runs (20) and RBIs (70), he was dealt to Colorado.

After the game, Kent noted, “It was pretty much a disaster, but it’s something you have to deal with in baseball. It’s disappointing because we were in this game. It isn’t like they did it from the beginning.”10