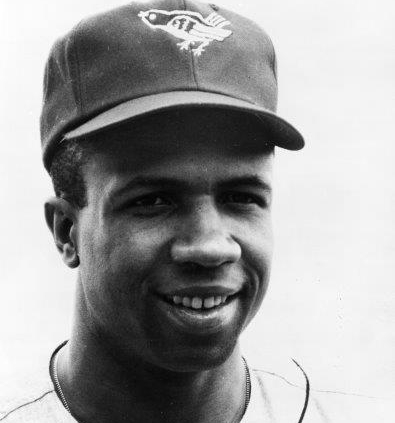 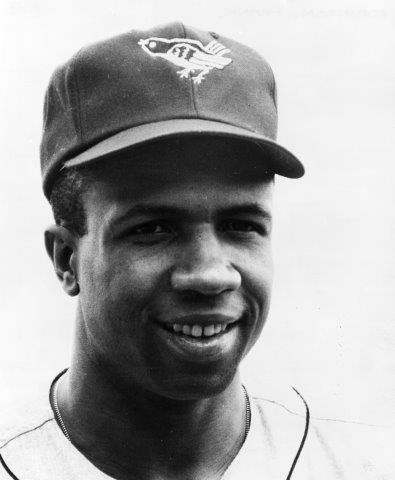 Pennant fever for Baltimore Oriole fans was unusually high as the 1966 season began because the newest Oriole, Frank Robinson, had excelled for the Cincinnati Reds the previous 10 seasons. His teammates admired his leadership qualities, hitting, and overall play during spring training, beginning on March 7, and many fans considered Robinson to be the same caliber player as Hank Aaron, Willie Mays, and Mickey Mantle.

The Orioles started fast out of the gate in 1966, in large part due to the hot bats of the “Robinson Boys” (Brooks and Frank). Hank Bauer’s second-place club entered a four-game series with the league-leading Cleveland Indians (14 wins, one loss) on May 6 at Memorial Stadium with a 12-3 record. The series shaped up as a classic battle between Cleveland’s stellar starting rotation of Sam McDowell, Sonny Siebert, Luis Tiant, John O’Donoghue, and Gary Bell versus the Orioles’ hitters and home-run sluggers.

After the teams split the first two games of the series, the Orioles needed to win both games of a doubleheader on Sunday, May 8, to tie the Indians for first place. A Mother’s Day crowd of 49,516 (37,658 paid) watched Baltimore win the first game, 8-2, behind Jim Palmer’s pitching and home runs by Boog Powell, Frank Robinson, and Curt Blefary.

The second game figured to be especially tough for the Orioles hitters because Indians starter Luis Tiant was coming off three straight shutouts for Cleveland to start the season. Orioles pitcher Wally Bunker retired the Indians quietly in the top of the first inning. Then Frank thrilled Oriole fans again with his slugging.1 He stepped to the plate with one out and Luis Aparicio on second base and walloped a low and inside fastball by Tiant down the left-field line toward the bleachers. Third-base umpire Cal Drummond signaled that it was fair as it soared over the fence and completely out of the ballpark beyond the back of the bleachers.

Unlike today, exit velocity was not a measurement we could make in 1966, but observers agreed that it got out of the ballpark in a hurry. Spectators on the first-base side had a clear view of Robinson’s home-run wallop, but some on the third-base side were left in momentary suspense about whether the homer left the ballpark because they did not have a clear sightline of the ball as it approached the back of the left-field bleachers. Baltimore baseball historian James Bready recalled, “We were sitting under the overhang on the third-base line and couldn’t see much of the flight of Frank’s homer.”2 Another fan, Dr. Michael Fine, recalled: “We were sitting on the third-base side, lower level down the left-field line. The ball took off like a rocket. We turned to watch it, but I think the upper deck overhang partly blocked our view. We had a transistor radio, so we pretty much knew right away [from the announcers] that it went out of the park.”3

Eddie Watt recalled that Orioles relief pitcher Dick Hall said to his teammates in the bullpen, “My goodness, that ball went completely out of the stadium.”4 Bob Maisel, sports editor of the Morning Sun, told the author: “When Frank hit his home run, we (Maisel and sportswriter Lou Hatter) followed the ball from the press box [behind home plate] as it went over the fence and then we looked at each other and said, ‘Where the hell did it go?’ And then we realized it had gone out of the stadium.”5

At the beginning of the second inning as the Orioles took the field, public-address announcer Bill Lefevre announced, “Frank Robinson’s home run was the first ball ever hit completely out of Memorial Stadium.” Robinson tipped his cap several times during a standing ovation that lasted almost a full minute. “I was a little embarrassed,” he said. Later he recalled that he had a lump in his throat. “It really hit the soft spot,” he said.6

As Mike Sparaco (age 15) and Bill Wheatley (14) crossed the parking lot beyond the left-field bleachers, they heard the crowd roar and then saw the fans from the top of the bleachers pointing out to them where the ball landed. Soon after, the boys found the ball beneath a parked car. A man offered them $50 for it, but Bill and Mike refused, saying “they didn’t think it was right to accept money for the ball.”7 Orioles officials at the site estimated that the ball landed 451 feet on the fly and then came to a rest 540 feet from home plate underneath the parked car. The club allowed the boys to watch the rest of the game from the mezzanine and in exchange for Robinson’s home-run ball gave them each a ball signed by the Orioles players and season passes for the remaining home games. They had their picture taken with Frank Robinson holding the ball. Sparaco delivered papers for the News American the next day and saw his picture on the front page over and over, again.

After Robinson’s out-of-the-ballpark home run, Blefary doubled Powell home, extending the Orioles’ lead over the Indians to 3-0. The Indians scored a run in the top of the second inning on Pedro Gonzalez’s sacrifice fly before the Orioles countered with run-scoring singles by Davey Johnson and Vic Roznovsky in the bottom of the third for a 5-1 lead. Indians catcher Duke Sims singled home Leon Wagner and Fred Whitfield in the top of the fourth, and after one more Cleveland batter, manager Bauer replaced starter Bunker with rookie left-hander Frank Bertaina. In the bottom of the seventh after Frank Robinson’s triple, Brooks Robinson drove him home with a double and then Powell homered with Brooks on base to give Baltimore an 8-3 lead that would be the game’s final score. Bertaina pitched the final 5⅓ innings for the win. The Orioles’ win in the second game of the doubleheader tied them with the Indians for first place with identical 15-4 records.

The Orioles Advocates held a brief pregame ceremony on May 19 at Memorial Stadium when they commemorated Robinson’s out-of-the-park home run.8 The Advocates hung a small flag (about three by five feet with black letters spelling the word “HERE” on an Oriole orange background) from a pole on the back wall of the left-field bleachers marking the spot where the May 8 home run left the ballpark. The Orioles kept several versions of the flag there for 25 years until Memorial Stadium’s last Orioles game in October 1991.

By the beginning of July, the Orioles’ 50-win and 25-loss start gave them a four-game lead over the Tigers and a 5½-game lead over the Indians. Except for some brief periods in August and September when team injuries mounted, Baltimore kept comfortable leads over the second- and third-place teams on the way to clinching the AL pennant on September 22.

Frank Robinson’s consistency in hitting led him to win the AL Triple Crown with 49 home runs, 122 runs batted in, and a .316 batting average. His overall confidence and team leadership gave his teammates a sense that they could win the AL pennant and it continued in their four-game sweep of the Los Angeles Dodgers in the 1966 World Series.

Orioles reliever Moe Drabowsky told John Eisenberg years later: “Sometimes you can point to one incident in a season as a big one. To me, when Frank hit that ball out of the stadium off Tiant, it galvanized the whole team. It was like, ‘We’re going to be tough to beat this year.’”9

During the Orioles’ last season at Memorial Stadium, 1991, I saw Red Sox rookie Mo Vaughn wallop a long home run over our heads in the right-field bleachers aimed at the same area as Robinson’s home run in the left-field bleachers in 1966. As the ball approached us, I thought, “I hope this ball doesn’t go out of the stadium, but I think it might.” Sure enough, Vaughn’s home-run ball (his first as a major leaguer), landed about three rows from the back of the bleachers, barely staying within Memorial Stadium. Robinson’s home run remained the only fair ball ever hit completely out of Memorial Stadium when the Orioles finished their playing days there in October 1991.10

10 Joe Castiglione with Douglas B. Lyons, Broadcast Rites and Sites: I Saw It on the Radio with the Boston Red Sox (Lanham, Maryland: Taylor Trade Publishing, 2004), 108. Joe Castiglione’s memory of Mo Vaughn’s home-run ball landing three rows from the back of the bleachers is the same as the author’s.