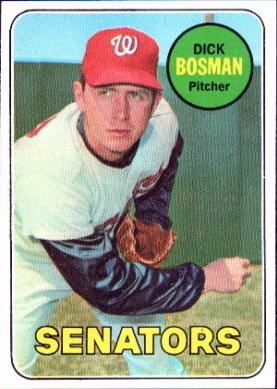 The Texas Rangers hosted the Chicago White Sox on October 1, 1972, three days before the end of the strike-shortened season.1 Last-place Texas had lost 15 consecutive games, dating back to September 13, and only three times in that span did the Rangers score more than three runs. They came into this game with a record of 52-99. Chicago was in second place in the American League West, 20 games above .500 with a record of 85-65, but they had been eliminated from the pennant race two days earlier.

On this Sunday afternoon, before an Arlington Stadium crowd of only 5,121, Chicago’s Wilbur Wood was looking for his 25th win of the season. Facing him was Dick Bosman, who had an ERA of 3.83 but a record of only 7-10. Bosman had not won a game for the Rangers since August. In his last start, on September 25, he had pitched well, allowing only two runs on five hits in eight innings, but Nolan Ryan and the California Angels bested Bosman and the Rangers 2-1.

The game against the White Sox started off well for Bosman. Three up and three down in the top of the first, including a strikeout of leadoff batter Lee Richard. In the Rangers’ first inning, leadoff batter Dave Nelson walked and stole second base. Toby Harrah lifted a fly ball to center for an out, and Nelson motored to third base after the catch. Ted Ford then singled to right field, and the Rangers had a quick 1-0 lead. Dick Billings lined to third baseman Hank Allen, who threw to first to double up Ford for the third out.

Bosman struck out the side (Tony Muser, Jay Johnstone, and Allen) in the second. Wood was equally effective. His defense made two errors in the second, but Wood retired the side with no hits or runs. In the top of the third, Rudy Hernandez singled to center with one out but was stranded there. An inning later, after Bosman struck out Jorge Orta, he allowed back-to-back singles by Pat Kelly and Muser. Then Johnstone flied out and Allen forced Muser at second to end the threat. Those two hits in the fourth were the last given up by Bosman in the game.

The Rangers got a hit by Vic Harris in the fifth inning, but he was forced at second when Bosman grounded to short. Bosman and Wood traded zeroes inning after inning. In the bottom of the sixth, Wood faced the top of the order. Nelson singled to right and again stole second base. Harrah walked. Rangers manager Ted Williams put on the sacrifice, and Ford bunted. Wood fielded the ball and threw to first, where Orta was covering. With one out, Texas had runners at second and third. Billings was intentionally walked to load the bases. Wood prevailed, though, striking out Larry Biittner and getting Tom Ragland to ground into a force out, short to second.

The only other play of note occurred in the top of the seventh inning. Johnstone was called out on strikes and argued the call. Home-plate umpire Bill Kunkel ejected the Chicago left fielder. He was replaced by Walt Williams.

The rest of the game consisted of the pitchers facing three batters each inning and giving up no walks or hits. In the top of the ninth, Orta reached on an error by Texas second baseman Harris, but he was caught stealing on the next play. Kelly struck out and Muser fouled out to third baseman Ragland to end the game, which was completed in 1 hour 58 minutes.

Both pitchers pitched well enough to earn the victory. Each had pitched a complete game and allowed only three hits, all singles. Wood had walked three and Bosman had issued one free pass. Wood got 12 groundball outs in the game, and Bosman struck out at least one White Sox batter in every inning except the sixth, for a total of 13.

The victory for Bosman was his only complete game and shutout of the season. The three hits he gave up were the fewest since he allowed one hit in six innings on June 6. Wood, with a record of 24-17, finished second in the 1972 American League’s Cy Young Award vote. (The winner was Cleveland’s Gaylord Perry.) In this loss, he failed for the seventh straight time in his quest for victory number 25.2 After the game, Chicago manager Chuck Tanner gave Wood the rest of the season off, meaning that he did not play in the White Sox’ final three games.

Nelson and Ford provided the offense for Texas, with a walk, stolen base, and single in the first inning. Two of the key Rangers players (Bosman and Ford) were linked after this season as well. On May 10, 1973, they were traded by the Rangers to the Cleveland Indians for pitcher Steve Dunning. The 1973 season was Ford’s last in the major leagues.

In defeating the White Sox, Texas had ended its 15-game losing streak (which would remain the franchise record through 2015). They beat the Kansas City Royals in their next game, on October 3, but they lost their final game of the season to the Royals, 4-0, to give them 100 losses for the season.

In 1972 the Washington Senators had left the nation’s capital to become the Texas Rangers. They brought their manager, Ted Williams, with them. Williams managed the Senators for three years (1969 to 1971), and after this one awful 1972 season in Texas, the Hall of Famer hung up his uniform.