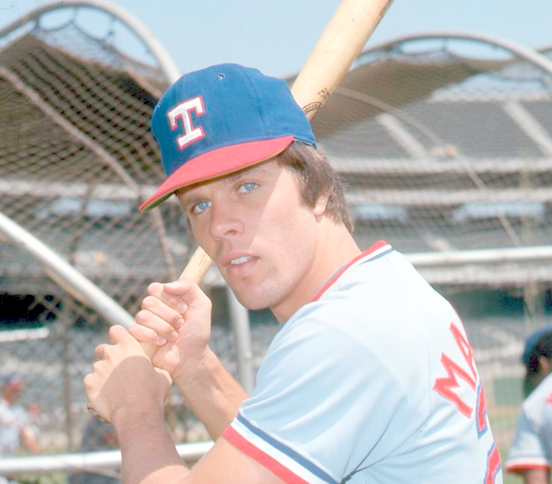 Pete Mackanin has spanned the Western Hemisphere as a player, coach, and manager from Canada to Venezuela. He may be best remembered as manager of the Philadelphia Phillies from 2015 to 2017, although Bob Fowler of the Minneapolis Star once referred to him as a “non-fiction Casey at the Bat” for a feat Mackanin performed early in his playing days.1

During the period when the Base Ball Writers Association of America provided official scorers for games, columnists and beat writers often did double duty, picking up extra dollars by making judgments on hits and errors while also covering the games for their newspaper. Eventually active writers were removed from scoring duties because of a conflict of interest between the roles. On October 1, 1974, Fowler experienced the conflict.

The Texas Rangers had clinched a second-place finish in the American League West Division as they came to Minnesota for a season-ending two-game series in 1974. Only personal milestones were on the line for Texas players. Jim Bibby was set to try for his 20th win in the series opener, but he was scratched because of illness and replaced by David Clyde.

Clyde didn’t last long. He gave up a two-run single to Twins third baseman Eric Soderholm in the first and was charged with three more runs in the third as Soderholm started a rally with a leadoff walk.

Soderholm’s name loomed large in the game, not because of what he did at the plate but because of what he didn’t do in the field. Toby Harrah, the second batter of the game, hit a two-hopper off Soderholm’s glove.  Shortstop Danny Thompson fielded the carom but had no play. To the surprise of some, perhaps many (although not too many as the attendance that day was 2,274 at Metropolitan Stadium), Fowler credited Harrah with a hit.

Harrah took his spot at shortstop in the bottom of the first, but Pete Mackanin replaced him in the second inning. Texas manager Billy Martin had started Harrah only to allow him to have played in every game of the season. (Martin did the same thing the next day in the season finale.)

Twins starter Dave Goltz retired Texas in order from the second inning through the seventh before walking Tom Grieve in the eighth. By this time the phone was ringing in the press box, calls from the Minnesota dugout asking if Fowler would change Harrah’s first-inning hit to an error. Minnesota coach Bob Rodgers told Fowler that Martin had called from the Texas dugout and said he would have no problem if Harrah’s hit were changed from a hit to an error on Soderholm.2

Rodgers asked Fowler if he could change his decision. “I can,” Fowler replied. “But I won’t.”

Others in the press box were having fun with Fowler’s predicament. They asked if Fowler would be interviewing Goltz after the game and, when told he would be, one said, “Looks like I’ll be writing a fight story.” 3

In the ninth Bill Fahey flied out and Mike Cubbage grounded out. Mackanin, playing in his first game of the season after being called up from the minors the week before, stepped in. He had played briefly for the Rangers the previous season and had a career batting average of .098. An unlikely savior, Mackanin swung and sent a drive off the fence in left-center. He legged it to third, and his triple brought great relief to Fowler. Tom Robson then grounded out to end the game, a 6-0 Twins win.

After the game, Goltz said, “If I’d have gone through without another hit, I was going to ask the official scorer to change it after the game. … Maybe a black eye might have changed it, but honestly I was glad I hung that slider to Mackanin in the last inning. Then we didn’t have to go through all of that after the game about the no-hitter.”

Said Soderholm, “I booted the ball, plain and simple, on Harrah in the first inning, and the manager [Frank Quilici] chewed me out for it when I came to the dugout. I wanted to call the official scorer in mid-game and ask him to change it to an error.  Finally, coach Bob Rodgers called the official scorer in the press box in the eighth inning before the only legitimate hit and the scorer said he wouldn’t change it.”4

Soderholm told another reporter, “The best you could say of the way I played that ball was that I played it into a hit. But realistically, I let the ball play me. I should have made the play all the way and didn’t. I should have gotten an error.”5

As for Harrah, he said, “It was an either-or play, but if it had been the only hit and they had asked me after the game, I’d have said — make it an error, Goltz deserved a no-hitter the way he pitched.”6

Five years later, the Twins acquired Mackanin in a trade. A few days later Fowler devoted his column to how Mackanin had saved his hide, writing, “He can produce in a pressure situation, he can hit in the clutch. … If you doubt that, I’ve got the sweat-stained scorecard to prove it.”7

Goltz, according to sportswriter Chan Keith, threw only 70 pitches in the game.8 The win evened his record at 10-10 for the season. Goltz pitched eight seasons with the Twins (1972-1979) and never had a losing record.

The original pitching matchups for the series were Jim Bibby vs. Dave Goltz and Ferguson Jenkins vs. Joe Decker. Clyde replaced Bibby, who was projected as the starter for the next day if he recovered from his illness. If not, reported the October 2 Minneapolis Tribune, Steve Hargan would start while Jenkins, with 321⅓ innings pitched that season, would “rest for the winter.”9 Instead, in the season finale Jenkins pitched against Jim Hughes, who started in place of Decker, who was scratched with a sore elbow. With nothing more on the line than a 25th victory for Jenkins, Martin let the pitcher hit for himself, eschewing the designated hitter. Hughes took a no-hitter into the sixth inning when, you guessed it, Jenkins led off with an infield single off, you guessed it, Soderholm’s glove. There was no controversy with the official scorer’s call on this one, Jenkins came around to score the first run of the game, and Texas beat the Twins 2-1. With two out in the bottom of the ninth, Harmon Killebrew pinch-hit in what many figured (correctly) would be his last time up with the Twins. Steve Foucault struck out Killebrew to end the game and the season.

It was déjà vu all over again for Goltz two years later. On September 25, 1976, Goltz gave up a hit to Dave Collins, the first batter of the game, who reached when Goltz was late in covering first base and dropped a throw from Rod Carew. Official scorer Patrick Reusse, who covered the game for the St. Paul Pioneer Press, received the same pressure Fowler had experienced as the hit lingered as the only one off Goltz into the ninth. With two out, it was Mario Guerrero who eliminated any controversy with a single to right-center field. Like Fowler, Reusse wrote about the situation years later and concluded his column with, “I love Mario Guerrero. Always have, always will.”10

I was at this game to do play-by-play announcing for a sports broadcasting course, but I was in in a different booth, away from the activity surrounding Fowler. My opinion — that of an armchair official scorer before becoming a real one later (and discovering there is a difference between the armchair and the hot seat) — was that Soderholm should have been charged with an error.