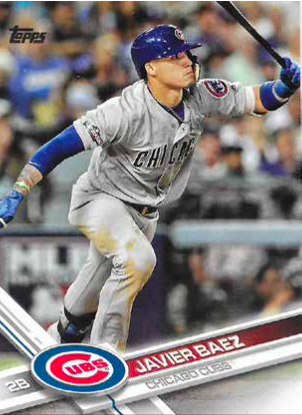 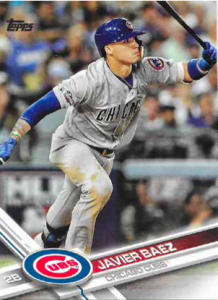 After the Cubs won 103 games in the regular season, with their young stars and gritty veterans matching manager Joe Maddon’s easygoing and playful vibe in the clubhouse, the only question was how the team would handle the shift to the postseason, when the stakes suddenly got so serious. Maddon had a heart-to-heart talk with his team before the National League Division Series, as the Cubs began their chase for the most elusive of championships.

“I said, ‘Something bad is going to happen, and we have to stay in the moment and maintain our composure,’” Maddon told the Chicago Tribune. “That was the exact message.”1

It didn’t take long for Maddon’s prediction to come true, and for his team to be tested. After beating the Giants in the series’ first two games at Wrigley Field, the Cubs were defeated and deflated in a 13-inning Game Three, 6-5. Game Four would follow in a matter of hours.

“Another loss would not only have created a do-or-cry situation at Wrigley Field in Game 5 on Thursday, it would have fed into the narrative of the misery industrial complex,” wrote Paul Sullivan in the Chicago Tribune. “After the Game 3 setback, the Cubs entered Game 4 on Tuesday ready to bury all those reminders of the past – the ghosts of 1984 and 2003 that continue to pop up every time they make it to October.”2

For most of Game Four, it looked as though the Cubs had yet to hit bottom. Matt Moore was on the mound for Giants manager Bruce Bochy. Acquired in August, Moore showed what he could contribute to a postseason chase by taking a no-hitter into the ninth inning against the Dodgers on August 25. Now he was just as dominant. He started out by striking out Dexter Fowler and Kris Bryant, and then, after walking Anthony Rizzo, getting a groundout from Ben Zobrist.

Taking the hill for the visitors was John Lackey, signed by the Cubs in the offseason to give them veteran composure in October. He stumbled out of the gate, giving up a leadoff double by Denard Span, who tagged up on two straight fly balls by Brandon Belt and Buster Posey to give the Giants a 1-0 lead.

David Ross, another veteran on the roster for leadership in the postseason, capitalized on what would be Moore’s only major mistake of the night, leading off the third inning by driving a pitch over the left-field fence to tie the game. But Moore helped his own cause in the bottom of the fourth inning, hitting a one-out single with the bases loaded to score Conor Gillaspie and give the Giants the lead again. Span followed by grounding out to Rizzo, allowing Joe Panik to score from third. After four innings, the Giants led 3-1.

In the fifth inning, the Giants’ infield gave the Cubs a rare opportunity, when shortstop Brandon Crawford’s throw on a grounder by Javier Baez skipped past first baseman Belt into the bullpen, and Baez raced to third. Up next was Ross, who struck again for Chicago, launching a ball into shallow right field, where Pence made a diving catch but had no chance to catch a tagging Baez, and the score was 3-2.

With Justin Grimm taking over for the Cubs in the sixth, Pence singled up the middle and Crawford sent one soaring to Triples Alley in right. The ball bounced off the top of the wall, inches from leaving the ballpark, leaving Crawford on second and Pence on third. Maddon brought in Travis Wood to stop the bleeding, but he gave up one of Gillaspie’s four singles in the game, this one scoring Pence, followed by a sacrifice fly by Panik to extend the lead to 5-2.

“While the Cubs looked like they were tired after their late-night loss in Game 3, the Giants appeared rejuvenated by the home crowd,” wrote the Chicago Tribune.3

Neither team had another hit through the eighth inning. Moore’s masterpiece included 10 strikeouts and just two hits, two walks, and one unearned run. But his pitch count stood at 120 after eight innings, and Bochy had to call on his bullpen.

“Starter Matt Moore was masterful and the hitters had severely outplayed their counterparts up until that point,” wrote the San Francisco Examiner. “Yet, nothing matters if you can get those last three outs.”4

That had proved a tall order for the Giants during the season. Their bullpen had blown a league-leading and franchise-record 32 eighth-inning leads,5 and that was a big reason the Giants surrendered their division lead to the Dodgers and had to play their way into this series via a wild-card game.

Bryant led off the Cubs ninth against Derek Law and slapped a single to left. Taking no chances, Bochy brought in Javier Lopez, but Lopez walked Rizzo. With the tying run coming to bat, Bochy called for Sergio Romo, his closer from the 2012 title team who had recently reclaimed the role.

Zobrist worked a 3-and-1 count against Romo and rammed the next pitch into the right-field corner. Bryant scored, Rizzo reached third, and Zobrist had a double.

The lead was down to two, and the Giants had yet to record an out. The San Francisco crowd grew quiet, unaccustomed to postseason pain under Bochy; in a strange stretch over the last six seasons, the Giants alternated three championships with three idle Octobers.

Maddon sent pinch-hitter Chris Coghlan to the plate, prompting Bochy to call for a lefty from the bullpen, Will Smith. Maddon countered with the right-handed bat of Willson Contreras. Less than four months removed from his major-league debut, the fearless youngster already had three hits in the postseason, and now faced the opportunity to change the course of the series.

Contreras seized his chance. He chopped a ball past the mound, beyond the swatting hand of Smith and the lunging Panik. Rizzo scored, Zobrist followed, and the game was tied.

The next batter, Jason Heyward, laid down a bunt, but the ball shot directly back to the mound, giving Smith time to turn and throw to second to retire Contreras and Crawford a chance to relay to first. Crawford’s throw, though, was wide of Belt, and Heyward went to second. Against the Giants’ fifth reliever of the inning, Hunter Strickland, Baez laced an 0-and-2 pitch into center field, scoring Heyward without a throw.

“These young players for the Cubs are fearless, and don’t give up any inch to their competitors,” said analyst John Smoltzon the Fox Sports One telecast as Baez slammed his hands together in celebration at first base.

Taking an unexpected lead into the bottom of the ninth, the Cubs turned to flamethrowing closer Aroldis Chapman. Touching triple digits repeatedly, Chapman struck out the side.

“We grind,” explained pitcher Jon Lester after the game. “We have some flashy guys, some guys who are MVPs and Cy Youngs and stuff like that. But when it comes down to it, we’re kind of like the 9-to-5 Chicago person that goes to work every day and grinds it out. That’s what we do. And it showed tonight.”7

“The biggest thing is it demonstrates that even if you get behind,” said Maddon, “if you play nine innings hard the entire way anything can happen.”8

“With the way the ball bounced that last inning, I hate to use the word ‘destiny,’ but they’ve had a great year,” Bochy said of the Cubs. “That’s quite a comeback they mounted.”9

“Just when you concluded the Cubs were done, they reminded everyone how they won 103 regular-season games,” wrote David Haugh in the Chicago Tribune. “Just when you thought their bats had died, they came back to life. Just when Chicago doubted the Cubs the most, they gave everyone reason to believe again. Just when you started to wonder if this really was the year, the Cubs left the impression the 108-year-wait might be ending soon.10

In addition to the sources cited in the Notes, the author consulted Retrosheet.org and Baseball-Reference.com.

6 This fact was displayed on a graphic on the Fox Sports One telecast at the beginning of the ninth inning. Thirty years later, the October 11, 2016, Game Four of the NLCS produced an equally unlikely comeback.