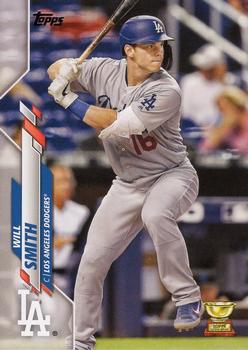 Over the first four games of the 2020 National League Championship Series, the Dodger 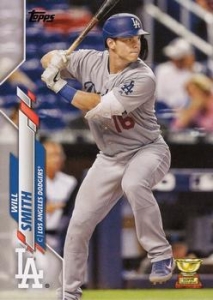 s had scored 25 runs and the Braves had scored 26. Without further information, a fan might think the series would be tied at two games apiece. It was not: The Braves led, 3-1. The overall scoring was close because the Dodgers’ lone victory was a 15-3 drubbing of the Braves in Game Three. Since this was a best-of-seven series, one more Braves win would send them to the World Series.

Atlanta was designated as the home team for this game. Unlike the usual NLCS scheduling and location arrangement,1 this series was being played in a neutral location to minimize travel risk under the COVID-19 protocols. What was different from the regular season in 2020 was that a limited number of fans were allowed in the stands. Under the COVID-19 protocols, 11,119 live fans were permitted (plus dozens of “flat fans”2) – still allowing precautionary “social distancing” in a ballpark with a seating capacity of 40,300. The roof was open on a cool 63-degree evening. The Dodgers had earned “home field” advantage for the series, so Atlanta was the home team for Game Five.

Hoping to pitch his team into the World Series, Atlanta’s A.J. Minter (postseason 1-0, 3.86 ERA)3 was making his first major-league start.4 According to the TV broadcasters, Joe Buck and John Smoltz, Minter was the first pitcher in major-league history to make his first start in the postseason. He started out well: Mookie Betts popped up on the first pitch and Corey Seager struck out. Justin Turner hit a stand-up double that thumped against the left-field wall. That brought Max Muncy to the plate to the sounds of a live crowd.5 He struck out.

Facing elimination, the Dodgers sent Dustin May6 to the mound. His first inning was much rougher than Minter’s. Freddie Freeman hit a one-out double down the first-base line with the ball bouncing off the angled wall. Freeman took third on a passed ball. Marcell Ozuna walked. Freeman scored on Travis d’Arnaud’s sacrifice fly to put Atlanta on the board first. May struck out Ozzie Albies to avoid any further damage.

Minter needed only 10 pitches for the top of the second: A groundout and two strikeouts, and he was back in the dugout.

Atlanta played small-ball in the bottom of the second to score again. Dansby Swanson walked, took third on Nick Markakis’s single, and scored on Cristian Pache’s base hit. Dodgers pitching coach Mark Prior paid a mound visit. Perhaps it helped: Ronald Acuña Jr. flied out (after a time-out to evade a Texas-sized wasp), and Freeman struck out.

After striking out the side in the top of the third, Minter practically skipped off the mound. His exuberance was well-earned: In the first three-inning performance of his career, he’d allowed one hit and no runs and struck out seven.7

Joe Kelly took over the pitching for the Dodgers in the bottom of the third and allowed full-count singles to Ozuna and d’Arnaud. They advanced on Albies’ groundout to first.

Swanson hit a low popup to shallow right. Betts made an amazing catch at his ankles and threw to the plate. Ozuna beat the throw for an apparent run, but the Dodgers challenged whether he had left third early. On review, it was determined that he had left early – and the inning was over with the score still 2-0, Atlanta.

It is hard to blame Ozuna: One of the camera angles showed the number of people between him and Betts (d’Arnaud, the second baseman, the third baseman, and the second-base umpire) so it’s understandable that he missed the moment of the catch. Atlanta still had the lead, but the momentum had shifted.

The Dodgers cut the lead in half in the top of the fourth on a Seager leadoff home run off reliever Tyler Matzek. It just snuck over the wall in center, 407 feet from home plate.

Blake Treinen, who had taken the loss in the first game of the series, worked a one-two-three bottom of the fourth, the first clean inning for Dodgers pitching.

After Matzek struck out Cody Bellinger to open the fifth inning, Shane Greene took over, pitching for a third night in a row. All he allowed was a single to A.J. Pollock.

Trienen worked another clean inning in the bottom of the fifth on just five pitches.

Greene’s second inning of work was not as effective as his first. Betts got an infield hit to lead off, then stole second. Atlanta checked the film, but Betts’ hook slide allowed him to hold the base so they did not challenge. Turner grounded into a 4-5-6-1 fielder’s choice, but made it to second while the Braves were trying to tag Betts between second and third.

With one on and two out, Atlanta changed pitchers again, bringing in Will Smith to face Muncy. Muncy looked at six pitches and didn’t swing at any of them, earning a walk.

That brought up Will Smith (the Dodgers catcher) to face Will Smith (the Braves pitcher). Smith didn’t swing at the first five pitches but the sixth one landed among the paying customers, in the first row beyond the tarp covering the first few rows of seats.8 The Dodgers took a 4-2 lead, the first time in the series that they’d come from behind. Bellinger popped up to end the inning.

According to the broadcasters, this was first time in postseason history that two players with the same name had faced each other. These two were the only Will Smiths in the history of major-league baseball.9 Although Smith is the most common surname in the United States (1.006 percent of the population), Will (vs. William, Willie, Bill, Billy, etc.) as a first name is not that common (0.018 percent).10

Pedro Báez, the Dodgers’ fourth pitcher, worked a clean bottom of the sixth, including two strikeouts.

Jacob Webb, the Braves’ fifth pitcher of the game, opened the top of the seventh with two strikeouts. In the next at-bat, Webb’s pitch hit Chris Taylor’s bat knob and was initially ruled “hit by pitch.” The Braves challenged. Taylor, standing on first, watched the replay on the video board – once, then looked away. He was not surprised to be sent back to the plate – where he proceeded to double off the left-field wall. He slid safely across the plate on Betts’ single.

Seager followed with his second home run of the game,11 this one into the Dodgers’ bullpen. These three runs were the first runs scored against Webb in 2020 (regular and postseason12). The score was 7-2, Dodgers, and smiles were beginning to break out in their dugout.

Báez allowed a single to Austin Riley to start the bottom of the seventh, the first Atlanta hit since the Betts play in the third. Báez was replaced by Víctor González, who walked pinch-hitter Johan Camargo but got a double play and a fly out to hold the score.

Josh Tomlin, the Braves’ sixth pitcher, got Muncy to fly out in the eighth with some serious help from center fielder Pache. Pache reached the wall, jumped, got his glove over the wall, and slid down the wall with his glove closed. Sitting on the ground, with all eyes on him, he opened his glove to show that he had indeed caught the ball. The subsequent fly out and strikeout to end the inning were less dramatic.

González allowed a leadoff double to Freeman in the Braves’ eighth, then was replaced by Brusdar Graterol. Left fielder Taylor rolled his ankle on the play, and left the game.13 Freeman took third on Ozuna’s fly ball and scored on d’Arnaud’s groundout. Albies struck out with the score 7-3 Dodgers, which was the final score.

Tomlin pitched the top of the ninth, allowing only a single that was erased on a double play.

Kenley Jansen, the Dodgers’ usual closer, struck out the side in the ninth to stave off elimination. The Dodgers won the next two games as well and won the World Series in six games over the Tampa Bay Rays.

Looking back, Los Angeles’ turnaround from the edge of elimination in the NCLS to world champions started in the middle innings of this game, either the Betts catch in the third or … Will Smith’s homer off Will Smith in the sixth.

In addition to Retrosheet and Baseball Reference, the author viewed the TV broadcast of the game at MLB.com.

1 The usual arrangement was two games in the location of the team with home-field advantage, then three at the other team’s location, then back to the first location if needed. Usually there would be a one-day break between the locations to allow for travel. That also allowed the teams to reset their rotation. With all games being played in Globe Life Stadium, there were no interim offdays. This precluded the usual postseason pitching strategy that allowed teams to make it through the postseason using just their four best starting pitchers.

2 During the 2020 season, most major-league teams created laminated plastic “fans” to occupy the otherwise-empty stadium seats. Fans provided photos of themselves, their relatives, or their pets. The cost was often donated to each team’s charitable arm. Some teams (i.e., Washington Nationals) installed photos of the players’ families near the home dugout. See, e.g., Bill Shaikin, “Dodgers Sell Seats Outfitted with Cutouts of Fans’ Faces,” latimes.com, July 14, 2020.

5 Muncy was not a fan of the fake crowd noise used in the regular season to simulate fans in the empty ballparks. He requested that the noise be turned off for his at-bats. Umps Care fundraiser phone call with 2020 World Series umpire crew January 3, 2021.

7 His typical relief appearances were for one or 1⅓ innings. He hadn’t even pitched two full innings in any games since he debuted in 2017.

8 A tarp sponsored by Camping World covered the first few rows of seats to help compliance with the COVID-19 protocols. If the ball had actually hit the tarp, someone would have won an RV.

12 He had pitched 10 innings in the regular season and two in the postseason.

13 He was back in the lineup two days later.