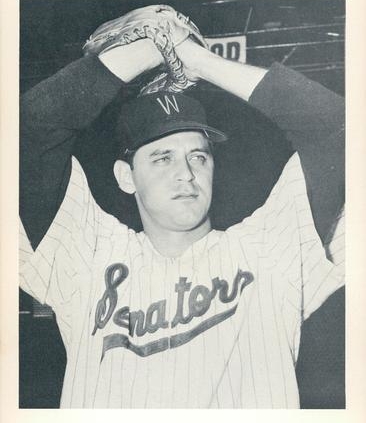 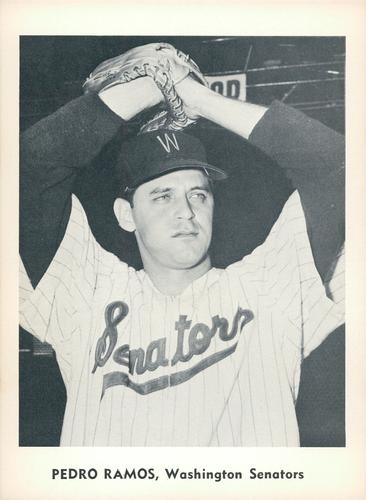 When the Washington Senators suited up for the final game of the season on October 2, 1960, they didn’t know it would be the last one for the storied franchise in the nation’s capital. In what appeared to be a hasty action by the American League only a few weeks after the season ended, Senators owner Calvin Griffith received support to relocate his team to the Minneapolis-St. Paul area, where they would become the Twins. In place of the fleeing Senators, a “new” Senators team would literally arise from nowhere to continue the baseball tradition in Washington.

The Senators were one of the original franchises of the American League, dating back to 1901. Their legacy was mostly one of futility, as they won the pennant only three times and the World Series once (in 1924) during their 60-year history. They had posted only four winning seasons since 1934. They won their last pennant in 1933.

The 1960 season was indicative of a more promising future for the Senators: They won over 70 games for the first time since 1953. Going into the final game of the season, they were in fifth place, 23 games behind the league-leading New York Yankees. The Senators had held fourth place as late as September 23, but dropped to fifth when they lost nine of their last 10 games of the month. They suffered a meltdown during September, winning only nine of 25 games. The day after the season ended, the Washington Post wrote, “The Nats must have been playing in quicksand for the last three weeks because they kept sinking and sinking.”1 Despite the disastrous end of the season, the team had reason to be optimistic about the next season.

The Senators’ opponent on the last day of the season was the Baltimore Orioles, with a vastly improved team compared with recent years. With a second-place finish in the American League, Baltimore became a first-division team for the first time since 1945. (The Orioles franchise had been relocated from St. Louis seven years earlier.)

In front of a crowd of 4,768, a pitchers’ duel ensued between the Orioles’ Milt Pappas and the Senators’ Ramos.

Pappas, 21, had won 14 games coming into the game. After the right-hander made his major-league debut as an 18-year-old in 1957, he had quickly established himself as a regular starter, winning 15 games in 1959. In his last start, on September 25, he had defeated the Senators. Cuban native Ramos was among the American League leaders in games started (35), and had an 11-17 record coming into the game.

The Orioles took advantage of a Senators error in the top of the first inning: Gene Stephens reached first with one out on second baseman Billy Consolo’s misplay. After Gene Woodling walked, Jim Gentile hit a grounder to first base that forced Woodling at second. With runners on first and third, Brooks Robinson doubled Stephens home.

The hard-throwing Ramos proceeded to retire the next 18 Orioles batters until Gus Triandos singled in the top of the seventh.

Pappas was having practically the same success as Ramos, except for a triple by Consolo in the bottom of the fifth that scored Hal Naragon, who had singled.

The score remained tied until Baltimore’s Jackie Brandt hit a solo homer off Ramos into the left-field bullpen in the top of the eighth inning. Stephens then walked, Woodling singled, and Gentile walked to load the bases. But Ramos ended the inning on a fielder’s choice grounder by Robinson.

After Gentile’s walk, Ramos retired the final four batters in the game, while Pappas retired the last nine batters he faced. The 2-1 victory was the Orioles’ 89th win of the season.

Pappas and Ramos gave up a total of 10 hits in going the distance for their teams. Ramos wound up leading the American League in losses (18) for the third straight year. (He repeated this dubious distinction in 1961.)

The Senators’ loss in the final game of the season continued a trend that went back to 1953. Baltimore won five of its last six games to edge the Chicago White Sox for second place.

Baltimore shortstop Ron Hansen, the American League Rookie of the Year in 1960, turned in a hitless performance in four at-bats. Perhaps he was forgiven by Orioles manager Paul Richards, since he was to be married that night after the game.2

An interesting development in the game involved Lavagetto watching in the stands with owner Calvin Griffith, while coach Sam Mele managed the team in his place.3 Was Griffith taking the opportunity to give Lavagetto a sneak preview of his future plans for the franchise?

In any case, Griffith denied rumors that he intended to move the franchise out of Washington. As part of the American League’s look at expanding to 10 teams, the word on the street was that Griffith would move his club to Minneapolis to allow Hank Greenberg to bring a new franchise to Washington. However, Griffith was emphatic in his denial, “That’s a lot of baloney and sounds like somebody’s pipe dream,” he said. “It is news to me that the American League will discuss transferring the Washington club elsewhere.” He also denied that he was interested in moving his club to Los Angeles.4

But a few days later, on October 26, the American League indeed announced its plans for expansion to 10 teams in 1961. The American League owners voted to let Griffith relocate his franchise to Minneapolis-St. Paul and approved a new expansion franchise for Washington. They also approved a 10th franchise in Los Angeles.5 With only six months until Opening Day in 1961, the actions in late October by the American League seemed a bit impulsive, considering that the two new franchises would need to be organized from scratch. In contrast, the National League had previously announced plans for new franchises in Houston and New York, but they wouldn’t begin playing until the 1962 season.6

Without knowing it, the Senators had played their last game at Griffith Stadium, providing no opportunity for a formal goodbye to their fans. Washington fans wouldn’t get to fully enjoy the fruits of the team’s young roster on the verge of a breakout season. They wouldn’t get to enjoy Killebrew’s Hall of Fame career or see Battey develop into an All-Star catcher. Instead, Minnesota fans became the beneficiary of a vibrant, competitive team that was relevant within two seasons and earned a World Series berth in 1965.

In 1961 Griffith Stadium became the home to a completely new team with a cast of aging veterans and little-known younger players drafted from the other franchises. Washington’s on-field futility continued until the franchise moved again 11 years later to become the Texas Rangers in Dallas-Fort Worth.

6 While it had been rumored that Hank Greenberg would be instrumental in starting the new franchise in Washington, in fact he became president of the new Los Angeles Angels club, the Angels.