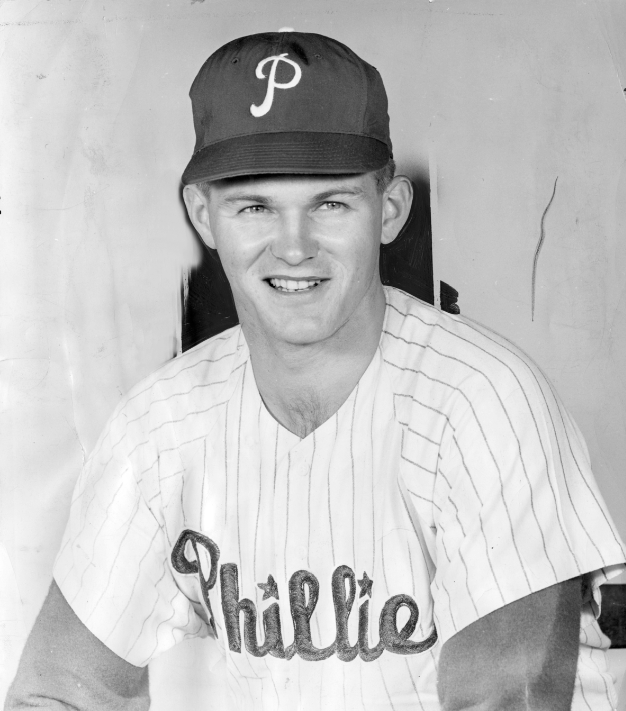 The 1964 National League pennant race might not have been the greatest one in league history, but it certainly ranked among the most exciting finishes. The Philadelphia Phillies had taken over first place from the San Francisco Giants on July 17 after a month of trading spots with them atop the NL standings. Philadelphia then slowly built its lead over the next two months.

When the Phillies (90-70) entered Crosley Field on Friday night, October 2, for the final weekend of the season, they were two games behind the second-place Reds (92-68), who were a half-game behind the first-place Cardinals (92-67). Even San Francisco still had a chance. The Giants were in fourth place with a record of 89-70 but just three games behind the Cardinals.

If the Giants could sweep the Chicago Cubs in a three-game series in Candlestick Park; if the Phillies could rebound to win their final two games in Crosley Field; and if somehow the young New York Mets could find a way to win three games in St. Louis, there would be an unprecedented four-way tie for the NL pennant.

Left-hander Chris Short (17-9, 2.23) started on the mound for manager Gene Mauch and the Phillies. It would be the southpaw’s fourth start in the last 11 days, including a 9-2 loss to Cincinnati on September 22, which came at the hands of tonight’s starter, Jim O’Toole (17-7, 2.62). By contrast, O’Toole had pitched only once since that matchup in Philadelphia, a 4-1 complete-game victory in New York on September 27.

Umpire Paul Pryor would be calling balls and strikes in front of the 25,221 fans who chose baseball over Friday-night high-school football in southwest Ohio, the largest crowd at Crosley Field since the Giants attracted 26,733 on Sunday, August 9. O’Toole started quickly, retiring two hitters before allowing a walk and a single, then working out of trouble. Sophomore second baseman Pete Rose drew a leadoff walk in the home half. Playing small ball, Rose advanced to third base on a sacrifice and a groundout, and scored on a double by Frank Robinson.

Things were quiet until the bottom of the fourth inning. Vada Pinson walked and Robinson singled to left field. With Deron Johnson at the plate, Reds skipper Dick Sisler looked to get a quick score, calling for a hit-and-run. Johnson lined a shot into deep left field. Alex Johnson, not known for his defense, raced across and up the terrace to make a spectacular catch. Turning, the left fielder relayed to shortstop Bobby Wine, but the runners had no chance to get back to their bases. Second baseman Tony Taylor took the throw to retire Pinson, then completed the triple play with a toss to first baseman Vic Power. It was the fifth triple play of the National League season and the third turned by the Phillies. (The others came on May 17 in Houston and August 15 in New York.) It was also the second one hit into by Cincinnati, after one in Milwaukee on June 4. By coincidence, the last triple play turned against the Reds in Crosley Field was also by Philadelphia, also in the fourth inning, and concluded with Sisler making the final putout (Putsy Caballero–Granny Hamner-Sisler, 5-4-3) on July 23, 1948.

But the Phillies were mired in a 10-game losing streak and nothing seemed capable of reviving them. O’Toole continued his mastery of their hitters with two more shutout innings. In the bottom of the sixth, the Phillies defense pulled another triple of sorts, committing three errors in the inning. The miscues — by second baseman Tony Taylor, third baseman Dick Allen and shortstop Bobby Wine, respectively — led to two unearned runs, one by scored by Chico Ruiz and the other by Pinson, giving the Reds a 3-0 lead.

In the Reds’ half of the second, Leo Cardenas stepped up to hit and Short threw his final pitch of the season, hitting Cardenas squarely in the back. Convinced that Short had intentionally thrown at him, Cardenas began to charge the mound with his bat in his hand. Catcher Clay Dalrymple interceded as players from both teams came running. Order was maintained, but Robinson later said, “The Phillies were dead. They were dead and that brought them to life.”1

Mauch pulled Short with one out and sent in Ed Roebuck to face Jimmie Coker. One pitch later, the Phillies were out of the inning with a 6-4-3 double play. O’Toole quickly retired Wine on a fly ball to right to start the eighth inning. Mauch sent Frank Thomas up to pinch-hit for Roebuck. O’Toole jammed Thomas, who lifted a popup close to second base.

Things were never the same for the Reds again that season. Most observers believed that Cardenas should easily have caught the ball, but some noted that Rose also was charging toward it. Cardenas was thought by many to still be sulking over the beaning in the previous half-inning. Some thought he heard Pete’s footsteps. In any event, the ball fell safely.2 The Reds thought that Cardenas should have caught the ball, but he was still upset over his confrontation with Short.3

O’Toole just as quickly lost his composure, walking Cookie Rojas and giving up an RBI single to Taylor that broke up the shutout. Rookie left-hander Bill McCool relieved O’Toole and struck out Johnny Callison for the second out. Allen was now up. The Pennsylvania native would win the Rookie of the Year Award for 1964 and would be facing arguably the leading first-year pitcher.

Allen, a pull hitter, went the opposite way for a two-run triple down the right-field line that tied the score. Johnson, he of the super catch in the fourth inning, then singled to center field, putting Philadelphia ahead and chasing McCool from the mound. Sammy Ellis relieved to pitch out of the inning, but Jack Baldschun quickly retired six Reds hitters for his 21st save of the season, ending the Phillies’ 10-game losing streak and keeping their slim pennant hopes alive.

That evening, the New York Mets defeated St. Louis 1-0 on a five-hit shutout by Al Jackson. Meanwhile, San Francisco whipped the Cubs 9-0 behind Bobby Bolin to keep the possibility of a four-way tie for the pennant still alive with two days left on the schedule.

Besides the sources mentioned in the Notes, the following were consulted: