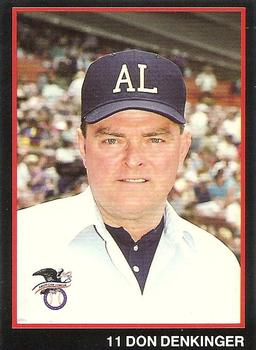 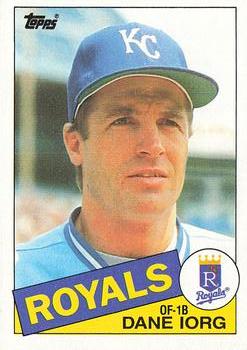 Game Six of the 1985 World Series was played in Kansas City under a full moon, a fact that may have led people of a superstitious nature to believe it was an explanation for the events of the ninth inning. However, if a full moon were an adequate explanation, then the Royals would have to have played most of the past month under one. After all, they had won three of four from the California Angels in their next-to-last regular-season series to claim the AL West Division championship by one game over the Halos, and then they had come back from a three-games-to-one deficit against the Toronto Blue Jays in the AL Championship Series to make it to the World Series against the Cardinals. A more appropriate myth was that the Royals, perhaps channeling the former Kansas City Katz amateur team, appeared to have nine lives and it turned out that they still had at least one left.1

The Royals once again faced a three-to-one deficit against the Cardinals, but Danny Jackson’s masterful effort in Game Five, a 6-1 triumph, had brought the World Series back to Kansas City. The home team pinned its pitching hopes on Charlie Leibrandt, who had thrown eight shutout innings in Game Two before unraveling and surrendering all of the Cardinals’ runs in the ninth inning of a 4-2 loss. He would once again be opposed by Danny Cox, who had allowed two runs in seven innings and received a no-decision in Game Two. As Game Six progressed, it was clear that each hurler was determined to outdo his previous performance, and neither team scored until the eighth inning.

Although scoring opportunities were minimal, the Royals mounted an immediate threat in their half of the first inning. Lonnie Smith led off with a double and advanced to third on Willie Wilson’s groundout to Cardinals second baseman Tom Herr. Cox bore down to quell the uprising, striking out George Brett and inducing Frank White’s grounder to shortstop Ozzie Smith. After that Cox allowed only two Royals to reach second base in his seven innings; on both occasions, there were already two outs and the third out was made easily.

As for Leibrandt, he had pitched five perfect innings before Cesar Cedeño and Darrell Porter led off the sixth with back-to-back singles. The Cardinals’ first scoring opportunity quickly vanished when Cox popped out to Brett at third base on a bunt attempt and Smith grounded into a double play. 2 Leibrandt retired the side in order for the sixth time in the top of the seventh inning.

In the bottom of the seventh, Cox struck out Leibrandt for the final out with Steve Balboni on second and Buddy Biancalana on first. Allowing Leibrandt to bat in such a situation seemed to be a questionable decision to some observers. Kansas City manager Dick Howser explained his rationale, saying, “If we’d had a guy on third with less than two out, I’d have hit for Leibrandt. But I wasn’t going to take out a guy who was pitching a two-hit shutout for anything other than that kind of a situation.”3

After such a vote of managerial confidence, Leibrandt ran into difficulty in the top of the eighth. Tito Landrum flied out, but Terry Pendleton rapped a base hit and Cedeño drew a walk. Still, when Porter struck out and Cox was due to bat, it appeared that the Royals hurler might escape unscathed. However, St. Louis manager Whitey Herzog was not going to follow Howser’s lead and allow Cox to bat for himself, shutout or no shutout. Nonetheless, his choice of Brian Harper as Cox’s pinch-hitter seemed almost as puzzling as Howser’s decision, since Harper had not registered a hit (or reached base) in 13 at-bats as a pinch-hitter since September 3.4

Perhaps the full moon was in full force against the Royals when Harper hit a broken-bat blooper to center field that drove in Pendleton with the first run of the game. Andy Van Slyke ran for the hobbled Cedeño, and Leibrandt walked Smith unintentionally to load the bases. At this point, Howser sent Dan Quisenberry to the hill in relief, and Quiz induced a grounder from Willie McGee to quell the uprising.

When the Royals failed to score against Ken Dayley in the eighth and Quisenberry kept the game at 1-0 in the top of the ninth, Kansas City appeared to be down to its final three outs of 1985. Howser and Herzog engaged in a managerial chess match in the bottom of the inning. First, Howser sent right-handed Darryl Motley to pinch-hit for Pat Sheridan against the lefty Dayley. Herzog countered by lifting Dayley and sending righty Todd Worrell to the mound. Next, Howser reciprocated by calling Motley back to the dugout and sending left-handed Jorge Orta to the plate. Herzog likely took comfort in the fact that his team had a 91-0 record (including the postseason) in games in 1985 in which they had a ninth-inning lead. Additionally, Worrell had tied a World Series record in Game Five by striking out all six batters he had faced.5

Orta hit a chopper that first baseman Jack Clark fielded and tossed to Worrell, who ran to cover the base. Umpire Don Denkinger called Orta safe, though television replays clearly showed that he had been out. Worrell said, “He stepped on the back of my foot, Orta did. The first thing Orta hit was my heel, not the bag. And I had the ball by then.”6 All the Cardinals’ arguing was not going to change the call, though. When Herzog was asked later if the use of instant replay should be considered for close calls, he first responded, “They better use something,” but then added, “No, they can’t use instant replay on plays like that. It would take four hours to decide.”7

It did not take four hours for the Cardinals to fall apart in the wake of the missed call. Balboni lofted a foul popup near the first-base dugout upon which Clark and Porter (the catcher) converged. As he ran, Clark first eyed Porter and then the TV camera near the dugout, by which time the ball dropped behind him. Clark admitted afterward, “It was a real catchable ball and it was misplayed.”8 Given new life, Balboni lined a single to left field, after which Onix Concepcion entered the game as his pinch-runner. Jim Sundberg then tried to lay down a sacrifice bunt, but Worrell reacted quickly and forced Orta out at third.

Hal McRae batted in place of the light-hitting Biancalana, and Porter allowed Worrell’s second pitch of the at-bat to get by him for a passed ball that allowed both Concepcion and Sundberg to advance one base. Herzog then ordered an intentional walk to McRae to set up a double play. John Wathan ran for McRae, and Dane Iorg walked to the plate to bat for Quisenberry. Ironically, Iorg had been a World Series hero for the Cardinals in their 1982 triumph over the Milwaukee Brewers, having batted .529 as the designated hitter in that series.

This time, Iorg lined a 1-and-0 pitch from Worrell into right field to drive in Concepcion and Sundberg for a 2-1 Kansas City victory. Iorg, who may have been the most exultant of all the Royals, said, “These are the situations you dream about as a child. I’ve dreamed about that situation many times. To be here, to fulfill that dream, is very special.”9

Iorg’s dream was a nightmare for the Cardinals, most of whom chose to blame Denkinger’s missed call for their loss. The lone exception was Worrell, who observed, “There’s nothing you can do about it. I felt I had him, but I didn’t. So you have to pick up and continue.”10 Herzog, on the other hand, steamed, “As far as I’m concerned, we had the damned World Series won tonight.” In reference to Denkinger being the home-plate umpire for Game Seven, Herzog added, “We’ve got no more chance of winning than the man in the moon — not with that guy working behind home plate.”11

Brett summed up the Royals’ outlook by stating, “That is about as far to the wall as we can get. We looked like a dead team. … We end up getting a break here, a break there, and then we get a big hit. You’ve got to take advantage of the breaks.”12 With Herzog’s attitude prevailing among St. Louis’s team members, the Kansas City Royals already had a psychological break for Game Seven. The outcome of the actual play on the field, and the 1985 World Series champion, would be determined the next night.

1 Kansas City’s Katz Drugstore chain was in existence from 1914 to 1971. For many years, the company sponsored a team in the amateur Ban Johnson Baseball League. The team’s name was the Katz, and its logo (appropriately) was a cat.

2 From 1976 through 1985, the designated-hitter rule did not apply in World Series played in odd-numbered years. Pitchers had to bat.

5 Worrell shared the record with Hod Eller of the 1919 Cincinnati Reds and Moe Drabowsky of the 1966 Baltimore Orioles.