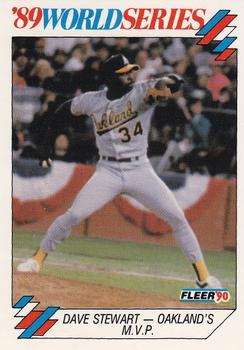 After the San Francisco Giants lost the first two games of the 1989 World Series to their Bay Area rivals Oakland Athletics, baseball fans tuned in to see if they could turn things around in front of their home crowd starting with Game Three on October 17. As television viewers watched, the broadcast unexpectedly faded out, and some could hear Al Michaels saying, “I’ll tell you what! We’re having an earthquake!” The Loma Prieta had just shaken the area. Giants pitching coach Dusty Baker was sitting on the bench at the time and he “looked at the field, and the field was rolling, like a wave of water, two or three feet high.”1

In the days that followed, players and fans wondered if the World Series would resume and, if so, when. “When you’re talking about people losing their lives, you don’t worry about the baseball end of it,” said the Giants’ Will Clark.2 Commissioner Fay Vincent talked about the “insignificance of our modest little game”3 and said he would work with the City of San Francisco to decide if the Series would continue. After examining Candlestick Park and finding that it was structurally sound, it was decided to resume the Series on October 27. The Athletics’ Dave Stewart said of the decision, “I thought it would be good to start playing again. I thought it might take people’s minds off the tragedy, at least for a while, and concentrate on something good.”4

A crowd of 62,038 showed up to see the delayed Game Three. Everyone stood in silence to mourn those who died in the quake before singing “San Francisco, Open Your Golden Gate” to show the world that they had survived. Earthquake heroes were introduced, among them firefighter Jerry Shannon, who had refused to abandon a woman trapped in the rubble of a building, and Steve Whipple, the rescue worker who saved a survivor among the wreckage of the Nimitz Freeway. After these somber moments, “the throaty cheers of the hometown crowd filled Candlestick Park.”5

Just as in Game One, the Giants’ Scott Garrelts faced the Athletics’ Stewart. Stewart had won the first contest, pitching a five-hit shutout to give Oakland a 5-0 victory. Garrelts was the loser, leaving after four innings and surrendering five runs, four of them earned.6

Garrelts began the rematch by retiring Rickey Henderson on a grounder to shortstop. Garrelts tried to move Carney Lansford back off the plate with an inside pitch but Lansford stepped back and lined a single to center. Jose Canseco, hitless in his previous 23 World Series at-bats going back to 1988, stepped into the batter’s box. Canseco crowded the plate and Garrelts threw two pitches high and tight, barely missing the slugger’s head.

Canseco stepped toward Garrelts but was restrained by home-plate umpire Vic Voltaggio. “I don’t think that he was throwing at me but what upset me was that you don’t do that above the waist. It’s too dangerous,” Canseco said.7 He had the satisfaction of seeing his slump come to an end when he slammed a single to left field.

After Mark McGwire grounded out, Dave Henderson hit a blast that bounced off the top of the right-field fence for a double that scored two runs. Henderson later said that the double “was a very important hit because it put the Giants down two runs right off the bat. Now they’re saying, ‘Here we go again.’ They’ve got to score three off Dave Stewart, and you don’t want to get behind against our ace.”8

When the Giants came to bat in the second, they showed a glimmer of the offensive power that had led them to win the National League pennant. With two outs, Stewart threw Matt Williams a curve and the Giants slugger drove it over the left-field fence, leaving the Giants down by just one run.

In the top of the fourth, Oakland twice took Garrelts deep. Dave Henderson hit a 2-and-0 pitch over the right-field fence and two batters later Tony Phillips hit Garrelts’ first pitch for a homer to right. Giants manager Roger Craig brought Kelly Downs in from his bullpen to finish the inning but the A’s had added two runs to their lead, now 4-1.

In the bottom of the inning, the Giants bounced back again. Consecutive singles by Clark and Kevin Mitchell followed by a walk to Ken Oberkfell loaded the bases. After Matt Williams struck out, Terry Kennedy lined a single up the middle and two runners scored. Pat Sheridan then hit a groundball into the hole between first and second. McGwire dived for the ball and tossed it to Stewart, who barely beat Sheridan to the bag. “That ball gets through, it’s a tie ballgame. They have a pinch-hitter and who knows what happens,” McGwire said later. Stewart echoed that sentiment, saying it “was the play of the game.”9 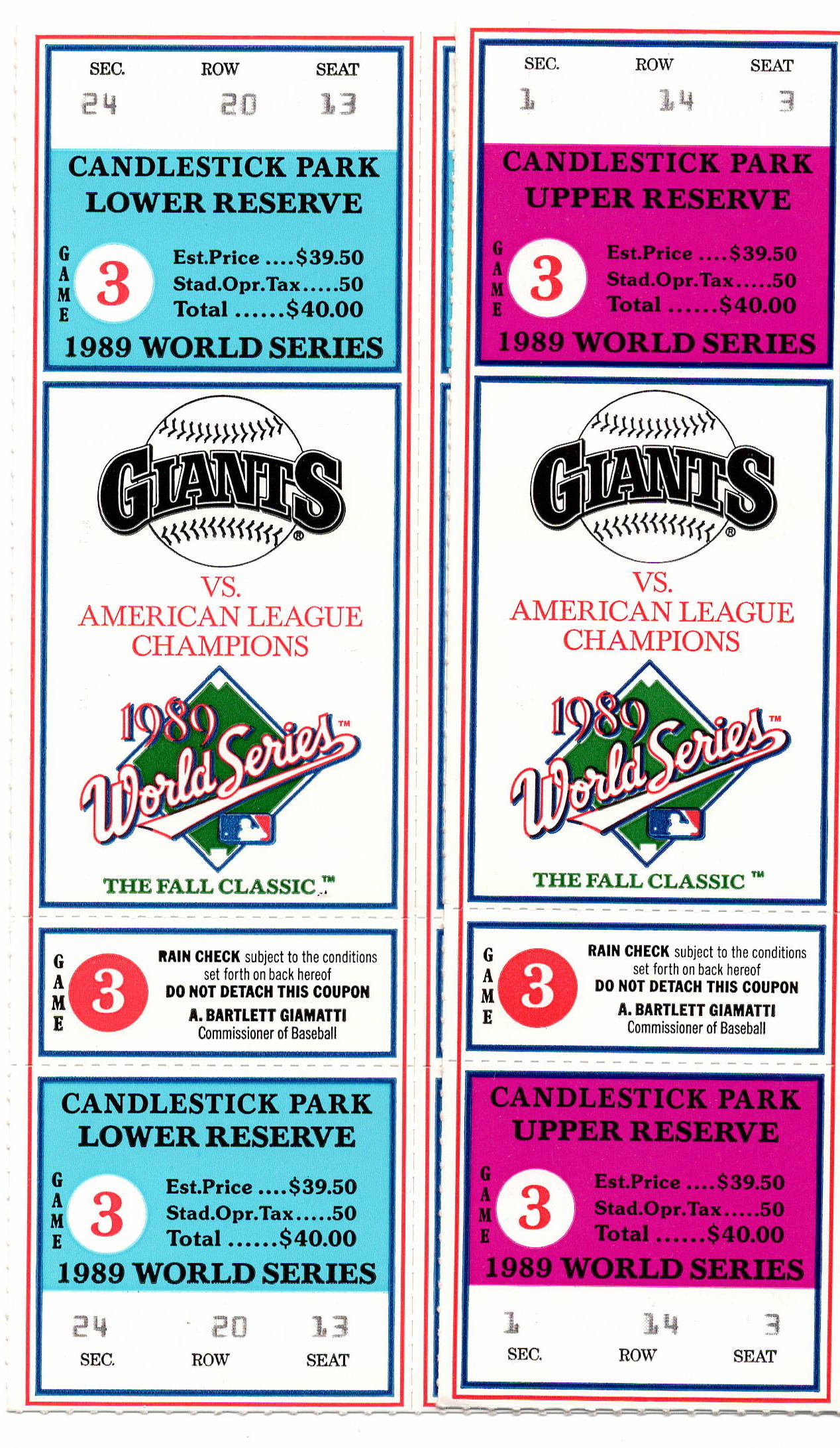 Downs walked Rickey Henderson and Lansford in the fifth. Then he went to 2-and-2 on Canseco while trying to pick off Henderson from second. Canseco lined the fifth pitch, a side-arm slider, over the left-field fence. “I thought it was going to be a two-hopper off the fence but I hit it so hard that it just took off,” Canseco said.10 Downs struck out McGwire but Dave Henderson launched a pitch over the left-field fence and suddenly Oakland had broken things open, 8-3.

It was Henderson’s second home run of the game. He had demonstrated that he could thrive in the postseason, hitting four home runs in two previous postseasons. “The postseason, to me, is like the eighth or ninth inning of a regular-season game,” he said later. “I’ve always had good success in the eighth and ninth. I love being at the plate with the game on the line. Everybody knows it.”11

Jeff Brantley, who had relieved Downs in the fifth, gave up a solo home run to Lansford in the sixth, adding to the Athletics’ lead. Atlee Hammaker replaced Brantley in the eighth. Walt Weiss led off with a single. Lance Blankenship pinch-hit for Stewart and also singled. With one out, Lansford singled down the left-field line to bring both runners home. A fourth single by Canseco left runners at the corners. McGwire grounded out but Lansford scored. After Dave Henderson was hit by a pitch, Terry Steinbach hit a sharp line drive for single that brought Canseco across the plate. Craig Lefferts was finally brought in to get the third out but the Athletics now had a 10-run lead.

The Giants pitching staff had completely crumbled under the Athletics’ power. Catcher Kennedy said, “Our pitchers couldn’t get the breaking ball over for strikes when we were behind in the count. We had to come in with fastballs. They were very aggressive. They hammered every mistake we made.”12

The Giants had one last gasp at closing the Athletics’ seemingly insurmountable 13-3 lead in the bottom of the ninth. A walk to Oberkfell and double by Kirt Manwaring left two runners in scoring position. Little-used Bill Bathe pinch-hit for the pitcher. Bathe sent the second pitch from reliever Gene Nelson over the left-field wall. Bathe said later, “It’s every kid’s dream to hit a home run in the World Series. That one was for my son Derek Logan.”13 Donell Nixon, who had entered the game as a pinch-hitter in the eighth, singled. That brought up Greg Litton, who had replaced Robby Thompson at second in the eighth. Litton’s double scored Nixon for the seventh Giants run. But that would be all as Todd Burns got Mitchell to fly out for the final out.

Craig made the substitutions to make sure all his players got a chance to be in the World Series. “That’s part of managing,” he said. “You don’t know if you’ll get another chance to get them in the next day. And if they are needed, they’ve had a taste of playing.” Catcher Bob Brenly said, “When these guys [Bathe, Nixon, Litton] were getting their chances in the ninth, we were cheering because you can feel their joy. You’ll eventually forget the blowout. But you’ll remember that you got an at-bat in the World Series.”14

Baseball had returned to the Bay Area, but the Giants and their fans now faced the daunting prospect of coming back from a three-games-to-none deficit. No team had ever done that to win the World Series. After both teams set a record for hitting seven home runs in a World Series game, Craig was asked what he might do differently in the next game. “Maybe I’ll have my outfielders play a little deeper,” he said.15 Kennedy, perhaps trying to provide additional optimism for Giants fans still recovering from the earthquake, said, “Nobody has come back from 3-0 but it would be unprofessional to take that approach. I’m going to believe we can be the first team to do it.”16

In addition to the sources cited in the Notes, the author used Baseball-Reference.com and Retrosheet.org, for box-score, player, team, and season information as well as pitching and batting game logs, and other pertinent material.

1 Tim Kurkjian, “‘The Sound of Fear’: Thirty Years Ago, the Loma Prieta Earthquake Shook the World Series and the World,” ESPN.com, October 17, 2019.

6 Mike Moore won Game Two for the A’s, 5-1. The games then moved from Oakland-Alameda County Stadium across the Bay to Candlestick Park.

16 Chass. The A’s won Game Four (and swept the World Series) the next night, 9-6. Mike Moore picked up his second win to match Stewart.