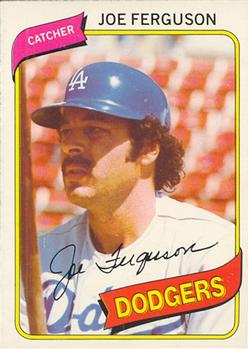 As the 1980 MLB season was winding down, the Houston Astros paid a visit to Dodger Stadium in hopes of accomplishing the one feat that eluded the franchise since its inception in 1962: clinching a playoff berth. By winning six of their last seven games, the Astros extended their lead in the NL West by three games, with three games left to play: three more games against the second place Los Angeles Dodgers. Houston’s task was simple: Win one more game and the NL West division title was theirs. The Los Angeles Dodgers were no strangers to postseason play. During the 1970s, Dodger blue reigned supreme over the National League three times (1974, 1977 and 1978), but when it came to World Series play they were more bridesmaid than bride.

With the final weekend series against the first-place Astros set to begin, the Dodgers’ postseason hopes were hanging by a thread. In order for the Dodgers to overtake the Astros in the NL West race they would have to sweep the three-game set to force a one-game playoff and win that winner-take-all contest. The scenario was a perfect plot written by capable Hollywood screenwriters. No one believed it would happen. Prior to this crucial series with the division leading Astros, the Los Angeles Dodgers failed to capitalize on a soft schedule where they played against a trio of also-rans (the Braves, Giants, and Padres). By going 3-4 they slipped two games back of Houston. With the Dodgers winning a series over their longtime rival, the San Francisco Giants, they all but eliminated the Cincinnati Reds from postseason contention. Yet the Astros swept the Braves to extend their lead to three games.

On Friday, October 3, 1980, the Houston Astros and Los Angeles Dodgers took the field on a hot, smoggy night in the City of Angels in the opening contest of the most pivotal series of the season. The visiting Astros sent right-hander Ken Forsch (12-12, 3.25 ERA) to the mound, while the Dodgers answered with 15-year veteran Don Sutton (13-5, 2.21 ERA). In his previous start against the San Diego Padres, Sutton picked up the win by pitching seven solid innings where he struck out three and walked one. The story was much different for Ken Forsch in his last outing. Against the Cincinnati Reds, Forsch pitched five innings in which he gave up three walks, three earned runs, and four hits. The first inning between the two clubs ended in a scoreless affair. The only threat came in the top of the first when a Terry Puhl double moved Joe Morgan (who had reached on an error) to third base.

In the top of the second inning, the Astros struck first. Alan Ashby‘s double to right put him in scoring position. Sutton got shortstop Craig Reynolds to fly out to right but gave up an RBI single to pitcher Ken Forsch to give the Astros a 1-0 lead. After a scoreless third inning, Houston looked to pad its lead in the top of the fourth when Alan Ashby lined a single off Sutton’s right ankle. Craig Reynolds answered with another single. With runners on first and second, Forsch bunted right to Sutton who got the force at third. Joe Morgan struck out on a disputed 3-2 pitch and, amidst the commotion, Forsch and Reynolds stole second and third base, respectively. Third baseman Enos Cabell stranded both runners with a big strikeout on a curveball from Sutton. In the bottom of the fourth, Ken Forsch, who retired the first ten Dodgers he faced, gave up a double to Rick Monday on a 1-2 count with a curve hung in the strike zone. Steve Garvey tied the contest with a double on an 0-2 count.

With the score knotted up at one apiece, the Astros and the Dodgers locked into a scoreless duel for the next three innings. In the top of the eighth, Sutton walked César Cedeño and gave up a single to first baseman Art Howe that moved Cedeño to third base. Ashby put the Astros ahead, 2-1, with a sacrifice fly to left that scored Cedeño. In the top of the ninth, the Astros looked to put the icing on the cake when the Dodgers pulled starter Don Sutton, in what was to be his final start with the Dodgers organization, in favor of a 19-year-old left-handed pitcher they signed from Mexico in 1979: Fernando Valenzuela. Valenzuela got Forsch to line out and Rafael Landestoy to strike out looking. However, he gave up two singles before getting José Cruz to ground out to end the inning.

In the bottom of the ninth, the scene was set for one of the more dramatic moments of the season. With one out, Monday singled to right. Dusty Baker reached first base on an error while pinch-runner Rudy Law moved to second. Garvey flied out to center. What came next was a script that not even the greatest Hollywood writer could conjure up. With two outs, the Astros were looking to secure the final out and the division title but instead of a victory celebration, Dodgers third baseman Ron Cey knotted the game at 2-2 with an RBI single that scored Rudy Law and sent the Dodger faithful into a frenzy.

As the game progressed into extra innings, the rookie Valenzuela, in the biggest inning of his young career, displayed the poise and gumption needed in a big game such as this. Valenzuela got Dave Bergman to line out to second while striking out two to keep the contest tied.

“I’ve never seen anyone with that much poise,” Dodgers catcher Joe Ferguson said of the teenage phenom.1

Forsch turned in a solid performance — striking out two, walking none, with two earned runs — and Astros manager Bill Virdon sent him out to pitch in the bottom of the tenth. Forsch’s first pitch to Ferguson, who had been 0-for-3, was sent over the left-field wall for a leadoff home run. The 49,642 fans that packed Dodger Stadium hollered in enthusiasm as the Dodgers pulled off a dramatic 3-2 victory over the Astros to pump new life in their quest for the NL West division title.

“I go up in that situation and I’m looking to hit at least a double,” said Ferguson, whose homer was his ninth of the season. “I’ve got to drive the ball. It wasn’t that Forsch was losing command of his pitches. It was just that he didn’t have that little extra. He knows what I can do, because I’ve done it against him before.”2 The winning pitcher was Valenzuela, who had not allowed an earned run in 13 2/3 innings to begin his career. Even though Sutton struggled in the early frames, he came through when it looked treacherous.

If there was panic in the Houston clubhouse, no one really showed it. After all, Houston was still pretty much in the driver’s seat.

“Big deal,” Joe Morgan said. “So they won today. They have to win four in a row, make sure you understand that. They can’t win one in row, or two in a row or three in a row. There are no goats in this clubhouse, only heroes in the Dodgers’ clubhouse. They played one good game. Now we have to play one good game.”4

In addition to the sources cited in the Notes, I also consulted Baseball-reference.com, and retrosheet.org.

4 Ibid. The Dodgers did indeed sweep the series but lost the one-game playoff.