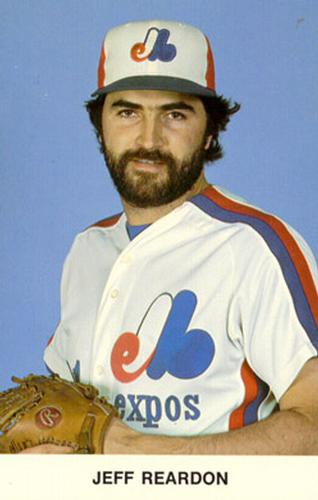 With a 1½-game lead over the St. Louis Cardinals and just two games to go in the second half of the bastardized 1981 split season, the Montreal Expos needed just one more win to clinch their first postseason berth. Montreal would have to triumph on the road, but had the good fortune to face the sad-sack New York Mets, a team against which the Expos had gone 8-2 thus far in the strike-interrupted campaign.

“The Expos … had wasted opportunities the last two years to win the National League East on the final weekend,” wrote Dave Anderson. “Two years ago they were one game behind the Pittsburgh Pirates with three to play in Montreal and were eliminated on Sunday; last year they were tied with the Phillies with three games to play in Philadelphia and were eliminated on the final Saturday.”1

Mike Scott, finishing up a dismal 5-10 season, started for the Mets and retired Warren Cromartie, Jerry White, and Andre Dawson in order in the top of the first. Cromartie hit leadoff because wunderkind rookie Tim Raines had broken a bone in his right hand2 nearly three weeks earlier.

Montreal manager Jim Fanning tapped fourth-year righty Scott Sanderson to start. Sanderson had faced a season-low 15 batters in his previous outing, a 6-2 loss at St. Louis, and would last just one batter longer against New York.

Ed Lynch came on for the second inning to replace Scott, who after his September 27 start against Montreal “said his pitching elbow tightened.”3 Lynch gave up a hit to Larry Parrish but stranded him at first. The Mets took the lead in the bottom of the frame after consecutive singles by Alex Trevino and the light-hitting future ExpoDoug Flynn that put runners on first and third with one out and Lynch coming to the plate. Unable to fan his opposing hurler, Sanderson gave up the only sacrifice fly Lynch ever hit in his 248-game career to drive home Trevino. New York led 1-0 after two innings.

Chris Speier led off the Expos’ third with a single, but failed to advance. Brooks started another Mets rally in the bottom of the frame with a single. After a walk to Kingman, Staub’s RBI double increased the New York lead to 2-0. When Trevino singled to make the score 3-0, Fanning hooked Sanderson in favor of rookie Bryn Smith, who retired Flynn to end the inning.

After Lynch got the heart of the Expos (Dawson, Gary Carter, and Parrish) in the top of the fourth, Smith pitched around a walk to Lynch and a wild pitch in the bottom half. The rookie Smith’s 1⅓ innings of scoreless relief kept the New York margin manageable.

The comeback commenced in the top of the fifth. With one out, Jerry Manuel and Speier singled and each advanced on an error by the defensively challenged Kingman in left. Brad Mills, pinch-hitting for Smith, knocked in his only run of 1981 with a groundout. The Expos trailed 3-1 midway through the game.

Bill Lee came in from the bullpen in the bottom of the inning. Working on only three days’ rest after a subpar start, Lee began badly but recovered quickly. After a Kingman single and steal, Staub bunted, but Lee threw out Kingman at second. “‘The turning point today was when I nailed Kingman,’ quipped Spaceman Lee.”4 A fly ball to right by Ellis Valentine proved harmless. Lee hurled two scoreless frames and unwittingly made a prophet of Dick Williams, Montreal manager for most of 1981, who in spring training had told the Boston Globe, “Lee still can be a very valuable man to the Expos if he is healthy, but not necessarily as a starter.”5

In the sixth, Carter’s 16th homer of the year closed the gap to 3-2. Flynn opened the bottom of the sixth with a single. Lynch had pitched well, but rather than have him bunt, New York manager Joe Torre pinch-hit Bob Bailor to sacrifice. While the conservative play moved the runner this time, the Mets did not score, and the New York bullpen could not preserve the lead.

“Torre did not worry about his starters going more than five or six innings when he had [closer Neil] Allen in the pen for the last two,” wrote Jack Lang.6 Here, on the next-to-last day of the season, Torre tried to stretch Allen for the final three. In what became the lucky Montreal seventh, Terry Francona reached on an error, but was out when Manuel hit into a fielder’s choice. Batting for Speier, pinch-hitter John “The Hammer” Milner singled to move Manuel to second and bring up Lee. Fanning tapped Rodney Scott to run for Milner and turned to rookie Wallace Johnson to hit for Lee. The matchup seemed to represent a mismatch for the Expos, as a strong reliever faced an unknown who had begun 1981 in Double-A Memphis before moving up to Triple-A Denver. Johnson had made his major-league debut during the same September 8 game as Bryn Smith when he batted for his fellow rookie.

To this point in his career, Johnson had one single in six at-bats with one RBI. Another single would tie the game and might put the Expos ahead. Johnson delivered magnificently. He “went to a 2-and-2 count before driving a 350-foot triple to right-center for two runs and the lead,” reported the New York Times.7 Montreal now led 4-3. Allen escaped additional damage by intentionally walking Cromartie, inducing a popup from White, and fanning Dawson.

To terminate the game, Fanning turned to former Met Jeff Reardon, who had “escaped the dungeon of Shea Stadium and the shadow of Neil Allen by way of a trade to the Expos in June for Ellis Valentine,” wrote Peter Gammons.“Reardon had been an issue in the firing of Dick Williams. Then, when he had been used [more frequently] down the stretch … Reardon was the best short reliever in the National League East, better than Bruce Sutter or Tug McGraw or Neil Allen.”8

“When this season becomes history, the trade in which the [Expos] acquired … Reardon from the Mets … for outfielder Ellis Valentine may turn out to be one of the biggest and best the team has ever made,” wrote Ian MacDonald. 9After allowing a double to Staub, Reardon closed the seventh otherwise unscathed.

In the top of the eighth Allen yielded a critical insurance run with two outs on an RBI double by Manuel. Reardon quickly gave the run back on a homer by pinch-hitter Mike Cubbage, the only homer he ever hit in the National League and the 34th and last of his eight-year career, to trim the lead to 5-4.

The Expos went down in order in the top of the ninth, Reardon returned for his third inning to face Mike Jorgensen, who had played 670 games for Montreal. Pinch-hitting for Frank Taveras, Jorgensen popped out. The Expos stood two outs away from the playoffs. Brooks bounced a comebacker to Reardon, who tossed to Cromartie at first. One out remained for Montreal. Reardon “retired Dave Kingman on a fly ball for the final out after throwing two curves for strikes and then wandering around the back of the mound as if he wanted to do anything but throw another pitch,” wrote Michael Farber.10 The rookie Francona, who 23 years later would cross paths with Torre in managing the Red Sox to a historic playoff comeback against New York’s other baseball team, caught the ball to ensure that the Expos would experience the glories and agonies of postseason baseball for the first and, alas, only time in the franchise’s star-crossed history.

10 Michael Farber, “The Phillies Can Wait/It’s Champagne Time for Our Thirsty Expos,” The (Montreal) Gazette, October 5, 1981.