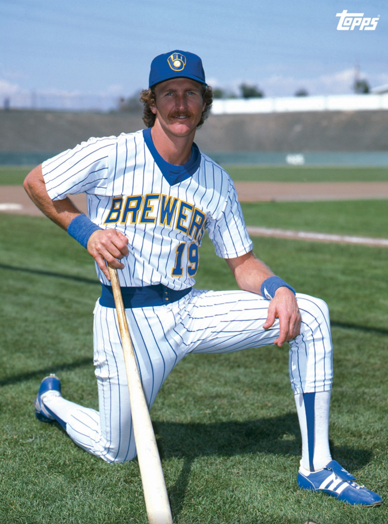 To say that the final game of the regular season for the Milwaukee Brewers and the Baltimore Orioles on October 3, 1982, was important would be an understatement.

That day, on a sun-dappled field at Memorial Stadium in Baltimore, the Brewers and Birds played what amounted to a one-game playoff for the American League East title. Three days earlier, this had seemed inconceivable. When the series began on Friday, the Brewers, whom the national media and even Milwaukee fans had left for dead after some early-season struggles, needed to win only one game to secure the division title and a berth in the American League Championship Series. But the Orioles took the first three games of the series, outscoring the Brewers 26 to 7.

By Sunday, when they took the field in front of 51,642 screaming Orioles fans, Harvey’s Wallbangers were tied with the Orioles, who seemed to have all the momentum. But the baseball adage of momentum being only as good as a team’s next starting pitcher ran against the home team that day.

Jim Palmer, a 15-game winner and the ace of the Baltimore staff since the mid-1960s, surrendered one run in each of the first three innings, including two home runs by Brewers shortstop Robin Yount. Yount would end up collecting one more hit (a triple in the eighth), scoring four times, coming within less than a point of winning the AL batting title, and putting a cap on a possible MVP season.

Of course, Yount, who had a reputation as the consummate team player, did not want to talk about his own performance that day or about any possible individual accolades because of his season-long exploits. “The batting title was the last thing on my mind, there were more important things to think about,” he said. Those important things were beating the Orioles and winning the division championship. The possibility of winning the MVP was not even in his purview: “If it were up to me, they wouldn’t even have that award.”1

While Yount was leading the offense, Don Sutton, whom Milwaukee had acquired late in the season to get a big-game pitcher, gave up just two runs and shut down the Orioles. As for how he managed to set the Brewers up for victory, Sutton gave credit to the fact that he had above-average control that day. “I’m not going to overpower anybody. I’m probably not going to be that over-impressive,” he said. “But if I can keep’em off stride, then that’s the key for me to pitch.”2

That did not mean that he sailed the whole day. Sutton gave up a home run to Glenn Gulliver in the third inning. In the fifth he worked out of a bases-loaded jam unscathed. Then, in the eighth, Sutton struggled and the O’s looked set for a big inning. With one run in and two Orioles on base, Sutton got some help from his defense; leftfielder Ben Oglivie made a sliding catch into the left-field sidewall. This killed the O’s rally, and it was 5-2 Brewers.

At that point, the Brewers offense, which had gained the nickname Harvey’s Wallbangers as the team got back into the pennant race, exploded. By the time the top of the ninth inning ended, the team had roughed up Dennis Martinez and former Cy Young Award winner Mike Flanagan for five runs to give the Brewers a 10-2 lead.

In the bottom of the ninth, fill-in closer Bob McClure (Rollie Fingers, the usual closer, was out with a shoulder injury) gave up two hits but got the final three outs, securing for the Brewers the division title and sending them on their way to victory over the California Angels in the ALCS.3

For this work, the author consulted various articles in the Milwaukee Journal and Sentinel as well as Nine Innings by Daniel Okrent and the 2007 documentary “Harvey’s Wallbangers,” along with Retrosheet.org.