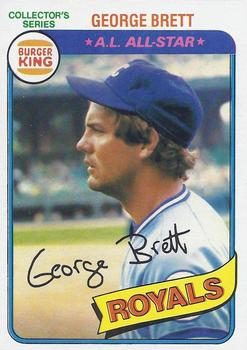 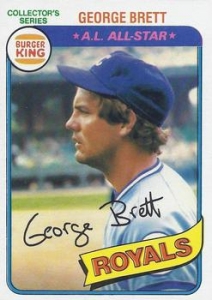 A late-season stumble could not derail the Kansas City Royals’ successful regular season. On the heels of an eight-game losing streak in late September, they broke their skid with a three-game sweep of the Seattle Mariners. Then came their last series of the season at home versus the late-charging Minnesota Twins, who were riding a season-high 11-game win streak.

Heading into the final three-game set at 95-64, the Royals had long since wrapped up the American League West Division title. They would finish the season 14 games up on the second-place Oakland Athletics, who finished at 83-79. The Twins would finish in third place in the division with a record of 77-84.

The first game of the series went to the Twins, 5-3.

In the second game (and also the next-to-last game of the regular season), the Twins and Royals squared off into what quickly devolved into a drubbing.

Taking the mound for the Royals was star pitcher Dennis Leonard. He entered the game at 19-11. The Twins countered with Roger Erickson (7-12). It would turn out to be a very poor night on the mound for Erickson.

Twins right fielder Hosken Powell led off the game with a single to center field but was caught trying to steal second base, for the first out of the inning. Leonard retired the next two Twins batters on groundouts to the right side of the infield. Erickson, the Twins starter, began the bottom of the first inning by striking out Royals leadoff batter and speed man Willie Wilson. But then things quickly went awry for the Twins. Erickson allowed the next six Royals to reach base. Hal McRae singled, then George Brett walked. Willie Aikens’ single to left field scored McRae from second and moved Brett to third. Amos Otis followed with another single to left field that scored Brett and landed Aikens on second. Jamie Quirk walked to load the bases. A wild pitch to Clint Hurdle scored Aikens and advanced the other two baserunners up a base. Then Hurdle doubled to left field to knock in Otis and Quirk and make the score 5-0.

At this point Twins manager Johnny Goryl (a late-season replacement after Gene Mauch’s resignation) sent Erickson to the showers in favor of Fernando Arroyo. Erickson had lasted only one-third of an inning and allowed four hits and two walks. All five runs he surrendered were earned.

The Twins scored a run in the top of the second as Glenn Adams came home on Mike Cubbage’s single to center field. It was the Twins’ only run of the game.

In the bottom of the second, the Royals regained their five-run margin as George Brett scored from second on a single to center field by cleanup hitter Willie Aikens. Otis and Quirk followed with groundouts to end the inning.

Pitching struggles for the Twins did not end with Erickson. While Arroyo allowed only one run in the second inning, and no runs in the third or fourth, the fifth inning was a different story entirely.

Royals center fielder Otis led off with a single to left field, and then stole second base. Arroyo got two outs, but White’s single scored Otis, making the score 7-1. Mulliniks followed with a walk. Wilson’s single scored White from second and moved Mulliniks to third. Wilson then stole second. Hal McRae unloaded a three-run home run to make the score 11-1. Finally, Arroyo retired Brett on a groundball to end the inning and his evening. His pitching stat line read 4⅔ innings pitched, six hits, six runs, and three walks. Mike Kinnunen replaced him in the sixth inning.

In the seventh inning the Royals scored three more and built their lead to 14-1. Dave Chalk, the replacement for White at second base, reached on an error to lead off the inning. Three singles, a couple of sacrifice flies, and timely running on the basepaths had the Royals adding to their big lead. Wilson singled home Chalk from second and advanced Mulliniks to third. McRae’s sacrifice fly scored Mulliniks. Aikens’s sacrifice fly plated Wilson.

The Royals’ offensive assault on Twins pitching continued in the bottom of the eighth inning as they scored the last three runs of the game. Quirk and Hurdle led off the inning with singles. Chalk struck out looking, and Mulliniks advanced the runners with a groundout. Wilson then singled home Quirk and Hurdle to make the score 16-1, and McRae’s double to right field scored Wilson from first with the Royals final run of the game. Pinch-hitter Manny Castillo popped up to second base to end the inning.

Dan Quisenberry pitched a scoreless top of the ninth inning for the Royals to close out the game. The final score was Royals 17, Twins 1.

Leonard’s strong pitching performance, backed by a relentless offensive output, made him a 20-game winner for the third time. (He had won 20 games in 1977 and 21 games in 1978.) Over eight innings, he held the Twins to six hits and one run. The Twins had baserunners in six of the innings but were able to muster only one run.

Even with 18 runs and 25 hits combined between the two teams, the game concluded in a brisk, at least by contemporary standards, 2 hours and 42 minutes. The Royals went on to win the final game of the regular season against the Twins, 4-0, and finish with a 97-65 record.

Beyond the gaudy offensive output of the Royals, several other noteworthy milestones were reached during the game, and Willie Wilson was the man of the hour. By the conclusion of the game he became the second major leaguer to get 100 hits from each side of the plate in a season. (Garry Templeton was the first, in 1979.) Wilson’s 183rd single of the season broke the record set by Sam Rice in 1925. And he became the first major leaguer to have over 700 at-bats in a season. His three runs scored in the game gave him 133 for the season. He also knocked in four runs for the game. Meanwhile George Brett, on his way to the AL Most Valuable Player Award, went 2-for-4 to bring his season average to .390.

After sweeping the New York Yankees in three games in the ALCS, the Royals lost the World Series to the Philadelphia Phillies in six games, giving the Phillies their first World Series title after 97 years.