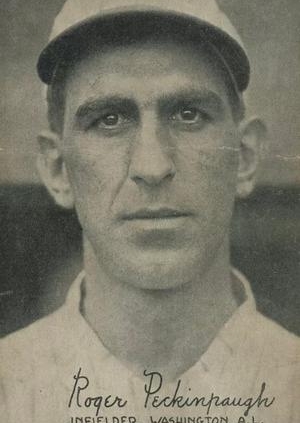 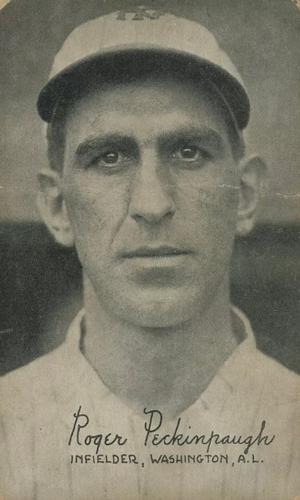 As they prepared for Game Six of the 1924 World Series on the morning of October 9, the Washington Senators had reason to feel confident of a victory that would force a decisive Game Seven the next day. Although the Senators trailed the New York Giants, three games to two, the clubs had alternated victories thus far in the Series, with the Giants taking Games One, Three, and Five and the Senators winning Games Two and Four. The Senators would also be sending left-hander Tom Zachary, the winning pitcher in Game Two, to the mound for Game Six. Both of Washington’s wins thus far in the Series had been recorded by lefties – in addition to Zachary’s Game Two victory, George Mogridge had started and won Game Four. Over the first five games of the Series, Giants hitters had batted .356 (42-for-118) and slugged .517 against the Senators’ right-handed pitchers; against Washington’s lefties, the Giants were hitting .158 (9-for-57) and slugging .175. A southpaw on the hill also meant that Giants rookie Bill Terry – a left-handed hitter who was being platooned at first base with George Kelly – would probably not be in the lineup. Thus far in the series, Terry was batting .500 (6-for-12) against Washington pitching.

The Senators’ Game Six lineup featured the return of shortstop Roger Peckinpaugh. A 33-year-old veteran who had missed only one game during the regular season, Peckinpaugh had been hurt legging out a game-winning double in Game Two, and hadn’t played since being removed from the lineup in the third inning of Game Three. “As Harris’ club took the field for the game’s start,” wrote Shirley Povich about Game Six, “a thunderous cheer acclaimed the figure of Roger Peckinpaugh limping toward the shortstop position. He was back in the Series after missing the fourth and fifth games, pain-wracked for three days with hemorrhages in his left thigh from an ugly Charley horse. Peck was strapped from ankle to waist to keep him upright, and had announced he’d be in the lineup ‘if I have to break a leg to get in there.’”1

The Senators had one more thing going for them as Game Six started: President and Mrs. Calvin Coolidge were in the Griffith Stadium stands to root for the Senators. Only the second sitting president to attend a World Series game – Woodrow Wilson had been the first in 1915 – Coolidge had thrown out the first pitch on Opening Day of the 1924 season; the Senators had gone on to win the American League pennant for the first time in club history, so his presence was considered a good omen. He had also thrown out the first pitch before the start of Game One of the Series. In truth President Coolidge was neither much of a fan nor much of a ballplayer – syndicated columnist Westbrook Pegler wrote that Coolidge had thrown out the first pitch “with a windup and delivery like that of a lady throwing away a soiled glove”2 – but First Lady Grace Coolidge was a passionate baseball fan who attended numerous games, faithfully recording the events on a scorecard. Senators player-manager Bucky Harris described Mrs. Coolidge as “the most rabid baseball fan I ever knew in the White House.”3 When Harris was married in October of 1926, the Coolidges would be among the guests.

Despite the presence of Zachary, Peckinpaugh, and the Coolidges, Game Six did not start well for the Senators. Giants second baseman Frankie Frisch doubled with one out in the top of the first. Frisch was caught in a rundown between second and third when Ross Youngs hit a bouncer to Zachary, but Youngs was able to make it to second while Frisch was being tagged out. Long George Kelly then singled to center, plating Youngs with the first run of the game.

New York’s starting pitcher was left-hander Art Nehf, a veteran who was appearing in the World Series for the fourth consecutive year and who was making his ninth career Series start. Nehf had worked all 12 innings while defeating Senators immortal Walter Johnson, 4-3, in Game One, and he was sharp again in Game Six. After permitting a walk and a single in the first inning and another single (by Peckinpaugh) with one out in the second, Nehf settled down and retired the next eight hitters. But Washington broke through in the fifth. Peckinpaugh (described as “the limping veteran” by the New York Times) led off the inning with a single to left; according to the Times, “[Giants left fielder Irish] Meusel played the ball timidly and might have caught it with a bit more dash and daring.” Peckinpaugh advanced to second on Muddy Ruel’s sacrifice, and moved to third when Zachary grounded out. Senators leadoff man Earl McNeely then walked on four pitches and stole second (“helped,” wrote the Times, ‘by [catcher Hank] Gowdy’s slowness in getting away his throw and by Frisch’s failure to put the ball on the runner.”4) Both Peckinpaugh and McNeely raced home when manager Harris singled to right.

Meanwhile the Giants were failing to score again off Zachary, despite putting runners on base in several innings. New York hitters recorded hits in the second, third, fourth, and seventh innings, but failed to capitalize each time. Then in the ninth, more heroics from Peckinpaugh helped preserve the Washington victory. Kelly singled for the Giants with one out, and Billy Southworth ran for him. Irish Meusel was the next hitter. According to the Times:

Meusel, the next man at bat, smashed a hard grounder to the right of second base. Peckinpaugh, limping badly from the effects of a sprint around the bases in the ninth, tore madly for the ball. It looked like a hit until Peck, forgetting his sore leg, forgetting everything except the duties of an old-time shortstop, managed to get his hands on the ball.

Even then the hardest part of the play was still to come. Kelly [actually Southworth] was dashing madly for second base and Peckinpaugh was not in position to throw. Half turned away from the bag, he had to twist around swiftly and make a backhand toss to Harris. In getting the ball he had wrenched his leg severely and the second part of the play finished him. Turning quickly for the throw he tore a ligament behind the knee and his leg buckled up under him.5

“Had that smash gone through,” wrote Irving Vaughan, “there is no telling what might have happened. But it didn’t get through, and Peck, knowing that he had met the big test when it came, stood on the spot from where he had thrown and smiled.”6

Peckinpaugh needed to be helped from the field, with third baseman Ozzie Bluege moving to shortstop and Tommy Taylor taking over at third base. “35,000 folks, President Calvin Coolidge among them,” wrote Vaughan, “rose up and noisily acclaimed [Peckinpaugh] the hero of a battle that will go down in the books because of its sheer brilliance.”7 Zachary struck out Hack Wilson on four pitches to finish the 2-1 win. “He held the Giants to a total of seven hits all day,” wrote Shirley Povich of Zachary’s performance, “and only one Giant reached second base after the first inning. Never did Zachary have a count worse than two balls against any hitter. He threw only ninety-seven pitches and kept the Senators in the ball game until they won it.”8

Peckinpaugh’s injury made him unavailable for Game Seven the next day. But with President and Mrs. Coolidge in attendance once more and Senators immortal Walter Johnson finishing the game in relief, Washington defeated the Giants, 4-3 in 12 innings for the franchise’s first – and as it turned out, only – World Series championship during its 60 seasons in Washington.