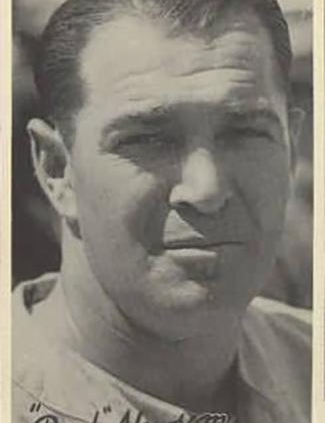 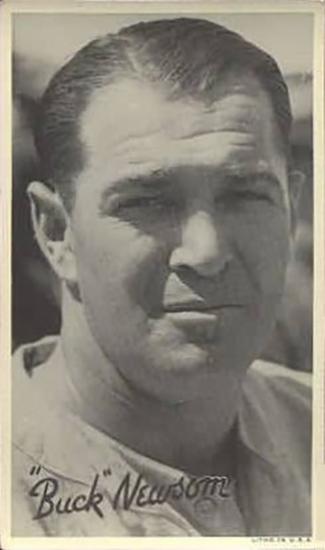 Entering the final month of the 1935 season, a September 1 matchup between the Boston Red Sox and the Washington Senators had little relevance in the eight-team American League. Both teams had long since said goodbye to any possibility of capturing the pennant, with Boston looking upward toward four other teams in the standings, a full 18 games behind the league-leading Detroit Tigers, and Washington, its losses outnumbering its victories by a 52-72 tally, trailing the eventual World Series champions by 28½ games.

Despite the underwhelming season performance of both teams and a constant threat of rain that day, 5,000 fans showed up at Washington’s Griffith Stadium to watch Future Hall of Famer Robert Moses “Lefty” Grove go head-to-head with the Senators’ Bobo Newsom.

Newspaper accounts at the time referred to him as Buck, but the nickname Bobo came about later in Newsom’s career because he either could not or would not remember other players’ names, instead referring to others as Bobo, and ultimately earning the nickname for himself.1

Grove, the Lefty moniker an obvious reference to his pitching arm, had matched up with Newsom just 20 days earlier, with Bobo claiming a 4-2 victory and both hurlers going the distance. Since that matchup, Grove had won two and lost two, and with 16 wins so far, was aiming to again reach the 20-win mark before season’s end, something he accomplished seven consecutive times with the Philadelphia Athletics before a lackluster 8-8 record in 1934, his first with the Red Sox.

Despite disparities in their overall career accomplishments, on this day both pitchers showed equal command of their position in the early going. The first three innings were uneventful, as neither team hit safely, the Senators giving Newsom “amazing support in helping him hold the Cronins.”2

The “Cronins” was a reference to Joe Cronin, acquired by Boston from the Senators in October 1934 for Lyn Lary and $250,000. As a condition of the trade, Cronin signed a five-year deal for $30,000 per season. Boston fans had high expectations, and the mediocre performance of the 1935 Red Sox did little to promote a warm acceptance of the new manager.3

In the fourth inning, both offenses got on track.

Third baseman Billy Werber opened the frame for Boston, blasting a line drive down the left-field line. A groundball by Roy Johnson scored Werber. Cronin, the future Hall of Famer, then tripled to left-center when Jake Powell missed on an attempted shoestring catch. But popups by Rick Ferrell and Babe Dahlgren on each side of Dusty Cooke’s walk ended the threat.

For three innings, Grove had held Washington hitless, with only one ball leaving the infield. An error by Dahlgren on Newsom’s grounder to first with two out in the third gave the Senators their first baserunner, then Joe Kuhel walked, but Dee Miles popped out to end the inning.

With one out in the bottom of the fourth, Fred Schulte, Cecil Travis, and Jake Powell singled on three successive Grove deliveries, and the game was tied, 1-1.

Boston filled the bases with one out in the top half of the fifth, the result of a free pass to Grove, Mel Almada’s single, and Werber’s fielder’s choice, the result of a late throw in an attempt to force Almada at second. But Johnson hit into a double play, and the score remained even.

The Red Sox advanced runners as far as second base in the sixth, seventh, and eighth, but left them stranded on each occasion. A leadoff single by Ski Melillo in the ninth was wasted when Grove popped up while attempting to bunt, and “Spinach,”4 a nickname Melillo derived from a kidney ailment known as Bright’s disease which forced him to eat nothing but spinach to recover from the affliction,5 was doubled off first base.

The Senators were ineffective from the fifth through the ninth, with just two runners reaching base. Joe Kuhel advanced as far as second base in the fifth after hitting a single and advancing on a fielder’s choice, and Powell beat out a slow roller in the ninth, but Grove shut down the threat on each occasion.

The game moved to extra innings.

With both starters still proving effective, the 10th inning passed with limited action.

Cooke singled in the 11th for his third hit of the game, and Wes Ferrell, hitting for Melillo, was fanned “on a couple of misses by umpire Charley Donnelly.”6

The Senators again threatened in their half of the 11th, Travis and Powell posting successive singles, but shortstop Red Kress grounded out to end the inning.

With the Red Sox going down in order in the 12th, Newsom singled with one out in the bottom of the inning, only to see Kuhel hit into a double play.

Both starting pitchers remained in the game.

Boston had an excellent chance of putting the Senators away in the 13th. Johnson opened the inning with a walk and Cronin sacrificed him to second. Rick Ferrell flied to right field, pushing Johnson to third. An intentional pass to Cooke was followed by Newsom drilling pinch-hitter Bing Miller, loading the bases. Dib Williams, who earlier replaced Wes Ferrell in the lineup for the Red Sox, worked a 2-and-0 count before Newsom called time and requested a towel to wipe off his hands. He subsequently induced a fly ball to Miles in right, ending the rally.7

Washington went down in order in the bottom of the inning.

After Grove flied out to start the 14th inning, Almada hit what looked like a sure extra-base hit to right-center, but Powell made a sensational running catch. Werber walked, but Johnson popped up the first pitch with Werber attempting to swipe second, ending the Red Sox’ opportunity.

The local news account recognized the stellar performance, but it was more than just Newsom’s mound prowess that made the difference. From the Washington Evening Star:

“Buck Newsom has been tossed one man’s share of orchids for his gameness this season, but to skip over yesterday’s 14-inning drama which he won over the Red Sox, 2 to 1, would be an injustice.

“Buck wound up a hero, the out-and-out man of the hour, but were it not for his ability to throw off a stinging jab of fate, Newsom might well have been the ‘goat’ – and might never have lived down what, from the stands, seemed an out-and-out boner to the 5,000 anxious fans.

“With the bases loaded and one down in the fourteenth frame, Newsom came up to the plate and too late became aware of a daring but smart piece of running by Jake Powell. Starting with Lefty Grove’s lazy wind-up, Powell dashed from third base and would have stolen home with ease had not Newsom ticked with ball with a swing. If Buck had held back his bat on that initial pitch, the ball game would have ended there and then.

“In the face of what seemed an unpardonable deed – and which really wasn’t, because Powell’s daring attempt was prompted by no signal but only by Grove’s laxity – Newsom merely hitched up his belt and, with two strikes and no balls, banged a single to center to win the game himself.”8

Grove’s 13⅓-inning effort went unrewarded, but he did reach the 20-win mark by season’s end, downing the Philadelphia Athletics on September 24. His 300 career victories earned him a spot in Cooperstown in 1947.

The Senators moved in to sixth place with the win, and would finish the season in that position, 27 games behind the pennant-winning Tigers.

Louis Newsom, then known as Buck later known as Bobo, was left behind on the ensuing trip to Boston, but resumed his place in the rotation five days later against the St. Louis Browns, losing a 10-inning, 2-1 contest. Including the 0-6 early-season record he posted with the Browns before being purchased by Washington on May 21, he finished the year at 11-18.

Bobo won an additional 184 games before his career ended in 1953, six years after Grove’s Hall of Fame induction.

In addition to the sources mentioned in the Notes, the author also consulted Baseball-Reference.com and Retrosheet.org.