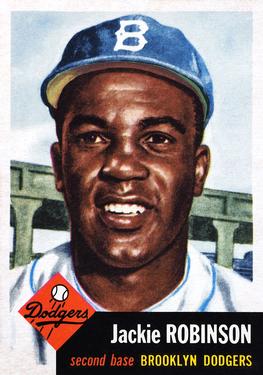 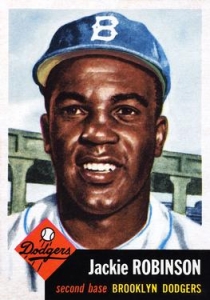 The 1953 Dodgers enjoyed so much success against the St. Louis Cardinals that it has stood the test of time. It was impressive dominance by a great team against a pretty good team that struggled mightily at Ebbets Field.

The Ladies Day game between the Dodgers and Cardinals on September 1 was the last of 11 that the two teams played in Brooklyn in 1953. The Dodgers had won the first 10, including all three started by that day’s Cardinals starter, second-year man Joe Presko.

Stan Musial did his best to get the Cardinals off to a good start in the first inning, homering off Dodgers starter Preacher Roe, who entered the game having won his last eight decisions.

The lead didn’t last long. Jackie Robinson had been left at the plate when Duke Snider was caught stealing to end the first inning. In the second, Robinson doubled, went to third on a lineout to right field by Roy Campanella, and scored on a double by Gil Hodges to tie the game, 1-1.

Presko escaped further damage in the second but ran into trouble in the third. Robinson’s two-out single brought home Pee Wee Reese from second base and was the first of four straight hits for the home team. Robinson scored on Hodges’ single, and Campanella went home on a single by Carl Furillo. Presko was done after 2⅔ innings, having allowed four runs.

Cardinals relievers fared no better. After Snider grounded out to produce a run, Robinson followed with a single that scored Reese. Robinson advanced a base on the throw home, but the play at second was close. When it didn’t go the Cardinals’ way, their shortstop, Solly Hemus, and manager Eddie Stanky (a former Robinson teammate) were ejected for arguing with umpire Hal Dixon.1 Hemus was so upset that he threw a baseball into the stands in frustration.2 His team trailed 6-1 through four innings.

The remainder of the game was one of Cardinals home runs and Dodgers counterpunches (the boxing term a tribute to St. Louis native Sonny Liston, who the newspapers noted was making his pro debut the next day).3

Harry Elliott and Rip Repulski cut into the Dodgers’ lead with fifth-inning solo homers. The Dodgers rebounded with three runs in the sixth. Snider drove in Reese with a double, then scored on a single by Robinson, who came home on Furillo’s double to make it 9-3.

Steve Bilko’s home run in the seventh was countered by three more Dodger runs in the bottom of the inning, with Reese, Campanella, and Hodges each driving in a run. Robinson made his only out of the game, striking out against reliever Cliff Chambers.

The Cardinals had one more home run in them. Bilko hit it off Roe with two outs in the ninth inning to account for the final score. The Dodgers won, 12-5. It was their sixth straight win and reduced their magic number to clinch the pennant to 13. The win was emblematic of how things went at Ebbets Field for the two teams that season. The Dodgers outscored the Cardinals 109-36 in the 11 matchups there.

Robinson finished 4-for-5 with three RBIs and three runs scored. He had two four-hit games in 1953, the other having come nine days earlier, in the second game of a doubleheader against the Pirates on August 23. It was also the 11th game in a 16-game span for Robinson in which he hit .468 with 29 hits, 16 runs batted in, and 16 runs scored.

This game also featured an odd statistical occurrence. The Dodgers had 25 at-bats with runners in scoring position. The Cardinals had none. It is the only game in the Retrosheet database (spanning 1933 to August 2019) in which one team had that many such at-bats and the other team had none.4

The consolation for the Cardinals was that their five home runs gave them a franchise-best 120 for the year. Their previous record was 119, set in 1940.5 The Cardinals finished the season 0-11 at Ebbets Field but 83-60 everywhere else. Their final record of 83-71 was good for third in the NL.

In addition to the endnotes listed below, the author used box scores at Baseball-Reference.com and Retrosheet.org.