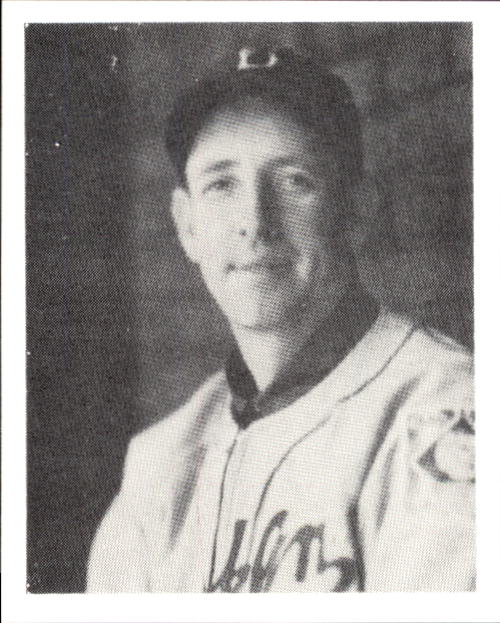 Historian Bill James has called the 1941 Brooklyn Dodgers “that close to being a perfect team,” citing their lineup that had future Hall of Famers Joe Medwick in left field, Pee Wee Reese at shortstop, and Billy Herman at second base and included such other luminaries as Pete Reiser, Dixie Walker, and Dolph Camilli. “In the history of baseball, that is probably as close as any team has ever come to putting out a lineup of eight legitimate stars,” James wrote.1

On September 11, 1941, those Dodgers arrived in St. Louis for their final three games against the St. Louis Cardinals, with whom they had waged a season-long battle for the National League pennant. Brooklyn’s lead was one game, with just over two weeks left in the season.

The local press was calling it the “Little World Series,” the same designation sportswriters had used for the crucial late-season series played at Sportsman’s Park between the St. Louis Browns and the New York Yankees in 1922. Baby Doll Jacobson, the star center fielder of that Browns team, visited the Cardinals dressing room to wish them luck.2

The Dodgers won the first game, 6–4, on Dixie Walker’s two-run single in the 11th inning. It was a sloppily played game, with each team committing four errors. Brooklyn’s lead grew to two games. The crowds were as rabid at Sportsman’s Park as they had been at Ebbets Field two weeks earlier, and tension on the field was as great as it was in the stands.

The bench jockeys from both teams had taunted one another all afternoon, and several players had lodged complaints with umpire Al Barlick. The Dodgers’ aggressively belligerent manager, Leo Durocher, was at the forefront of all the complaints and arguments, as he always was. Before the September 12 game, NL President Ford Frick met with Durocher, Cardinals manager Billy Southworth, and the umpires and ordered them to tone down the badgering and arguing.

St. Louis, behind the pitching of Howie Pollet and Max Lanier, won the middle game of the series, 4–3, setting up the rubber game on Saturday. Brooklyn’s lead was again down to one game, and unless the two teams ended the season deadlocked, this would be their final meeting.

The third game, on Saturday, September 13, drew a crowd of 32,691, Sportsman’s Park’s largest non-Sunday crowd since 1927. Cardinals fans were as devoted to their team as Dodgers fans were to theirs. Durocher started Whit Wyatt (19-10), while Southworth chose Mort Cooper (13-6).

Because of the stakes involved, this game between the Dodgers and Cardinals was among the most dramatic ever in the history of these longtime rivals. Through seven innings, neither team could score. Wyatt, normally a fast worker, was pitching at a much more deliberate pace than usual and had been in trouble in the fifth and sixth innings.

In the fifth the Cardinals had runners at first and third with no outs, but Wyatt struck out Gus Mancuso and Cooper, and Jimmy Brown grounded out. After retiring the first two batters in the sixth, he gave up a single to Johnny Mize and hit Estel Crabtree with a pitch. A passed ball by catcher Herman Franks allowed the runners to move up a base. Durocher chose to intentionally walk Frank Crespi and pitch to Marty Marion. Loading the bases in that situation was a daring move, but Wyatt justified it by getting Marion on a pop fly to his opposing shortstop, Pee Wee Reese.

Meanwhile, Brooklyn had managed five walks against Cooper, but the Cardinals right-hander had allowed no hits. Dixie Walker ended the potential no-hitter in the eighth inning with a one-out double to right-center. Next up was Billy Herman, who also ripped a double to right-center, driving in what would be the game’s only run. “Walker, running as if a horde of red demons were on his heels, galloped across with the all-important run,” wrote Roscoe McGowen in the New York Times.3

Walker said after the game that he stole catcher Mancuso’s sign and signaled Herman that the next pitch would be a curveball. “Billy’s eyes bugged out so far that I was sure the Cardinals would catch on and switch,” he said.4

Wyatt retired the last six St. Louis batters, including a strikeout of pinch-hitter Enos Slaughter to end the game and give him his 20th win. Slaughter, along with Terry Moore, had been out for the past month. He had taken batting practice, but his shoulder was still too sore for him to play the field. The pinch-hitting appearance was his first game action since the injury.

Speaking of this game years later, Wyatt said, “I think that was the best game I ever pitched in my life.” When Slaughter came up to pinch-hit in the ninth, Durocher came out and said, “You know this fellow can hurt you, don’t you?”5 Wyatt did know, but he struck out the rusty Slaughter on three fastballs.

Despite losing Moore and Slaughter, Cardinals president Branch Rickey waited until four days after this game to bring up the team’s best prospect, outfielder Stan Musial, from the International League’s Rochester Red Wings. “Why didn’t he bring Musial up earlier? That’s what all the players wanted to know,” remembered Johnny Mize. “We might have gone ahead and won the pennant.”6

That winter Walker discussed the three games in St. Louis with The Sporting News’s editor, J.G. Taylor Spink. “I have been in baseball for some years, but that series of three games with the Cardinals was the most thrilling of my life,” Dixie told Spink. “We won that series because we rode the younger St. Louis players into the jitters.” Walker called Wyatt’s win over Cooper “one of the greatest games in the history of the major leagues.”7