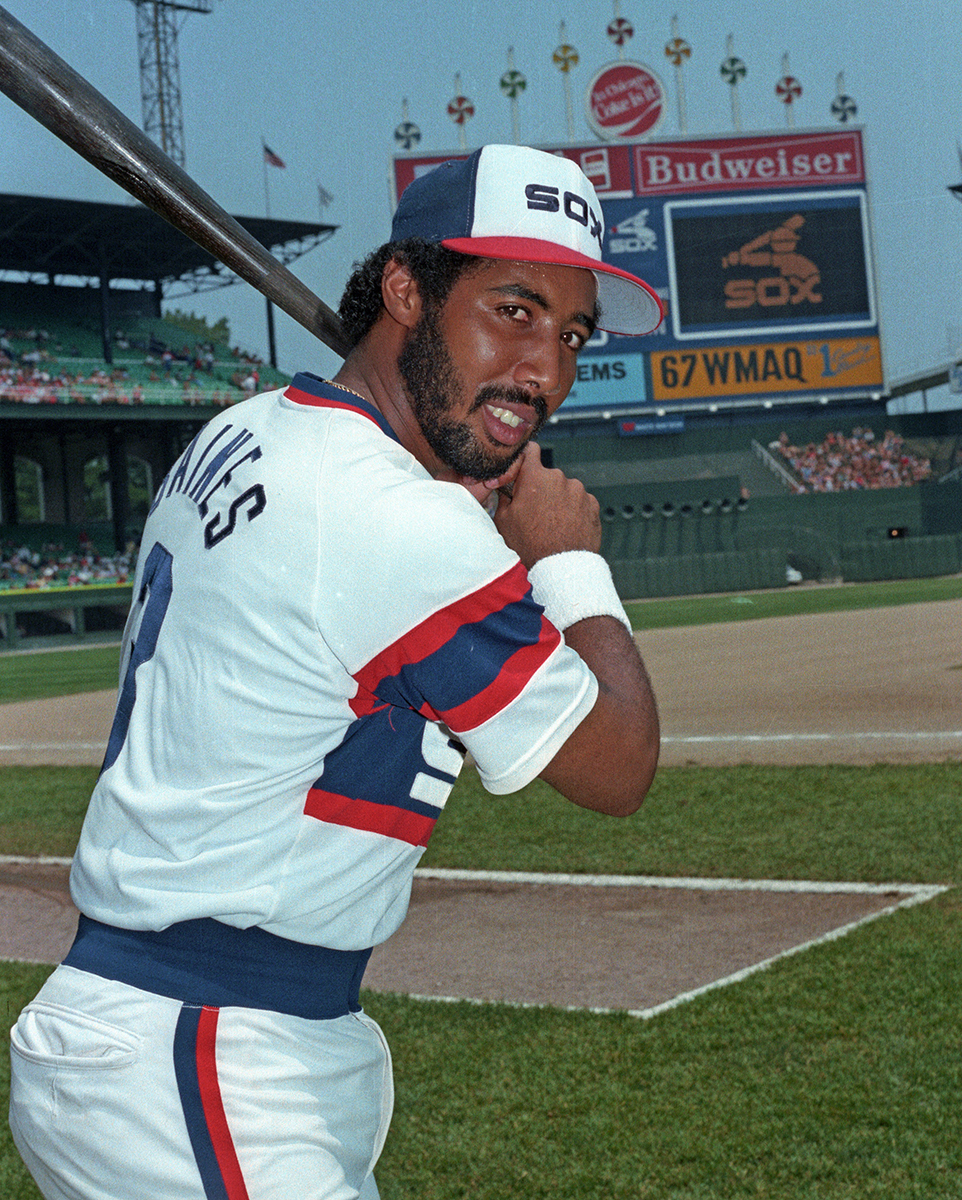 The Chicago White Sox were headed to the playoffs! Needing either a win or a loss by the Kansas City Royals, Chicago was on the verge of playing for the American League crown. The mid-September game itself had somewhat symbolically been delayed, held up for 38 minutes because of a heavy rainstorm. Even after the rain stopped, throughout the game “a constant roar of thunder accompanied by bolts of lightning crackled overhead, as if in tribute and anticipation.”1 However, “there was no way the enthusiasm of Chicago baseball fans could have been dampened.”2 The last time the White Sox won the American League pennant was in 1959 (in the National League, the Cubs’ last pennant was in 1945), and so the title drought for a Chicago baseball team finally ended after 24 years, and the Chicago faithful went wild. It had even been 11 years since the White Sox finished as high as second in the AL West Division.

Chicago had won five previous pennants, “but their famine for any title was the second longest in the American League.”3 They had gone 2-2 in World Series play. They captured their first pennant when they topped the American League in its inaugural season (1901), before the era of the World Series. In 1983 the White Sox had a slow start to the campaign. They lost the first three games of the season. They finished April with a mark of 8-10 and May with a record of 12-15. On June 1, the White Sox were in fifth place. On June 22, they beat the Seattle Mariners to even their record at 33-33, putting them in fourth place. Four weeks later, on July 18, they grabbed first place in the West Division and were there to stay. Further, with their success, the White Sox became the first baseball team in Chicago to draw more than 2 million fans, a mark they surpassed with this game’s attendance of 45,646. The victory in this game “climaxed an amazing turnaround.”4 Manager Tony La Russa summed up the season by saying, “The object was to get so far ahead that the manager couldn’t screw it up.”5

With the champagne chilling in the clubhouse, La Russa called on veteran Jerry Koosman. The 40-year-old lefty started the season as a relief pitcher for the White Sox, but on May 24, he started against the Boston Red Sox and picked up the win. He became a member of the starting rotation, and he now was seeking his 10th win of the season and 201st career win. Chicago had won 10 of 11 coming into this game, and four of those games (including the sole loss) ended via the walk-off. Seattle countered with right-hander Jim Beattie, who had dropped eight of his last nine decisions for the last-place Mariners, losers of their previous five games.

Maybe it was the delay, maybe it was nerves, but the White Sox were a bit unsteady in the first inning. Koosman issued a one-out walk to Phil Bradley and a single to Tony Bernazard. Al Cowens hit a grounder to White Sox shortstop Scott Fletcher, who threw to second baseman Jose Cruz, forcing Bernazard. But Cruz made an errant throw to first trying for the double play. Bradley scored and Cowens advanced to second. Koosman struck out Steve Henderson to retire the side.

Beattie was also a bit wild through the first three innings, issuing a free pass in each frame. He managed to escape the first two innings without yielding a run, but in the third, Cruz led off with a walk. After Rudy Law flied out, Carlton Fisk singled and Cruz motored to third. Harold Baines grounded to second baseman Bernazard, whose only play was at first. Baines was retired but got an RBI as Cruz crossed the plate on the play.

Chicago took the lead in the bottom of the fourth when Tom Paciorek, who had doubled to right field to start the inning, scampered to third on Ron Kittle’s a slow grounder to the pitcher for the first out. Paciorek then scored on a suicide squeeze bunt by Vance Law, a move that caught everyone by surprise. Fletcher followed by drawing a walk. With Cruz batting, Fletcher took off for second. Mariners catcher Orlando Mercado threw the ball away, allowing Fletcher to get to third, but he was stranded there when Cruz hit a comebacker to the mound for the third out.

And the score remained 2-1 Chicago. With each Seattle out, the atmosphere became more tense. Baines led off the bottom of the eighth inning by bashing a solo home run that gave the White Sox an all-important insurance run. His 18th home run of the season was also his third round-tripper in the last three games.6

Koosman had gone eight innings, facing the minimum from the fifth inning through the eighth. He had allowed one earned run on six hits and a walk. He struck out five Mariners and left the game in the ninth with a 3-1 lead after yielding a leadoff single to Bernazard. Koosman had pitched well enough to win, but reliever Dennis Lamp couldn’t save the game. Lamp’s first batter was Cowens, who reached on an infield single. Steve Henderson grounded a ball to short and was retired, but both runners moved up a base. Ricky Nelson pinch-hit for Dave Henderson, and he greeted Lamp by stroking a double into center field. Bernazard and Cowens both scored, tying the game. Lamp then intentionally walked Ron Roenicke. Darnell Coles grounded out and Lamp struck out Mercado with runners on second and third. This turn of events definitely “fueled the drama.”7 According to the Los Angeles Times, “the partisan fans had some anxious moments,”8 but none of them left the ballpark.

Now it was Chicago’s turn to bat. Seattle skipper Del Crandall made a call to the bullpen, bringing in righty Bill Caudill to pitch for Beattie. The day before, Caudill had been roughed up for five runs (all earned) on three hits and two walks, all in the same inning. With this game tied, Caudill was again wild. Leadoff batter Jerry Hairston lined out to Caudill. Then Caudill walked Cruz, Rudy Law, and Fisk in succession. Fisk had a full count and as Caudill delivered the pitch, Cruz took off for third. Home-plate umpire Al Clark barked ball four. The Mariners “beefed, contending Fisk had swung and missed the pitch for strike three.”9 Fisk didn’t help matters by standing in the batter’s box instead of trotting down to first. Seattle’s appeal to first-base ump Jim Evans was denied. Fisk took first and the bases were loaded. Caudill was sent to the showers, and in came southpaw Ed Vande Berg to face the left-handed-batting Baines.

All Baines had to do was hit the ball out of the infield. When he swung the bat at Vande Berg’s first pitch, the ball traveled 380 feet for an out. But that was only out number two, and it was deep enough for a sacrifice fly. Cruz tagged third and raced home with the game-winner. So did third-base coach Jim Leyland, almost beating Cruz to the plate. The White Sox had won another game in walk-off fashion. Fans stormed the field. Vande Berg had faced one batter, had thrown only one pitch, and had gotten that batter out, yet the Mariners lost the game. After the game, standing far from the excitement all around him on the field, Baines said, “Deep down inside, I’m feeling good. But I don’t like being over-emotional.”10 He had driven in three of Chicago’s runs.

The front page of the Chicago Tribune celebrated the end of the postseason drought with the headline “Sox Are Champs!”11 The second-place Kansas City Royals also won their game, but they could no longer catch the White Sox; they were down by 16 games with 15 to play. In the clubhouse, the players celebrated, showering each other with that chilled champagne. Cruz “was working on a magnum and talking. ‘I want to thank [general manager] Roland Hemond for thinking about me, for considering me as a player who could help his team. I’m at the top of my career thanks to these guys.’”12 Not far away, Hemond “was acting like a kid with an unlimited expense account in a sweet shop.” He told reporters, “This is absolutely precious.”13

La Russa was ecstatic, gushing, “Think about it. Just think about it. We are the champions. Not New York. Not Los Angeles. Chicago.”14

3 Chicago Tribune, “Sox Are Champs!” September 18, 1983: 1, continued on 13. The Cleveland Indians were the only other AL team with a longer wait, having won the American League pennant in 1954.

6 Baines hit a home run the next night as well, giving him four consecutive games with a round-tripper.