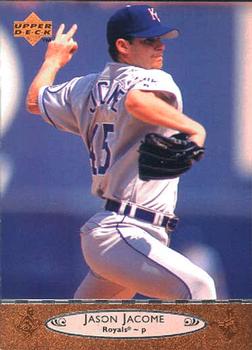 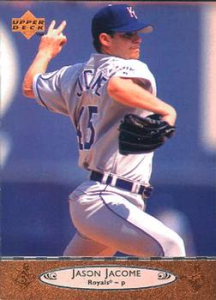 All of this was involved when the International League’s 1998 Governor’s Cup Series between two popular Triple-A franchises, the Buffalo Bisons and Durham Bulls, came down to a deciding Game Five.

Both the Bisons and Bulls generated distinctive storylines during the 1998 season. Both franchises were popular throughout the 1990s, with the Bulls thrust into prominence by the 1988 movie Bull Durham and the Bisons playing to record crowds at North AmeriCare Park,1 built prior to the 1988 season and the precursor to Camden Yards and the retro ballpark movement.2

The Bisons, a Cleveland Indians affiliate, sought their second championship in two seasons – in two different leagues. In 1997 they were crowned as the final champions of the American Association, which disbanded after the season when baseball realigned from three Triple-A leagues to two. The Bisons returned to the IL, where Buffalo had hosted teams from 1886 to 1898 and 1901 to 1970.3 In its 1998 return, Buffalo established the all-time IL attendance record at 768,749 patrons, more than 75,000 higher than the previous record set by the 1993 Ottawa Lynx.4

There, the Bisons faced the Bulls, in their first season at Triple A after being in the Class A Carolina League from 1980 to 1997. They were affiliates of the Tampa Bay Devil Rays, who had joined the American League for the 1998 season. The new Durham Bulls Athletic Park, which had hosted its first Triple-A game on April 16, was now the site of a championship game; the previous league championship series held in Durham was played between the Durham Bulls and Prince William Cannons nine years earlier.5

The Bulls were led by third baseman Scott McClain, who finished tied for second in the IL with 34 home runs and 109 RBIs. Outfielder Greg Blosser was second on the team with 25 homers and 72 RBIs while outfielder Jim Buccheri led Durham with 37 stolen bases. Dave Eiland led the Bulls pitching staff with 13 wins and 171⅔ innings pitched. His regular-season 2.99 ERA was second among qualifying IL pitchers, just ahead of Jacome. Durham swept the Louisville Redbirds to reach the finals.

During Game One of the finals, the Bulls scored five early runs, but the Bisons responded with three second-inning runs and six unanswered runs combined during the fifth and sixth innings, winning 9-6.6 Ramirez’s three RBIs and Jason Rakers’ strong seven innings pitched in Game Two gave Buffalo a 6-4 win and a two games to zero series lead.7

The Bulls rebounded when the series shifted to Durham, winning Game Three 9-8 behind Russ Morman’s three hits and three RBIs, while fending off a late Buffalo charge. The 36-year-old Morman was no stranger to Bisons fans, having played for the Double-A Bisons (as a Chicago White Sox affiliate) in 1985-1986 and the Triple-A Bisons (as a Pittsburgh Pirates affiliate) in 1993. The Bisons scored during each of the final five innings with Durham closer Mark Eichhorn, a 37-year-old veteran with 563 major-league appearances and two World Series rings, holding on “for an excruciating save.”8 Eichhorn announced his retirement after the series concluded.9

During Game Four, Buffalo took an early lead, but Durham battled back. The Bulls’ comeback was completed by Chris Martin, hitting ninth and enduring an 0-for-18 slump, when his ninth-inning single off the left-field wall with no outs scored the tying and winning runs.10 Durham outlasted Buffalo 7-6 to knot the series.

The deciding game was a winner-take-all with each team’s staff ace on the mound, in a rematch from Game One: Eiland for Durham and Jacome for Buffalo.11 Buffalo third baseman and future major-league manager Lovullo commented, “We respect them and both teams are slugging out back and forth. We’re into the 10th and 11th rounds. We’ll see who’s going to be left standing for the last rounds.”12

Durham threatened in the bottom of the second inning. Morman blasted a towering drive to deep left field that excited the crowd as the clout appeared to be a two-run homer, but the ball sailed straight into a strong headwind that prevented the blast from flying over the Durham Bulls Athletic Park’s Blue Monster. Left fielder Cruz was surprised when the ball turned into a warning-track shot: “I turned on it and the wind had blown it right to me. I was shocked.”14

The Bisons increased their lead in the third. Steve Soliz’s single led off the inning. Cabrera sacrificed Soliz to second base. Lovullo’s single to center field scored Soliz for a 2-0 lead; Lovullo advanced to second on a throwing error to the plate. Lovullo reached third on Ramirez’s groundout and scored on Cruz’s single. Buffalo had a 3-0 lead.

The Bulls loaded the bases during the bottom of the third inning but didn’t score. The inning ended with a 4-6-3 double play highlighted by Cabrera’s critical pivot. The middle innings were quiet on offense, as Jacome’s shutout continued.

In the seventh inning, Durham threatened once again. With two outs and runners at first and second, Martin hit a line drive at Buffalo third baseman Bill Selby for the apparent third out. But Martin’s bat hit catcher Soliz’s glove, and Martin was awarded first on catcher’s interference. The Bulls had the bases loaded with leadoff hitter Kerry Robinson at bat. Jacome wiggled out of another jam with a timely strikeout, his third that evening.

The Bulls finally broke through in the bottom of the eighth. Buccheri started the inning with a single. Steve Cox’s double to deep right-center field brought home Buccheri to ruin Jacome’s shutout bid. Chris Niehting relieved Jacome. Durham’s offensive star and cleanup hitter McClain, who struggled all series, struck out. Left-hander Tom Martin relieved Niehting for a lefty-lefty matchup. Luke Wilcox popped out. Jeff Sexton relieved Martin for a righty-righty matchup. Morman grounded out to the end the threat.

In the bottom of the ninth inning, Sexton struck out Darron Cox for the first out. He struck out John Patterson for the second out. Chris Martin, Game Four’s ninth-inning hero, walked to the plate with two outs. Martin hit a grounder to Cabrera, who threw across the diamond to Jeff Manto for the final out. The championship celebration began as the Bisons players swarmed each other in the infield.

Jacome, who escaped second- and third-inning jams, earned the win with seven innings of one-run ball. Buffalo’s ace compiled a perfect 3-0 record during the playoffs and commented, “I couldn’t have asked for a better year.”15 Jacome was called up to Cleveland after the series, and started one game. That November, his contract was purchased by the Yakult Swallows of the Japan Central League,16 where he pitched for the next two seasons.

Sexton, who retired all four batters he faced, had only one save during the regular season. He was intensely focused during the game: “My intensity level was so high and that really helped out,” he said. “I just kept looking at Soliz’s mitt the whole time and never took my eye off it. I just tried to zone in.”17

Eiland was obviously disappointed with the outcome, but graciously commented, “That first run should never have scored. I pitched well tonight, but sometimes you just have to tip your cap to the other guy. I’ll tell you what, I’ll miss this team. This is the best group of guys I’ve been with in my whole career.”18 Cruz provided significant offensive support, hitting 3-for-4 with two RBIs.

Bisons manager Jeff Datz summarized the series: “Our guys stepped up and got it done tonight, but that Durham team battled to the very end. It went right down to the last out. [Evers] has a great bunch of guys and a great team. We wanted to come down here Wednesday and finish them off, but they wouldn’t let us do it.”19 By winning the IL Governor’s Cup Finals, Buffalo advanced to the Triple-A World Series against the Pacific Coast League-winning New Orleans Zephyrs. New Orleans won the series, 3 games to 1.

The author thanks John Fredland and Kurt Blumenau for their article recommendations, Laura Peebles for her fact-checking, Len Levin for his copy-editing, and Lisa Gattie for her meaningful input.

Besides the sources cited in the Notes, the author consulted Baseball-Reference.com, Retrosheet.org, and TheBaseballCube.com.

5 The Bulls made six playoff appearances in the Carolina League between 1980 and 1996, but didn’t win a title; their last title occurred in 1967 when they defeated the Portsmouth Tides for the Carolina League championship. Mike Potter, “Bulls Force Game 5.” Durham (North Carolina) Herald-Sun, September 18, 1998: B1.