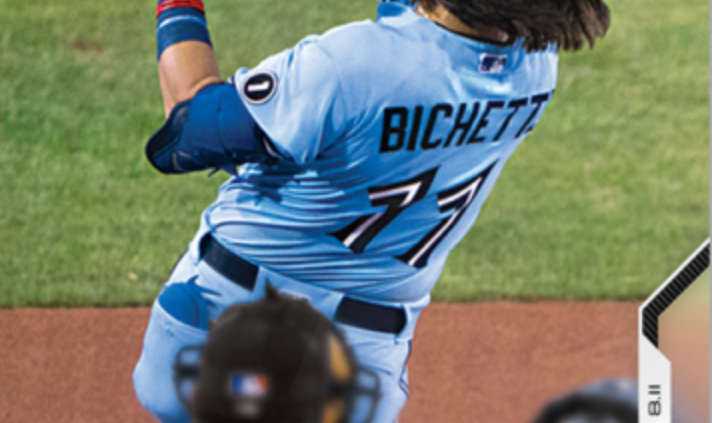 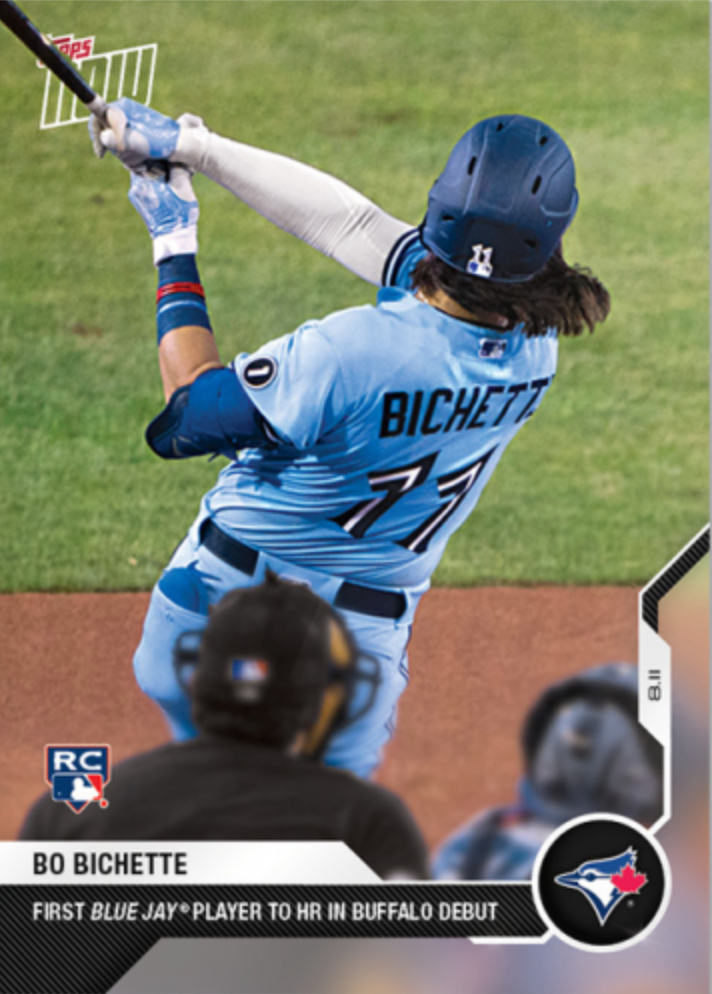 Buffalo hadn’t hosted a major-league baseball game in over a century. The Queen City was once home to the National League’s Buffalo Bisons, who last played on October 10, 1885,1 and the Federal League’s Buffalo Blues, who last played in Buffalo on September 8, 1915.2 While Buffalo witnessed several successful minor-league teams throughout the twentieth century, served as a home for the 1951-1955 Negro Leagues Indianapolis Clowns,3 and narrowly missed the opportunity to rejoin the majors during the 1990s expansion, unexpected events returned big-league baseball to Buffalo in 2020.

COVID-19 forced Major League Baseball to establish protocols for preventing disease transmission. These protocols included reducing the 2020 season schedule to 60 games, delaying season openers, and playing games without fans in the stands. Based on the revised schedule starting on July 23, Toronto planned to host the Washington Nationals on July 29. On July 18, Canada’s federal government denied the Blue Jays’ request to play their home games at Toronto’s Rogers Centre over concerns about disease transmission.4 Buffalo, only 90 miles from Toronto, was home to the Blue Jays’ Triple-A affiliate, the International League Buffalo Bisons. While playing at Buffalo’s Sahlen Field5 was feasible, Blue Jays’ management also considered Pittsburgh’s PNC Park and Baltimore’s Camden Yards.6 On July 25 the Blue Jays announced that their home games would be played at Sahlen Field.7

Although the Blue Jays’ home field was finalized, their home opener was nearly delayed again. On July 28 the Marlins were shut down for a week after 17 players and staff members tested positive for the coronavirus, placing the Jays-Marlins series at risk.8 When no additional cases were identified, the Blue Jays could finally prepare for their home opener on August 11.

Sahlen Field, the precursor in design to Baltimore’s Camden Yards,9 had hosted the Buffalo Bisons since 1988, and finally had the opportunity to shine for an official major-league game. The Jays upgraded Sahlen Field with brighter lighting, extended dugouts, repurposed player and staff areas, and redesigned ballpark spaces, but maintained existing field dimensions.10 Although no fans attended, many cardboard fan cutouts were placed throughout the ballpark, including one of Bisons superfan Mark Aichinger behind home plate.11

Hyun-jin Ryu started for Toronto. Ryu, who joined Toronto during the offseason as a free agent, was making his fourth start. He also started the Blue Jays’ first game, on July 24 against the Rays at Tropicana Field,12 and was 1-1 with a 5.14 ERA in 14 innings pitched. He struggled during his first two outings, then pitched five shutout innings against Atlanta to earn his first win during his last start. Ryu usually pitched well against the Marlins; in four career starts, he was 3-1 with a 2.63 ERA over 26⅓ innings.

Elieser Hernandez started for Miami. Hernandez was making his second start; on August 5 he pitched 4⅓ shutout innings against the Baltimore Orioles. The 25-year-old right-hander was 3-5 with a 5.03 ERA in 15 starts and 82⅓ innings for the 2019 Marlins, his second major-league season. His 2019 strikeout rate of one per inning and his 3/2 strikeouts-to-walks ratio were noteworthy metrics for the promising youngster..

Brian Anderson led off Miami’s second inning by driving a home run down the left-field line, into the netting protecting Oak Street traffic. Francisco Cervelli popped out, and Lewis Brinson and Logan Forsythe struck out. Toronto’s Lourdes Gurriel Jr. started the bottom half by walking. With Vladimir Guerrero Jr. up, Gurriel was picked off first but reached second on Hernandez’s errant pickoff attempt. With Gurriel on second after two groundouts, another Hernandez pickoff attempt bounced into center field. Miami shortstop Villar slowed Gurriel’s advance by holding his leg; after Gurriel broke loose, he ran toward third base, but was easily tagged out. Umpires ruled Gurriel out; while entitled to second base due to interference, he wasn’t entitled to third since he was returning to second when the interference occurred. After two innings, Miami led 1-0.

Both pitchers held their opponents scoreless over the next three innings, though the Marlins threatened in the third inning. With one out and runners on first and second, Aguilar grounded into a 6-4-3 double play. Through five innings of an unfolding pitchers’ duel, Hernandez limited the Jays to a lone hit while Ryu limited Miami to two hits.

In the sixth inning, Ryu retired the Marlins on a strikeout and two groundouts. Hernandez encountered trouble in the Jays’ half against three former Bisons. Danny Jansen doubled to left field. Biggio doubled off the top of the left-field wall, moving Jansen to third base. With two runners on base for the first time in the game, Bichette launched Hernandez’s 91-mph fastball off the left-field light tower for a three-run home run,14 giving the Jays a 3-1 lead. Travis Shaw lined out to center. James Hoyt replaced Hernandez and finished the inning without additional damage.

Rafael Dolis relieved Ryu for the Marlins’ seventh inning. Dolis retired the top of Miami’s order on a groundout and two lineouts. Justin Shafer relieved Hoyt to start Toronto’s half. After a Guerrero fly out, Shafer walked two batters around a strikeout. With two on and two outs, Biggio singled to right field, scoring Randal Grichuk and extending Toronto’s lead to 4-1. Biggio stole second base to place two runners in scoring position, but Bichette ended the threat by flying out sharply into center field.

Berti led off the Miami ninth inning by greeting new reliever Anthony Bass with a left-field double. Aguilar lined out to center. Dickerson grounded out. Although Berti advanced to third base, the Marlins were down to their final out. However, they weren’t finished yet. Anderson walked. Cervelli launched a three-run long ball over the left-field wall to tie the game 4-4. A.J. Cole relieved Bass and Brinson flied out.

In the Toronto ninth inning, Guerrero Jr. faced incoming Miami reliever Brad Boxberger and grounded out. Grichuk reached first on an infield single, but Joe Panik grounded into a double play to send the game into extra innings.

Cole returned to face Miami in the 10th inning. As part of MLB’s new rules for the 2020 season, Lewis Brinson, as the hitter who made the last out of the previous inning, started the new inning at second base with no outs. Forsythe hammered a pitch down the left-field line that was initially ruled a home run; upon review, the home-run call was changed to a foul ball. Instead of putting Miami ahead, Forsythe struck out on three pitches. Eddy Alvarez flied out in foul territory. Villar was intentionally walked. Cole uncorked a wild pitch, and both runners advanced. With two outs and both runners in scoring position, Berti flied out to left field.

During the bottom of the 10th, Stephen Tarpley relieved Boxberger. Anthony Alford, running for Panik, started at second base. Jansen sacrificed Alford to third base. Biggio walked on five pitches. Bichette was intentionally walked to load the bases — the first time either team loaded the bases. Shaw lined a 2-and-2 pitch for a single to right, plating Alford with the winning run.

Cole received his first win of the season. Tarpley took the loss, though the winning run was unearned based on 2020 rules. Ryu dominated Miami, allowing two hits over six innings while striking out seven. While Buffalo and Toronto fans were eager to see live baseball at Sahlen Field, Buffalo Mayor Byron Brown discouraged fans from watching on the nearby highway on-ramp, saying, “We don’t want people congregating on the 190.”15

Both teams reached the 2020 post-season.16 The Blue Jays finished third in the American League East with a 32-28 record, eight games behind the division-winning Rays. Toronto reached the playoffs for the first time since 2016 but was swept in two games by the Rays in the AL wild card series. Despite playing in relatively unfamiliar environs, Toronto finished with a 17-9 record at Sahlen Field, notably better than their 15-19 road record.17

Following the season, Toronto manager Charlie Montoyo complimented the ballpark and staff, “We’re going to keep a lot of stuff from here, the signs and stuff. My son’s cutouts that were next to the bench, things like that. The players are too. It’s pretty cool. They really did a good job here. That’s what I like about this place. We made it into our home, and we played good here.”18

A century after Buffalo’s last prior major league game, the Queen City proved again she is major-league caliber.

3 Tim Graham, “Class Clowns: The Indianapolis Clowns Have a Rich Place in Buffalo Baseball History,” Buffalo News, September 22, 2004: B1. Before the August 11, 2020, game, Andrew McCutchen narrated a video saluting Buffalo’s Negro League history, which highlighted the title-winning Indianapolis Clowns and a young Hank Aaron, who was known as “Pork Chops” before he was “Hammerin’ Hank.” youtube.com/watch?v=alZY2TsvTJg. Accessed November 21, 2020. Buffalo’s baseball history also includes Bisons second baseman Frank Grant, who played with the International League Buffalo Bisons from 1886 to 1888, and was the last African-American ballplayer in the International League until Jackie Robinson played for the Montreal Royals in 1946.

12 Ryu pitched 4⅔ innings against the Rays, gave up three runs, and received a no-decision.

14 “Bichette Feels at Home with Blast in Sahlen Field.”

16 The Marlins finished second in the National League East with a 31-29 record, four games behind the division-winning Atlanta Braves. Miami reached the playoffs for the first time since winning the 2003 World Series. They swept the Chicago Cubs during the 2020 NL wild card series, then were swept by Atlanta 3-0 during the NL Division Series. Hernandez finished with a 1-0 record and 3.16 ERA over 25⅔ innings. Cervelli hit .245 with an .808 OPS in 62 plate appearances, then retired after the season.