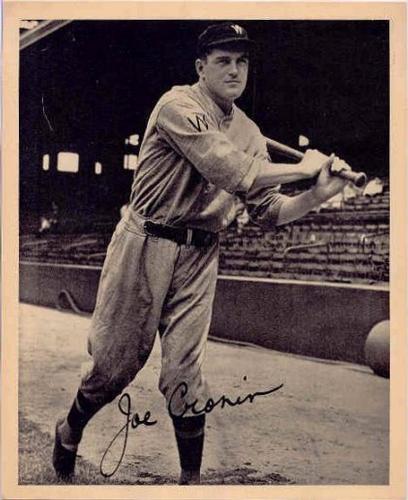 From 1929 to 1932, the Boston Red Sox played their home games in two ballparks: Fenway Park and Braves Field. After a 23-game road trip from August 10-31, 1929, the Red Sox played the entire month of September in Boston, splitting games between the two parks. To celebrate Labor Day, Boston hosted the Washington Senators for a “holiday double-header before 18,000 at Braves Field”1 on Monday, September 2. The first game revealed plenty of action, as Joe Cronin displayed “terrific stickwork”2 in hitting for the cycle.

Boston gave the start to Danny MacFayden (8-15). A week earlier, he had pitched against the Senators and had given up five runs (four earned) and 15 hits in a 13-inning complete-game 5-4 loss. For the season, MacFayden was 1-3 against the Senators in four contests. Washington countered with Myles Thomas. He had been sold to the Senators by the New York Yankees on June 15, 1929, after mounting an 0-2 record and 10.80 earned-run average with the Bronx Bombers. This was his 18th appearance for Washington (10th start), and the 21-year-old right-hander had won his five previous decisions.

According to the Boston Globe, as the game got underway, “[I]t was quite apparent that MacFayden was not on edge.”3 In the second inning, Senators leadoff batter Sam West reached on a walk. West advanced to third on Bennie Tate’s single and scored on Cronin’s double. Then with two down and two on, Joe Judge smacked a home run to make the score 4-0.

An inning later, Buddy Myer doubled. MacFayden retired West and Tate, but Cronin followed with a triple that brought in another tally for the Nats. Boston posted a run in the bottom of the second. The Senators struck anew in the fifth inning. West started things again with a single and an out later, Cronin drove a home run deep into the left-field stands for two more runs. Washington now led, 7-1.

In the seventh inning, Washington padded its lead. First baseman Phil Todt made an error (his 11th of the season) allowing Tate to reach, and then back-to-back-to-back singles by Cronin, Jackie Hayes, and Thomas accounted for two more runs, and the Senators lead increased to 9-1. The single by Cronin meant that he had hit for the cycle, with a double in the second, a triple in the third, a homer in the fifth, and a single in the seventh. All of the hits came off Boston starter MacFayden.

MacFayden lasted seven innings. As his team came to bat in the bottom half, Boston manager Bill Carrigan inserted Red Ruffing as a pinch-hitter and that paid off, as Ruffing laced a solo home run, his second homer of the season. Boston put together three singles by Elliot Bigelow, Todt, and Bill Narleski in the eighth inning, shaving one run off the deficit.

Cronin added a double off Ray Dobens in the ninth to give him five hits for the game. His leadoff double gave him 12 total bases, in a 5-for-5 performance. Sacrifice flies by Hayes and Judge brought the Washington shortstop home with his third run scored of the game and the 10th run for the visitors.

The Red Sox seemed to get to Thomas in the latter part of the game, registering a total of 15 hits against the right-hander. Boston attempted to make the game a bit more exciting with a rally in the final frame. Russ Scarritt started things with a triple and scored on Bigelow’s single. Bill Regan singled, putting two men aboard. Todt came next and cleared the bases with a triple of his own. Todt scored when Narleski notched his third single of the game. Suddenly, the Red Sox had scored four runs and the score was 10-7. Wally Gerber entered the game as a pinch-runner. Carrigan kept the player shuffle going by having Johnnie Heving pinch-hit for Alex Gaston. Heving smashed a “hot drive”4 but it was right to second baseman Myer for the final out of the game.

Despite all the hits (12 of the 15 hits allowed were singles) and five bases on balls he surrendered, Thomas picked up his sixth straight win, raising his record to 7-6. Boston’s Bigelow and Narleski each recorded three hits in five trips to the plate against Thomas, but all were singles. Bigelow scored twice and drove in a run; Narleski had two runs batted in.

The Senators had help from almost everyone in the 14-hit attack. Only Goose Goslin was held hitless; in addition to Cronin’s five hits, Sam Rice and the pitcher Thomas collected two hits apiece. Four Washington batters contributed sacrifice hits (Judge, Tate, Hayes, and Thomas). MacFayden allowed 13 safeties and three walks to the Senators hitters. Dobens pitched the final two innings for the Red Sox, responsible for one earned run on Cronin’s double.

In the second game of the doubleheader, Boston bounced back and defeated Washington, 7-2, behind Milt Gaston’s (brother of catcher Alex) complete game. Leadoff batter Bobby Reeves was 3-for-4 and finished the game a home run shy of hitting for the cycle. Bigelow also starred at the plate with four hits, while Jack Rothrock hit his fifth home run of the year.

Cronin was in his fourth season with the Senators, but 1929 was the first year that saw him play almost every game. He hit his first career home run that season and the round-tripper in this game was his eighth.

In accomplishing the cycle, Cronin extended his hitting streak to six games. He raised his batting average from .279 to .288 and his slugging percentage from .413 to .436. He went hitless in four at-bats in the second game of the twin bill. He became the third player in Washington Senators history to hit for the cycle, following Otis Clymer (October 2, 1908, against the New York Highlanders) and teammate Goslin (August 28, 1924, against the New York Yankees). Two other major leaguers hit for the cycle in 1929; the New York Giants’ Mel Ott did so on May 16 against the Boston Braves, and a week later (May 23), the St. Louis Browns’ Ski Melillo collected the single, double, triple, and home run against the Cleveland Indians.

Cronin accomplished his second rare feat of hitting for the cycle on August 2, 1940. This time he was the player-manager of the Red Sox. He became just the 14th player to hit for the cycle more than once in his major-league career.