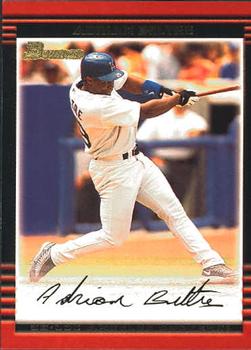 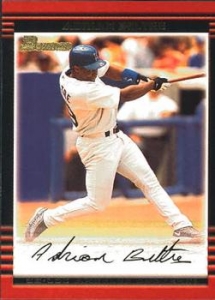 The headline of the Arizona Republic on September 3, 2002 summed it up pretty well: “3 Words: Worst Loss Ever.”1

The Los Angeles Dodgers came to Phoenix on September 2, 2002, trailing the Arizona Diamondbacks by six games in the National League West. The Dodgers were on a winning streak, having won 17 of their last 24 games. The 19 runs scored in this game would match their total output in a nine-game stretch that lasted from July 14 to 22. But now they were closing in on the Diamondbacks. They came to Bank One Ballpark for a three-game series trailing the Diamondbacks by six games. Arizona was in only its fifth year as a franchise, but the team had won the World Series the year before over the New York Yankees in seven games.

The Dodgers scored 18 of their 19 runs in the first seven innings. They pounded out 24 hits, matching their most hits in a game since they moved to Los Angeles in 1958. Of the 24 hits, five were home runs, five were doubles, and one was a triple.

The game started innocently enough with both teams going down in order in the first. In the top of the second, things quickly went badly for the Diamondbacks and starter Rick Helling. The first two LA batters, Shawn Green and Brian Jordan, homered off Helling. Before the inning ended, the Dodgers had sent 10 batters to the plate and scored five runs on six hits. This was the first of two innings in which they batted around. Helling lasted only 3⅔ innings, giving up seven earned runs on nine hits, before manager Bob Brenly replaced him with Mike Morgan. Morgan gave up one unearned run in 1⅓ innings.

The Dodgers widened the margin with two more runs in the fourth, one in the fifth, and two in the sixth. Meanwhile the Diamondbacks were being held scoreless.

Diamondbacks reliever Eddie Oropesa bore the brunt of the Dodgers’ attack, charged with 10 runs in all, two in the sixth and eight in the seventh.

In the top of the seventh, the Dodgers sent 13 batters to the plate and scored eight runs on seven hits. Two Dodgers hit home runs off Oropesa in the inning – Adrian Beltre with one on and a Mike Kinkade with the bases empty. How bad was this for Arizona? In this inning Wilkin Ruan, who had been just called up from Triple-A Las Vegas, got two hits in his first two big league at-bats. Oropesa faced 11 Dodgers hitters in the inning, and nine reached base. He gave up two singles, two doubles, and two home runs, walked two, and hit a batter. Oropesa was replaced by Bret Prinz, who was the highlight of the Diamondbacks pitching this night. He pitched 1⅓ innings and gave up no runs on two hits.

Dodgers hitting aside, the most intriguing part of the game came in the top of the ninth inning. With the score 18-0, Brenly made an interesting pitching change. He brought in 38-year-old Mark Grace to pitch. Grace was a first baseman who had spent most of his career with the Chicago Cubs. He ended his playing days in with Arizona in 2003 with a career batting average of .303 and 173 home runs. With the score 18-0, why not pitch Grace in the ninth inning? What could happen that already hadn’t? Every Dodger who began the game in the starting lineup had already been replaced. Grace would be facing a lineup that looked more the Dodgers’ Triple-A affiliate, the Las Vegas 51’s. When he took the mound, this brought players back from the locker room and fans to their feet.

The first two batters, Jeff Reboulet and Wilkin Ruan, flied out. Then rookie David Ross came to the plate. He proceeded to hit his first career home run. Grace said to catcher Damian Miller, “Please tell me that didn’t reach the restaurant.”2 Grace did get the next batter, Tyler Houston, to fly out. His fastball was reported as topping out at 63 MPH. Grace ended his brief big-league pitching career with a 9.00 ERA.

There was some humor to all this. Grace did an imitation of relief pitcher Mike Fetters with heavy sighs and neck snaps. After the game Grace said, “I have a new found respect for pitchers. My butt aches, my legs ache and my arm hurts. But if you can have five minutes of fun in a game like this, then it’s worth it.”3

Of Ross’s home run, Grace said, “He can obviously hit a 65-mile-an-hour fastball. That poor kid hit his first home run, and it’s off Mark Grace. I feel sorry for him.”4 Ross opined, “I’m going to tell everyone, my kids and my grandkids, that I hit my first home run off a future Hall of Famer. I just won’t tell them who it was.”5

Dodgers manager Jim Tracy summed up Grace’s performance best: “He’s one of the class people in this game and he has been for a long time. Obviously, he was having a little fun and we respect that.”6

The Diamondbacks attempted a “comeback” in the bottom of the ninth inning. Jeff Williams had come on as the fourth Dodgers pitcher of the game to finish things off. Greg Colbrunn led off the inning with a single to right field. With one out, Williams walked Mark Little and Jay Bell. With the bases loaded, Rod Barajas hit a sacrifice fly to center field, scoring Colbrunn with the Diamondbacks’ only run of the game. Quinton McCracken then struck out to end the game. Through the end of the 2019 season, this game stands as the worst blowout suffered by the Diamondbacks franchise.