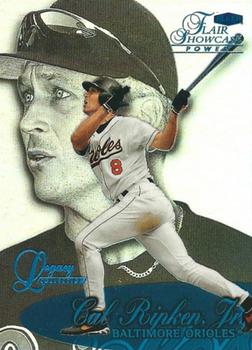 A standing-room crowd of 48,013 showed up at Camden Yards for Baltimore’s final home game of the 1998 season. When the gates opened, the scoreboard showed a lineup that was familiar to them. It included Cal Ripken, batting sixth and playing third base, the position he had occupied for the past three years.

But unbeknownst to fans, the scoreboard was not accurate. Ripken had walked into manager Ray Miller’s office 30 minutes before the teams were to take the field and told him, “It’s time.” The decision was one that only Ripken could make, so 16 years after Earl Weaver started him, he decided to let go and end one of the most impressive records in baseball history.

Ripken said after the game that he and his wife had talked and decided that he should end the streak in front of a home crowd. “It was important for us to do it here,” Ripken told reporters. “Right here in Baltimore, right here in Camden Yards. And make it a celebration.”1

Ripken had broken Lou Gehrig’s consecutive-game record of 2,130 on September 6, 1995. The Orioles beat the California Angels, 4-2, that night in front of a home crowd. As soon as the final out was made in the top of the fifth, marking it as an official game, orange and white balloons were released into the night air.

Ripken was pushed back on the field by his teammates, who told him, “[W]e’re not getting this thing going again until you take a lap. They physically grabbed me, threw me out there. And during the first part of that lap, I said ‘OK, I’ll just do it really quick.’”2

Once the record was broken, there were questions about whether Ripken should continue the streak. Some members of the Baltimore organization said he should end it to get some rest and allow other players to get additional playing time.

Ripken always deferred to his managers, saying it was their decision. But his managers always disagreed, leaving the decision to Ripken. Davey Johnson, the Orioles manager in 1995-1996, said that “only Cal or God can end the streak.”3

Ripken did not seem affected by the streak. Some had argued that his defensive range had diminished. Yet Ripken had made only eight errors this season, leading American League third basemen. Others said he wasn’t hitting the way he had in the past. But Ripken adjusted his swing constantly. He batted .279 in the 50 games before this last game against the Yankees, leading Miller to move him up in the batting order.4

Miller picked Ryan Minor to start in place of Ripken. Minor had been called up from the Class-A Bowie Baysox 11 days earlier. Minor made his debut on September 13 when he got a pinch-hit single batting for Harold Baines. When Miller told him about the start, his first reaction was, “Does [Cal] know?”5 When he saw Ripken in the dugout a short time later, Minor told him, “Thanks for the opportunity.” Ripken’s response was: “Go get ’em.”6

Many in the crowd didn’t notice the last-minute change in the lineup. New York Yankees manager Joe Torre said later, “I just had a sense that something was happening because Cal wasn’t doing his usual pregame throwing. He was sitting over there, waiting like a possum for something to happen.”7

Doug Johns, who had mostly come out of the bullpen for Baltimore during the season, was given the start. Chuck Knoblauch led off for the Yankees and grounded out to shortstop.

At this point the entire Yankees team stepped out of the dugout and tipped their caps to Ripken as fans rose to their feet to give him a standing ovation. “We wanted to do something for him,” Yankees catcher Joe Girardi said. “What he has done is absolutely amazing, and we owed it to him.”8

After his second curtain call, Ripken motioned to Johns to pitch. Derek Jeter singled and went to third when Chili Davis doubled to center field. Johns got out of the jam by striking out Jorge Posada for the third out.

Johns wasn’t so fortunate in the second. Chad Curtis walked with one out. He landed on third when Mike Lowell singled to right field. Curtis scored one batter later when Luis Sojo hit a line-drive single through a hole in the left side of the infield. Although Johns walked Jeter to load the bases with two outs, he got Bernie Williams to fly out to center field, limiting the Yankees to one run.

Johns pitched well through the next two innings. But the Yankees crossed the plate again in the fifth inning. After Williams and Posada singled, Tim Raines doubled to left, scoring Williams. Miller replaced Johns with Pete Smith who got the next two batters out.

Meanwhile, Orlando Hernandez, the Yankees starter, kept the Orioles off the bases, allowing three hits through the first four innings. Baltimore got on the scoreboard in the fifth when Lenny Webster hit a leadoff double and scored on Roberto Alomar’s single to center field.

Chris Fussell came out of the bullpen for the Orioles in the sixth and pitched two scoreless innings before the Yankees got the better of him in the top of the eighth. Lowell and Knoblauch singled to put runners on the corners. Jeter hit the third pitch from Fussell down the right-field line. His two-out triple brought both runners home and gave the Yankees a 4-1 lead.

The Orioles closed the gap to one run in the bottom of the eighth when B.J. Surhoff hit a two-run homer over the center-field wall. But the Yankees added another run in the top of the ninth. Chili Davis singled and pinch-runner Homer Bush scored on Shane Spencer’s double.

The Yankees led by two runs with the Orioles down to their final three outs. Mariano Rivera was brought in to save the game for New York. Mike Bordick flied out to center field on Rivera’s first pitch to him. Alomar then doubled. Rivera got Brady Anderson to pop out to the second baseman.

Eric Davis singled with two strikes on him to score Alomar. The Orioles needed one more run to tie the game. But Rafael Palmeiro grounded out to first to end the game and give the Yankees a 5-4 victory.

But the Yankees victory was forgotten amid the celebration of Ripken’s streak. After playing 2,632 games, Ripken finally took a break. He played through injury and the birth of his son, and saw the streak threatened by the players strike. Through it all, there was Ripken, the consummate professional, ready to play and help his team win.

“So that’s what a day off feels like,” Ripken joked after the game. “Now that I know what it feels like to take a day off, I don’t want to watch many games. I tried to do what others do. But I was antsy. I was fidgety.”9 He said he would return to the lineup the next night when the Orioles took the field in Toronto.

Former Orioles pitcher Jim Palmer noted that Ripken’s feat was amazing “because it was not only a physical accomplishment, but a mental one in that he had to be prepared every one of those games. It sets up different parameters than other players. Other players take a day off when they are in a slump. Cal doesn’t.”10

Jeter, who was in the batter’s box in the first inning when Ripken was celebrated by the crowd, said, “I have a great deal of respect for him and what he’s accomplished. That’s a record that’s not ever going to be broken. I mean, I’m tired right now and I haven’t played in that many games.”11

Perhaps Orioles coach Elrod Hendricks said it best when he said, “It’s great to see Cal do it with class, the same way he has handled everything else in his career.”12

In addition to the sources cited in the Notes, I used the Baseball-Reference.com and Retrosheet.org websites for box-score, player, team, and season pages, pitching and batting game logs, and other material pertinent to this game account.